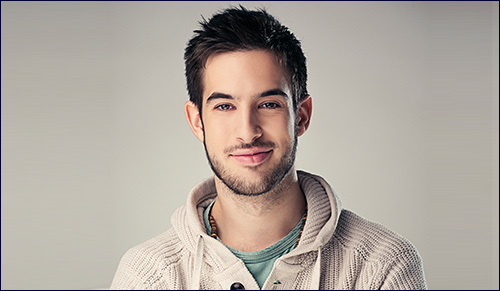 Three keys to peering into the soul of the person you’re dating.

How can you tell the true nature of the person you’re dating well before the chuppah, and thereby avoid some unpleasant surprises down the line?

The Talmud gives us a short and pithy saying, a play on words of sorts, that assists us in knowing what someone is really like and thus "fast-tracking" our understanding of another so we can quickly see what makes someone tick and what they are really like. The three keys to peering into the soul of another are Kiso, Koso and Ka'aso which roughly translate as Wallet, Drinking Glass and Anger.

Kiso/Wallet. If you wish to see if someone has a generous spirit, note how they deal with money. Yes it's that simple. If you are on a dinner date and he whips out his Tip Calculator, puts his reading glasses on the end of his nose and begins calculations ("Let's see, it took them so long to bring me my water refill, that loses a percentage point. The server didn't smile – another percentage point...") that ought to tell you about how much of a nickel-and-dimer he might be. People will often talk of how kind and generous they are, but the proof is in the pudding when real cash is involved.

When it comes to money – and all three of these in fact – people drop their guard and you see them for what they are. They cannot fake it. So pay attention to how they deal with finances. Are they responsible, reasonable and generous or on the cheap side? It will become readily evident early on in a relationship.

Koso/Glass refers to how someone behaves when they imbibe a bit of booze. Once a person gets a bit tipsy, their inner selves are revealed and we can see them for who they are. Indeed the Talmud notes that "when wine goes in, secrets come out" and points out that the gematria (numerical equivalent) of the word for wine and secrets are the same. After a drink or two pay attention if they are happy, funny, flirty, morose, immature, obnoxious ... some interesting parts of another's personality show up when the glass of 2008 Yarden Merlot (Tel Phares Vineyard please) is empty.

Ka'aso/Anger. What a person says and does when they are angry is indeed a very meaningful telltale sign of who they are. The usual apology when someone says something hurtful is, "I didn't mean that, I said it in a moment of anger." Uh ...no. If one really didn't mean what they said, the idea wouldn't have been there in the recesses of their being in the first place to slip out. So the stuff folks say during those times of rage is a window into what is percolating deep down and not said in polite company until the fuse is lit.

Ka'aso also refers to passion, and here too you should pay very close attention to what makes his or her eyes light up. When does this person get animated and lively, what are they passionate about? Sports, injustice, success in business, children, wisdom – it is very easy to see what makes a person tick by what excites them. Are they passionate about meaningful things or the latest episode of Scandal?

And finally one more which is my own that I add to this list:

Waiter. How do they treat a server at a restaurant? If your date is considerate to the person who is seemingly in a lower socio-economic place, then you can see that they have a basic kindness and respect for all people regardless of their position. But if he or she is nice to you and other important people in their life but is dismissive and abrupt with people like a waiter or the bag boy at the supermarket, then this is a serious red flag regarding the basic goodness of that person.

All of these things can give us a window into what a person is really like and how they deal with everyday situations. Which brings me to one last point: Don't spend every date in Starbucks. That has nothing to do with reality. If you marry someone, your life is not going to be chitchat in coffee houses, long walks along the beach, and movies. Take him to your sister who has the runny-nose baby, plunk that baby on his lap and see how he reacts. Is it, "Ewww, this kid is messing up my Hugo Boss pants!" or "Cute kid. Got a tissue for him? There we go..." as he wipes the snot from him? You want to see him/her in real life situations not fake ones, because marriage isn’t that fake Hollywood movie nonsense.

So date with your eyes wide open and I hope these tools will help and make the decision easier when the Almighty brings you your bashert.

PODCAST: Are My Pre-Wedding Jitters the Sign of a Doomed Marriage?

5 Steps to Overcome Jealousy in Dating

What Happened When I Decided to Get Married
Big OnThe Little Things
Chraime Egg Boil
Is Grease the Word?
Comments