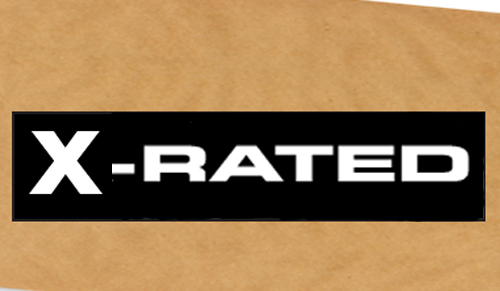 My addiction to pornography. A cautionary true story. Reader discretion is advised.

This article confronts a very sensitive and important topic that is facing society. Reader discretion is advised.

I first encountered pornography in the back of a convenience store when I was 11 years old. Separated from the rest of the store was an "Adults Only" section with no one in it. I could browse with ease. At first the pictures were simply interesting. I'd never seen anything like it. I remember asking my younger sister, in all innocence, "Are those pictures real?" We both laughed...but for me it wasn't funny. I'd think about them. I'd look for every opportunity to slip in and browse for more material to fuel my imagination. I began to fantasize.

The store made the adult section smaller and eventually it disappeared. But the seeds had been planted.

I did feel guilty about what I was doing, but the message from popular culture was that this is not only common, it is to be expected. It's a normal part of becoming an adult. It's just a temporary stage; once you get married you'll have an outlet, you'll grow up and move on.

My double life did not magically merge into one wholesome existence. I had a deep, dark secret.

Indeed, life moved on. I continued my education after high school, spent some time in Israel and earned a bachelors degree. I got married and began raising a family. I worked pretty hard; life was good, but my double life did not magically merge into one wholesome existence. I had a deep, dark secret. At this point, it felt dirty no matter what the world said. Although I confided in my wife while we were dating, I'd told her that I no longer indulged and considered it behind me. So she knew nothing of the ongoing nature of the problem. In fact, I did manage to stay "clean" for the first few years of marriage, but the emergence of the internet and the ease of access soon became too hard to ignore and I fell back into my old habits.

I quickly got hooked again and couldn't quit. It didn't take long for my addiction to escalate, as the frequency and degree of temptation increased.

Eventually I began to feel numb and desensitized. Like any drug, you need to constantly increase the dose and lower the bar to get that fix. Each time you act out, the so-called pleasure diminishes and the pain grows, along with the need. Over time, an ever-widening chasm grows that cannot possibly be filled, causing constant pain and near obsession.

This obsession created a gap between my inside and outside personas. Outside, I was a successful family man living in a nice Jewish community and happily married. Inside, it was all about lust, focusing on the next "fix." I began to identify less with my peers since I didn't really inhabit the same universe as them. I wasn't getting as much satisfaction from my job or other pursuits. Lust was the primary thing making me feel alive.

I knew I couldn't reconcile this with my chosen lifestyle. It didn't feel normal, no matter what the message on the billboard would have me believe. I tried to stop but eventually fell again. I was at an impasse -- determined to quit but unable to do so.

Long before you self-destruct on the outside, you've died on the inside.

The guilt and self-loathing were becoming overwhelming. You watch all your dreams and aspirations crumble by your own hand. Long before you self-destruct on the outside, you've died on the inside.

Thankfully, I recognized that I was on that downward spiral, heading toward self-destruction. The person I was on the inside felt less than human.

One day, while perusing a Jewish news site, I found a banner ad aimed right in my direction -- "Guard Your Eyes," a new website for Jews struggling with the challenge of pornography. There were a few stories, discussions of the problem and its prevalence in modern society. I felt like a weight had been lifted off my chest; my secret was hidden no more. I read every word and found links to other similar sites, and read some more. It was both liberating and extremely stressful at the same time. While living a double life, I had successfully managed to ignore the ugly part and compartmentalize. Now I was being challenged to confront reality head on. There was a way out and I was determined to take it.

The goal was clear -- I needed to stop living in my head. Satisfaction and fulfillment would have to come from real activities and pursuits that took place in the outside world, among real people. Step one was accountability. I needed to reveal my secret to another human being and close the gap that divided the good from the bad. I had to become one person who had a problem to confront.

I contacted the site administrator and established a daily check in with another member via e-mail. I spoke to a therapist and my rabbi. Both committed to help me. It quickly became clear that if I was going to tackle this and heal, I had to tell my wife. After agonizing for several days, I did. Understandably, she did not react very well and left the house. While waiting for her to come back I experienced the most excruciating emotional pain I have ever experienced in my life. In hindsight, the depth of the pain was the biggest blessing I was given throughout this struggle, since my wish to avoid a repeat is by far the strongest motivation I have to stay clean. I never want to go through that again.

Although the secret was out, years of living in another world create habits of thought that do not vanish as soon as they're revealed. The techniques that help me in my recovery are of two basic types. The first are practical ways to stop acting out.

One way was to write a detailed list of the consequences of not stopping, including experiencing deep emotional pain, losing everything worthwhile in my life (my wife and children, my job and the respect of colleagues and peers), failing at the goals I set for myself, shame at giving in to a destructive force against my will, and losing my connection to fulfilling higher pursuits and ideals.

Resisting at the critical moment is all it takes -- after that, the urge subsides.

No less important is the list of the rewards of stopping: I will thrive. I will earn and keep the respect and companionship of my wife, the best life partner I could ever ask for. I will be emotionally healthy and experience contentment and happiness every day of my life. I will enjoy the pleasures of the world the way they were intended to be enjoyed, with no painful aftertaste. I will raise happy and healthy children and maintain close and loving relationships with them and their children as well. And I will have the freedom to pursue and the tools to attain goals that were beyond my reach until now.

Another way is to think of all the scenarios that prompted the urge to act out in the past and avoid putting myself in those positions, keeping myself occupied with positive and productive activities instead. For example, if browsing the internet got me into trouble, install failsafe filters to which I don't have the password. Call or e-mail my accountability partner when the urge to act out strengthens. Resisting at the critical moment is all it takes -- after that, the urge subsides. Set manageable goals. Don't think about stopping "for the rest of your life," rather think about stopping just for today.

Getting to the Root of the Problem

Therapy is a good way to get started. Slowly you find out how to recognize your own feelings and evaluate what causes them. You can then evaluate whether they make sense and what to do about them. For example, say you are now able to identify when you feel stressed. In the past, the feelings were not identified however the stress was all too real, prompting the urge to alleviate it by acting out. Now that you're aware, you can evaluate the cause. You may realize, "I feel stressed because I didn't close the deal." Once the cause is identified, you can determine whether it's justified. "Do I have to close every deal? I closed three deals already this week -- that's pretty good!" This recognition brings relief and the stress goes away.

But let's say the stress is indeed justified. "I feel stressed because I said something hurtful to a friend that was unwarranted." Now you can either apologize and ask for forgiveness, or at the very least resolve to be more careful in the future. Again, the decision brings relief and the stress dissipates.

Once the internal structure is in place, real building can begin. You're finally ready to identify what makes you tick. What's important to you and what isn't? What are your true values, and what are your goals to achieve them? New thought patterns can be established and a life of growth and true fulfillment can begin. As I began working on this, it was painfully obvious that living a life focused solely on my own immediate pleasure did not bring lasting satisfaction.

Becoming clean enabled me to reclaim the inner depth and connection that intimacy can bring.

I am also blessed to have a true life partner in my wife. After the initial shock and pain, with time and effort she was able to not only forgive and understand but truly support my progress in recovery. Our relationship is deeper and richer as a result.

My Thoughts of Life and Death on Yom HaShoah

Mammogram: My Fear of Cancer and Learning to Trust in God
Scientific Curiosity and the Divine Encounter
Mind Over Milkshakes
Love the Convert
Comments
MOST POPULAR IN Spirituality
Our privacy policy
Aish.com Is Looking for Great Writers