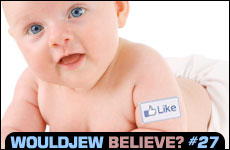 Korean children learning Gemara? Reading Talmud in their homes “religiously?” You bet! In a country with close to 50 million Buddhists and Christians, studying Jewish Law is now compulsory in the South Korean school system.

"We tried to understand why the Jews are geniuses, and we came to the conclusion that it is because they study Talmud," says Israel's ambassador to South Korea, Young Sam Mah (“Rav Papa”), noting the remarkable intellectual achievements of the Jewish people, along with our family values, which parallel the feelings of South Koreans, who are deeply concerned with education, and family.

And so, they’ve turned to us and our holy books for inspiration. In fact, virtually all homes in South Korea now contain a Korean-translated Talmud, and their mamas teach it to their children as well, so their progeny will, like ours, also become “geniuses!”

Ah, but we’ll really know the system is working when Korean Mamas start saying, “Oy, darling, did you make sure that kimbap (sushi-like rolls) is Kosher?! You’ll never be a Nobel Laureate if you eat chazzerai, mamala!”

Have you heard about aspiring Congressman Dan Adler? He’s a (really) dark horse in California's 36th District where about 15% of the voting pop is Korean. He’s become an internet star with his "Stick Together" ad which went viral. The content? Adler, a Jew married to a Korean, is being told by a heavily-accented Korean-American woman: “I’m Korean, I have issues!” and "We minorities should stick together." Funny? Weird? A tragedy? Is his net following translating to the voting booth? Uh ... not yet. In the primary on May 17, he captured a whopping 285 votes, so the question remains, will the “Korean-Jewish” connection ad campaign get his campaign to the July 12 general election, or leave Adler, VP at Walt Disney Imagineering – “imagining?”

ONLY IN NEW YORK?

One of my fave writers, Ron Kaplan (Kaplan’s Korner on Jews and Sports) reported an email he received from a fan regarding the May 19 Mets game. Once again, defeat, oy vey. In fact, so dejected was Mets play-by-play broadcaster, Howie Rose, that his listeners on WFAN heard him kibbitz: “as my people would say, “mah nishtana halaila hazeh.” Not your usual wrap up say, in Wild Horse, Colorado.

ONLY IN SAN FRANCISCO: THE “UNKINDEST” CUT?

If Lloyd Schofield and “pals” who call themselves “intactivists” have their way, circumcision on boys under 18 will be a crime in San Francisco! Shofield, citing circumcision as a cruel, unnecessary practice, spear-headed this campaign late last year. The ADL and other Jewish groups issued a joint statement expressing “great concern” about the proposed measure: "The organized Jewish community is deeply troubled by this initiative, which would interfere with the rights of parents to make religious decisions for their own families.”

But, as of now, Schofield and his followers have collected 12,000 signatures, way more than the 7,168 needed to put the ban on the ballot in San Francisco this November, making our ritual practice a misdemeanor, punishable by a $1,000 fine and up to a year in jail.

The Forward has published two opposing essays on the issue. [See Aish.com's article here.] One was by film maker Eli Ungar Sargo, who wrote: "By allowing parents to permanently alter the bodies of their children, the state is failing to protect its most vulnerable citizens from bodily harm." The other, by Dr. Melvin Konner states: "This is a serious tradition, one for which Jews have fought and sacrificed throughout our long history. It is not harmful, and it may have medical benefits. The proposed ban should and will be opposed by all right-thinking people of any religious faith and by decent people without faith who recognize the rights of parents to decide, within broad limits, what is best for their own children."

Even in the unlikely event voters pass the ban, opponents agree it would never hold up in court.

Haaretz reports that an Israeli couple in naming their new daughter decided against the current hot Israeli names for girls, such as Maya and Tamar. Instead, they turned to Facebook for their inspiration, and named her ... “Like.” Yes, you heart right. Said proud papa, Lior Adler: “If once people gave Biblical names and that was the icon, then today this is one of the most famous icons in the world," joking, that the name could be seen as a modern version of the traditional Jewish name Ahuva, which means "beloved."

Oy vey! It could’ve been worse! At least they didn’t name the poor child a diminutive of Twitter!

He Knows if You've Been Naughty or Nice
Don’t Believe in Other Gods Versus God is One
Seeing Without Eyes
Why Shouldn’t We Eat Whatever We Want?
Comments
MOST POPULAR IN Jewlarious
Our privacy policy
Aish.com Is Looking for Great Writers