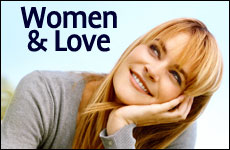 I admit it. When it comes to love, I'm a bit crazy.

It makes no sense, but I am angry. Not the heart-pounding, mind-numbing, finger pointing angry, but the sulking, skulking and simmering kind. My husband is on vacation.

I told him he should go. I encouraged it. And besides, it’s not a real vacation. He is visiting his parents who live far away. He is not lounging on the beach or cruising the sea with a cocktail in his hand (though I know there will be beer and steak). But he is going for long walks, sleeping in and playing a lot of Scrabble.

It’s not that I mind staying home and holding the fort. And I don’t like Scrabble. I could take a vacation of my own if I’d like to. But somehow, anyway, I’m feeling the buzz.

My friend Debbie told me that one night last week her husband called to say he’d be home late. He told her that there was some kind of huge back-up on the Interstate. She was nice to him on the phone, but inside she was seething. Why didn’t he leave earlier? Why didn’t he take an alternate route? Traffic? Really? Yeah, sure.

After listening to the radio, she heard that in fact there was a traffic nightmare and folks were delayed for hours. But she was still clenching when he walked through the front door, as if somehow the very least he could’ve done was catch a helicopter home that night.

It’s not that she didn’t believe him about the traffic, it’s just that women are not always creatures of fact so much as we are creatures of feeling. This is often lost on men. Trying to explain how an obvious and objective fact such as traffic could possibly have anything to do with how much your wife feels loved is like trying to explain the color blue to someone who is color blind. Either you understand all too well, or you don’t understand at all.

It’s this too: Women are irrational sometimes, especially when it comes to love. We know logic from emotion but somehow we have our expectations anyway. It’s not that we are not grateful for the good stuff our men do, or for the sheer fact of having him, it’s just that we see things through female lenses and have a seemingly gender-based leak in our emotional gas tanks. Most of the men I know work hard; they take their part of the partnership seriously. They do their man things and offer women all the love they have and hope to receive love in return. In doing so, they believe that they are putting fuel in the relationship. And they are.

It’s just that women need more. We need refills on a regular basis in the form of reassuring words and actions, details about their day, acknowledgement – things that create an emotional connection – which go a long way toward filling and refilling the tank. Hearing “I’ll be home late,” is not nearly as comforting (or satisfying) to a woman as “I’m stuck at exit 143 behind a big red van and it’s bumper to bumper as far as I can see. I wish I could get home faster.” (Read: you are the most important thing in my life and I would fly if I could.)

Even though we want men to go and to do, on some deep down emotional level, we don’t want men to want to.

Women get emotional nourishment from many sources: friends, mentors, spiritual leaders, creativity. We know we have to take care of our own growth and self esteem. But no matter how self aware we are or how secure we feel, when it comes to our man, we are always looking for the emotional connection, “that lovin' feeling.” Being without it is as painful to a woman as being denied physical intimacy is to a man. When women are willing to good-naturedly acknowledge their own nature and men are willing to learn how to step it up emotionally, relationships fare a lot better.

We understand traffic. We understand the occasional men’s night out. We can even support their vacations. It’s just that even though we want men to go and to do, on some deep down emotional level, we don’t want men to want to. We want our man to want only to be with us. And then he can go.

Just after 11 pm my time (it’s only eight on the West Coast), the phone rings. It's my husband calling to say good night to me. He tells me that he is having a great time with his family; he tells me that he loves me. And he thanks me for the umpteenth time for “letting” him go. He says I get a share in his mitzvah of honoring his father and mother. He says that he misses us all so much and can’t wait to come home.

Music to my female ears.

Melissa Groman, LCSW, is a therapist specializing in individual and marital counseling, eating disorders, depression, addictions, and healing emotional pain. She is the author of "Six Simple Ways to Make Your Woman Happy and Create a Great Life."

The Quarantine Quest: 10 Questions for Couples

10 Tips after 20 Years of Marriage

How to Build Trust in Marriage

Good Communication Comes Down to These Two Things
How Did I Miss It?: Rosh Hashana
Where's Waldo and the Design Argument
Bagels, The Ghetto, and Yom Kippur: A Journey into the Bagel’s History
Comments