Wishes are Not Resolutions 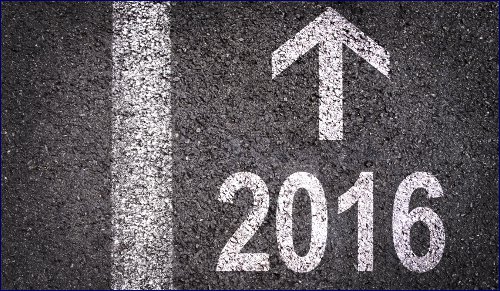 Don’t live the same year 75 times and call it a life.

Every year, data shows that the biggest spike in gym memberships occurs in the second week of January. With the (Gregorian) New Year comes resolutions and by far the most popular is to get in shape. However, statistics show that by the second week of February, almost 80% of new gym members stop coming.

It isn’t just weight loss or exercise. While 45% of Americans make New Year’s resolutions, only 10% are successful at keeping them and meeting their goals.

Rabbi Yehudah Halevi writes in one of his poems: “The world at large is a prison and every man is a prisoner.” We often feel trapped, confined by the self-imposed limitations we set on ourselves or by the habits, practices and behaviors that we think we cannot break out of or change. According to the Society for Personality and Social Psychology, as many as 40% of our daily activities are driven by habit.

Will we be late or on time, will we get angry or keep our cool, will we eat healthy or let ourselves go, will we be distracted by technology or disconnect, will we say a blessing with intention before we eat or when we come out of the bathroom, say it in a meaningless way, or not say it at all – all of these and many more have been programmed into our daily lives such that we are practically on autopilot. We feel imprisoned and trapped by the habits we have formed and the momentum that carries our lives forward.

Rav Kalonymus Kalman Shapira, hy”d, also known as the Piaseczno Rebbe, was a Chassidic Rebbe in Poland who served as the Rabbi of the Warsaw Ghetto and, after surviving the uprising, was later shot dead by the Nazis in the Trawniki labor camp. He had such incredible human insight and advice, you may have thought he was trained as a psychologist or motivational speaker.

In his spiritual diary called Tzav V’Ziruz he has the following entry:

If you want to know if you you’ve progressed on your spiritual path over the years, the way to judge is to look at your resolution – at your inner drive – and not at your wishes. Only the inner drive with which you work to attain your desired goal is called resolution. But if you don’t work but rather just want, this is not called resolution. It is just some wish that you wish for yourself to be blessed with that desired objective. For example, the pauper who works to sustain himself, this is a drive, because he is doing something constructive toward it. But the wish that he’ll find a million dollars is just a wish to be rich and not a resolution. Every Jew would like to be a tzadik (righteous person), but this is no more than a wish; he’d like to wake up in the morning and suddenly find himself a tzadik. Only the level and state of being that you seriously work toward can truly be called a resolution.

The secret to real change, says the Rebbe, is to be honest with ourselves and to distinguish between our wishes and actually making resolutions. There are countless things we claim to want to change about ourselves. We want to eat more healthy, be more patient, spend more time with our children, find time to volunteer, to learn Torah daily, go to shul more often, do acts of kindness, stop speaking gossip, and so on.

We claim to want to do them, but the truth is they are just wishes. We wish to wake up one morning, as the Rebbe said, and find ourselves suddenly doing those things or living that way. Stop wishing and to start making real resolutions. Personal growth is the result of making a plan, spelling it out and holding ourselves accountable to keeping to it.

The secret to real change is to stop wishing and to start making real resolutions.

When you make a resolution, when you formulate a plan, you need to know where the pitfalls lie and what is likely to try to knock you off your course. A plan, a resolution, has to be articulated to be serious. We can put it down on paper, set it as a reminder in our phone, or simply repeat it out loud to ourselves over and over but it isn’t real, it is just a wish, not a resolution, unless it is formally verbalized, articulated, or recorded in a way that will make us more likely to follow through.

I recommend an app called Strides that allows you to track your goals and habits in areas from reading, budget, sleep, exercise, or even flossing. You set your goal and the app sends regular alerts and reminders and tracks your progress, holding you accountable by having to confront real data and facts.

Leadership expert Robin Sharma once said, “Don’t live the same year 75 times and call it a life.” Don’t articulate the same wishes year after year and call them resolutions. Make this your year, by articulating and implementing a plan.

Mel Gibson and the Jews
The Promise Of The Land
Which Chat Are You On?: Parshas Behar/Lag Ba’Omer
Do You Like Slow-Cooked Food? Thank the Jews
Comments
MOST POPULAR IN Society
Our privacy policy