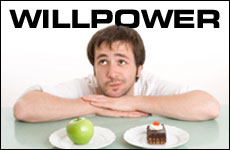 Two years ago I decided to do something about my weight problem. Fed up carrying around an extra 30 pounds, it was time to join a gym. So off I went to the local JCC, three days a week. I was religious about it – running three miles and doing some weights as well – every Sunday, Wednesday and Friday.

22 months later, I was sitting in the gym, not a pound lighter, wondering what in the world was going on. Isn’t running and lifting supposed to shed that excess baggage?

I met up with a good friend, Seth, and together we bemoaned a similar fate. “I’ve been working out so hard for so long," I told him, "and I’m at least three months pregnant with this stomach.”

We realized that working out by itself wasn’t going to help us lose weight. But what else was there?

It was the only logical conclusion.

We decided to start with an initial goal of losing 12 pounds in two months. It was the end of May and we said, let’s give ourselves eight weeks to lose this weight. The stakes: If either of us didn't lose the 12 pounds, we’d have to give the other guy $500. $500 is not the end of the world, but enough of a sum to make us reconsider that Snickers bar. The game was on.

"Why don't we bring some other guys into this?" I suggested.

The next day I sent out an email to my colleagues around the world asking if anyone wanted to join us in this challenge. Lose 12 pounds by August or lose $500 to those who do. 19 of my colleagues joined from four continents. Now we’re 21 people, each with a chance to lose $500 or gain a maximum of $10,000 by August 1st.

We’re six weeks in and I’m down 10 pounds and I’ve learned a few things. I’ve learned that eating like a bird isn’t as bad as I thought. Eating like a bird is my way of describing life without ice cream, chocolate bars, lots of bread, French fries, pizza etc. Who’s going to support Haagen Dazs and Ben & Jerry’s if I don’t do my share?

It might sound crazy but once you get used to eating less, you can live with less food. That whole controlled portion thing actually makes sense.

I’ve learned that healthy food isn’t that bad either. In fact, it starts to grow on you. After all, God did make those little green apples and they’re mighty tasty. So are peaches, plums, cherries and berries….and oh yeah, salads, lots of salads.

I’ve learned that losing 12 pounds is a heck of a lot easier if you weigh more than 240 pounds. Some of my bigger friends have lost all their weight already and my sense is that all they had to was stop drinking Coke.

I’ve learned that our Sages knew what they were talking about when they said: "Nothing stands before the will of a person." If you really want to do something (like lose weight) and you're motivated, you can actually do it. You get some Heavenly assistance.

I’ve learned that losing a relatively small amount of money could be a motivator for someone to do something very meaningful and helpful. It’s working for almost all of us so far.

I’ve learned that the fear of embarrassment of not losing the 12 pounds is also an incredible motivator.

I've learned that working on a challenging goal can have a positive impact on other parts of your life, unrelated to the goal you're working on achieving.

And lastly, I’ve learned that if you write an article about a goal that you have not yet achieved, you’re going look really foolish if you don’t succeed! That’s a motivator too. Wish us luck!

Is There Anything You Need?

Grateful for Every Minute: In Memory of Josh Carr
The Power Of Prayer
Va’etchanan 5782: A for Effort
Can You Show Me This "God?"
Comments
MOST POPULAR IN Spirituality
Our privacy policy
Aish.com Is Looking for Great Writers