Why We Love Zombies 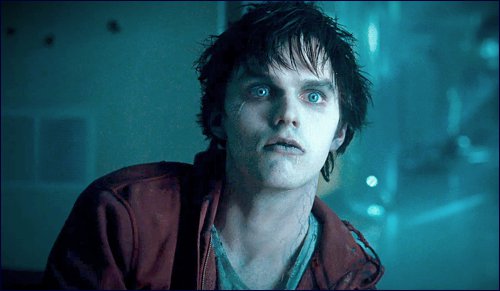 The undead remind us of what it means to be human.

We love zombies. Not real zombies – those scare us to death. (Or undeath, as the case may be). No, we love zombie movies. And books, and television shows, and even acting like zombies on Zombie Walks. Why?

Brad Pitt may face a world threatened to be overrun by the hideous hordes, but we live in a world that already has. World War Z was one of the biggest movies of the year. The Walking Dead is one of the hottest shows on TV and zombie video games have slaughtered the competition. Bookstores are stocked with titles like Pride and Prejudice and Zombies and the Centers for Disease Control has a page on surviving a zombie apocalypse (no, really).

The word zombie is Haitian for “spirit of the dead,” and voodoo folklore has it that witch doctors would revive dead people and make them do their bidding (similar to students in high school make-up courses). We know zombies as mindless, reanimated corpses, with a taste for human flesh, especially brains. They lack free will and a soul. Zombies also display no moral responsibility, committing murder, cannibalism, and fashion faux pas.

There are a lot of explanations floated for why we love zombies. They say it’s our underlying fear of drug-resistant pandemics, or mass terrorism, or cyber-attacks, or climate change, or human trafficking. Whatever’s bugging us as a society right now must account for why we want to watch decaying automatons pursue their terrified victims or, alternatively, have their rotting skulls bashed in by a shovel. A modern day monster for modern day angst.

Except zombies are anything but modern. They may be trendy, but they’re really old. The Epic of Gilgamesh, a Sumerian poem that’s the oldest known work of literature, has dead people stalking the living and eating them. Draugrs were deceased Vikings that attacked and infected their victims. In olden Germany, a nachzehrer’s first task was to eat his own family, then go out and infect others. Ro-langs were risen corpses roaming Tibet with stiff arms and legs, unable to speak, and, you guessed it, infecting people.

So zombies affect us (when they’re not infecting us) on a very deep level, across cultures and across time. Why?

Because zombies are who we’d be if we lost the thing that makes us human.

We are rational, thinking creatures, with the capacity to choose between good and evil. It’s the thing that separates us from the animals. When someone becomes a zombie, he loses consciousness and free will. Fear of zombies is fear of losing our humanity, our intuitive repulsion for what we would be if we were no longer “ourselves.”

A zombie world is one of mindlessness, chaos, violence, and selfishness. There’s no rule of law, no common courtesy, no social cues, none of the million unstated nuanced but deep-seated little understandings and interactions that get us through the day. One person on a bus looking a little funny is enough to make us uneasy. A crowd of people roaring and falling over each other to eat someone is a tad worse.

Zombies are rapacious; they’re all body, no mind, like a riderless horse, to borrow an analogy from Freud. They seem to want to kill regular people because they resent their status as fully alive. Maybe that sort of amoral, dog eat dog behavior is what it’s like in the animal world – but animals don’t terrify us in the same way (except maybe if you’ve got a grizzly nosing it’s way into your tent). Animals are supposed to act that way. We know instinctively that human beings are supposed to be different. We have intelligence, self-awareness, a soul. What’s more important than that?

This helps to explain why zombies are all the rage in philosophy (yes, philosophers love ‘em too). As David Chalmers, one of the leading investigators into consciousness, writes, “A zombie is physically identical to a normal human being, but completely lacks conscious experience. Zombies look and behave like conscious beings that we know and love, but ‘all is dark inside’.” Thus, exploring how a zombie’s behavior differs from a normal person helps us understand the important distinctions between the two. In addition, says Chalmers, zombies help us understand the spiritual implications of our existence as rational, moral beings: “The existence of consciousness is a nonphysical fact about our world, implying that God had to ‘do more work’ to ensure we weren’t zombies.”

And that may be a key to why zombies have always been around, but have now taken over. We live in a time where the value of life seems to be in question (abortion, euthanasia, suicide bombers), where personal responsibility and social order seem to be on the decline (the welfare state, random acts of violence, lines at Wal-mart), and confusion over what it means to be human (are we children of God or of Zippy the chimp?). Are we, in the final analysis, no better than zombies, or are we something more?

Does Jewish tradition say anything about zombies? Well, there are sources indicating there were people before Adam who lacked consciousness and free will. But they were born that way; they didn’t rise from the dead. The Talmud says one of the rabbis once created a golem – a creature with the semblance of a man but without a soul and without the ability to speak. And the Maharal of Prague was said to have created one to protect the local populace, and it did run amok and threaten innocent lives.

But golems aren’t reanimated corpses, so that doesn’t get us very far. (Jewish law says a golem can’t be counted toward a minyan, by the way, so don’t waste your time trying to create one if you’re a tenth man short.) Of course, Judaism does say we’re all coming back from the dead someday, but new and improved, not decaying and homicidal.

No, zombies aren’t real. Just the fear of them is.

And yet, assuming they’re not massing on your house trying to claw their way in to kill you and eat your brain, zombies can be a good thing. Yes, they’re scary when they remind us what it means to be unhuman. But they can also remind us of what it means to be human. Just as zombies are capable of mindlessness, chaos, violence, and selfishness, we non-zombies are capable of meaning, love, cooperation, and kindness. The real fear should not be of fictional walking dead people, but of very real people walking through life without realizing their God-given potential.

Keep that thought with you as you go through each day, as well as a shovel next to the front door… just in case.

The Golden Compass Controversy
Were Adam and Eve Jewish?
How I Learned to Love the Multiverse
10 Big Jewish Inventions
Comments