Why More Arab Countries Should Make Peace with Israel 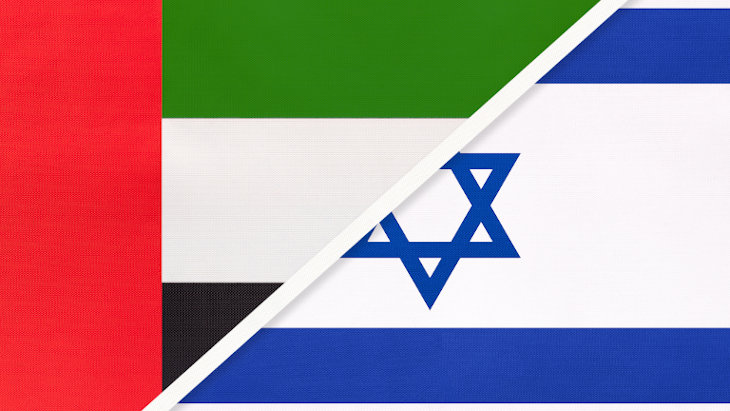 The United Arab Emirates announced a historic peace treaty with Israel. Here’s why other Arab countries should too.

Exciting news. The Arab world has finally accepted us. Well, at least one country. The United Arab Emirates has agreed to sign a peace deal with Israel. Iraq and Syria should be knocking on the door any day now. It is about time they all made peace with us. Israel wants peace. Jews want peace. The guy who sells the spices in the Old City of Jerusalem, on the way down to the Kotel, wants peace. It’s good for everybody.

Many of us are hopeful that other Arab countries will follow the UAE’s lead. Here are some reasons why they should:

We All Live in the Middle East

This is the Middle East. Anywhere you go, it’s very hot. Israel has mastered air conditioning and popsicle making technology and we would love to share it with you.

No major decisions should be made when it’s a hundred and twenty degrees outside. No wonder there’s always war. We’re always shvitzing. And shvitzing makes me cranky.

If there’s peace in the Middle East, Arab countries will get wonderful deals on Ahava hand creams. They will be able to relax while driving, using Israel’s MobileEye technology, which like a good Jewish mother, gently nudges you and keeps you driving safely. They will enjoy effervescent bubbly soda water thanks to SodaSteam. Right now, what are they doing in Iraq? Drinking Perrier??

Israel has a great tourism industry. A camel ride around the Old City of Jerusalem is nice. But imagine a camel ride from Beirut to Jerusalem! Come on, Arab countries, it’s time to start thinking like Jewish businessmen.

Most Middle Eastern wars ended by winter. Nobody likes fighting when you have to wear a sweater outside.

Israel is in Europe

Maybe we’re looking at this all wrong. Why fight us for being in the Middle East, when Israel is actually in Europe? That’s right. How do you think we won the EuroLeague basketball championship?! We also won the Eurovision. How? Because we’re in Europe. I’m not saying that Israel is in Scandinavia, but maybe somewhere in Eastern Europe? Middle East Europe?

Arab countries should stop fighting with us about being in the Middle East. We’re not even there. If Arabs would understand this, they could accept Gal Gadot and Netta Barzilai for who they really are.

Is there any better reason for peace?

We should start a campaign: Falafel for Peace. We’ll bring the hummus, you bring the tahini.

We don’t even eat each other’s falafel, so, we’ll never know who truly has the best falafel. That argument has caused much conflict in the Middle East. My friend Benny swears that Tzachi Cohen has the best falafel. I can see the intense hatred in his eyes when I mention Ofir’s falafel. Love for falafel can be so intense – it has the power to divide us, but it also has the power to unite. In the end, the UAE made the bold decision that it is willing to give Israeli falafel a chance.

Zayed and Zayde Are so Close

The Supreme Commander of the United Arab Emirates’ name is Sheikh Mohammed Bin Zayed. He’s not even a grandfather, and he sounds like a lovable Zayde. Who wouldn’t love this commander as a Zayde? A supreme grandfather? My Zayde was amazing. I’m not sure he reached the level of Supreme Zayde, so this guy sounds impressive.

We’re Not Living in America

What is everybody fighting about? Doesn’t everybody in the Middle East really just want to live in America? Come on, we know you want Walmarts and In and Out Burgers and people who refuse to wear COVID masks. So why are they fighting with Israel, sending rockets at us? It just makes the immigration process harder for them. ICE officials don’t prioritize applications from bomb makers.

We Can All Find Another Religion to Hate Together

We all have to hate somebody. I understand. Not everybody has in-laws.

But us older religions should be sticking together. If you ask me, nobody should be claiming they got a new revelation from God after the 1900s. We should be ganging up against the new guys. Maybe we can all hate Scientology. We can blame them for the fact that Tom Cruise is still making action movies at seventy years of age.

If they were to just put down the guns and go with my friend Yomi, a great tour guide, to the Mahane Yehuda Shuk, they would learn that good baklava doesn’t have to be that sticky.

With COVID We Can’t Go to Their Country Anyways

This is the perfect time for peaceful open borders with countries you hate as we can’t go there anyway. After COVID, countries like Malaysia can revert back to their old passports that read “this passport is valid for all countries except Israel.”

We Can Work Well Together

With Israeli technological knowhow and the Arab nations’ connections, imagine how easy it would be for us to make a weapon from chickpeas.

I’m telling you, falafel will one day bring peace to the Middle East. May we all merit to eat falafel together one day, in an air-conditioned shop.