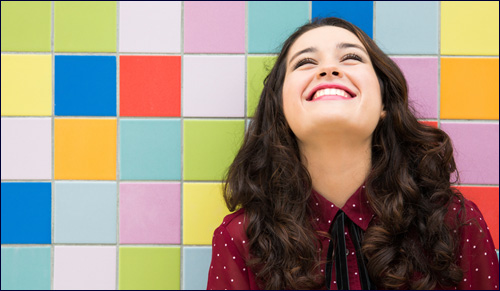 Well, the summer is coming to a close and many single people are still asking, “How does a Jewish person meet their Jewish spouse?”

After many years of studying Jewish singles society, as a single man, I have witnessed many ways one can meet other Jews. Here are some of the best places and some advice from me. Because I’m still single:

At a wedding, you want to make sure that you are seated at a table with good single people. You are at the wedding to meet somebody. Focus. You are not there for the bride and the groom.

Now, there may be difficulties you will have to overcome. At family events, I usually end up sitting at the kids table; I am single, they are single. However, this is not optimal for meeting a potential spouse. Even if you like chicken fingers, try to make sure that they do not sit you at the kids table.

Work on your dance moves. People take notice of your circle dancing ‘horah’ steps. There is also the traditional time where the people dance in front of the bride and groom. Also known as the Jewish cypher, this is an especially good time for your dance work to get noticed. The Jewish Riverdance is a very popular move. It is similar to the Irish folk dance, but you are allowed to move your upper body. Doing pushups is another new dance that seems to be popular. That one is similar to the worm, but it doesn’t look like it when you’re Jewish.

The post services snack social, the Kiddush, is a great place to meet.

You’ve see this on National Geographic. A lion will not just attack a herd of zebras. Instead he waits by the water (water or watering hole can work- watering hole just makes it sound more like a National Geographic thing) and then pounces. So too, when that single you’d like to talk to approaches the Kiddush table, you pounce: ‘You like choolante?...So do I…Say, maybe you would like this piece of herring…Take my horseradish. They also have borscht today.’

You can meet during the prayer service as well, but that can cause a ruckus; especially when you have to start climbing over the partition to get a decent conversation going.

Costume parties, sushi parties, ice cream parties. Anything with the word ‘party’ works. Without a party, a toga is just a bedsheet.

Singles parties are also a great way to meet. But do not let anybody know that you are there because you would like to get married. Nobody is attracted to somebody who shows up to a singles party to meet people. That is the quickest way to chase away someone who is looking to find his or her potential spouse.

Holidays are particularly great times for parties. I met a beautiful lady at the costume party last Purim. If anybody knows who Tinkerbell was, please let me know.

Just hang out there. If you are good meeting the parents first, this is the route for you. It will make the meeting the in-laws ordeal much less awkward.

If her parents aren’t at the house, her mom might be there.

That one was dedicated to those people whose favorite era of Jewish jokes was the 1970s.

This is a code word for singles event.

As a single man, this is a sneaky way to go to a singles party without people knowing you are at one.

Show up to activities you like. Common interests are the most natural way to meet somebody.

Eater: If you like food, cooking classes can be a great way to go. You are allowed to eat the food after you make it. Unfortunately, you will have to put up with a prolonged process in order to get the food. Once I went to an eating class to get to the eating part quicker. But apparently, women do not show up to eating classes.

Collector: Show up to auctions. This is also a great place to go if you like hearing people talk fast and watching people wave numbered ping pong paddles.

Bird Watching: Is there any better activity? No.

Biking: Take up biking. You do not have to enjoy every activity you do. Remember, the idea is to meet somebody with similar interests. You both find biking painful; now you have a match.

So those are my top suggestions. Believe me, I tried all of these out myself. It got to the point where I was doing 18 extracurricular activities a week, just to meet somebody. It was way too tiring.

Another good opportunity is coming up - Yom Kippur. Kol Nidrei is probably the best time to be checking out who else is in the synagogue. Yom Kippur: the holiday of love.