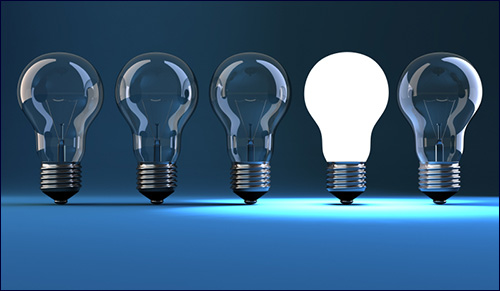 Is Donald Sterling’s racism worse because he’s a Jew?

By now you have probably read more than you’d ever want to about Donald Sterling, but allow me to make one last observation.

How many of you were relieved that he changed his last name from the very Jewish sounding Tokowitz to the more successful sounding Sterling? As David Suissa writes in the Jewish Journal, “I guess you can say that his name change was good for the Jews.”

That’s all we need, another Jew giving us a bad name.

But why should the actions of someone like Donald Sterling, a man who clearly doesn’t purport to be a poster boy for living a Jewish life, reflect in any way on the Jews? Why do so many of us feel the necessity to repudiate his loathsome comments, as if he has any personal connection to us?

I think our reaction reveals a significant point about the mitzvah of Kiddush Hashem, sanctifying God’s Name, and its opposite, Chillul Hashem, desecrating God’s Name.

The mission of the Jewish People is to be a light unto nations. Bottom line that means our actions are supposed to bring the awareness of God into the world. We are His representatives and we need to make sure that whatever we’re doing, we’re making God look good in the world.

Remember Rabbi Noah Muroff – the rabbi who returned $98,000 that he discovered in a desk he bought for $200 on Craigslist? That made world news; it was a huge Kiddush Hashem since it showed the world the values that Judaism stands for.

Unfortunately we don’t need any reminders about what constitutes Chillul Hashem, desecrating God’s Name. It’s an action that makes God look bad, so to speak. It drives God-awareness from the world.

Donald Sterling’s actions are arguably a Chillul Hashem; it was bad pr for Jews. Even though Sterling, to the best of my knowledge, doesn’t strongly identify himself as a Jew.

That means that every Jew, no matter how distant he is from living a Jewish life and identifying with the Jewish people, has the enormous power to create a Chillul Hashem, and likewise, be a tremendous Kiddush Hashem, a source of good in the world. A Jew remains a Jew his entire life, no matter how far he strays, even if he converts to another religion. It’s an intrinsic part of his spiritual essence. Likewise, a Jew, no matter how far he is from his people, remains an intrinsic part of the Jewish nation, and shares in the mission of the Jewish people, to bring God-consciousness to the world.

This perhaps explains why Maimonides, in codifying the mitzvah of Kiddush Hashem, uses a unique term and writes (emphasis added):

The entire house of Israel are commanded regarding the sanctification of [God's] great name, as [Leviticus 22:32] states: "And I shall be sanctified amidst the children of Israel." Also, they are warned against desecrating [His holy name], as [the above verse] states: "And they shall not desecrate My holy name."

My friend Rabbi Yaakov Palatnik pointed out to me that this is the only place Maimonides uses the phrase “the entire house of Israel” when describing a mitzvah obligation. When it comes to Kiddush Hashem, we are all one family, living under one house. So if Uncle Charlie ends up on the front page news involved in some terrible scandal, even though he hasn’t spoken to the family in years, it’s still an embarrassment for the family.

And if Uncle Charlie were to do a big mitzvah, like return $98,000 and be interviewed on national news, the entire family would be so proud. “That’s our Uncle Charlie.” Even though he hasn’t spoken to the family in years, he’s still part of the family.

Every Jew, no matter how disconnected, is still part of the family.

A Jewish Response to the Pittsburgh Massacre