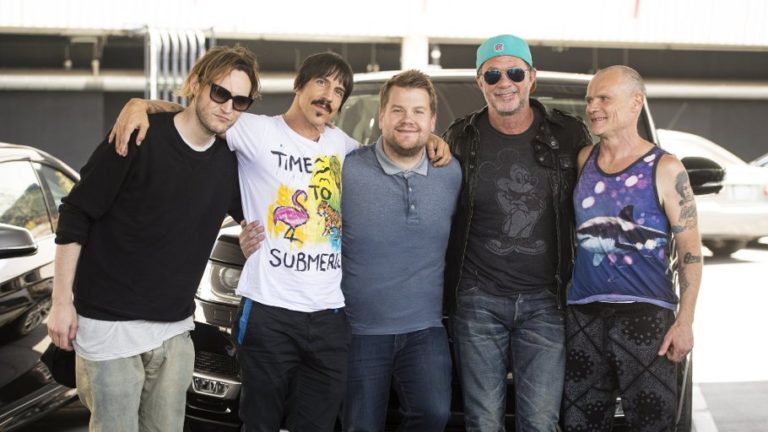 How James and The Red Hot Chili Peppers came to the rescue. An insider’s story.

During my three years working at the Late Late Show with James Corden, I really got to know James not just as a comedian and actor, but as a very down-to-earth, caring and genuine person.

I remember the first time I noticed that Corden was different than some other celebrities. We were getting ready to film Carpool Karaoke, the hugely successful series that garners millions of views online. Our guest that day was Paul McCartney. The Late Late Show talent department had been working for months on booking Paul McCartney to film the segment with us. He finally agreed and the entire staff was excited. James was the most excited! He loves McCartney’s music and was looking forward to singing in a car and interviewing him.

Producing an episode of Carpool Karaoke doesn’t just consist of James in a car with a celebrity and a few cameras on the dashboard. There are at least 10 go-pro cameras mounted to the windshield, hidden microphones, a lead-car in front of James directing him where to drive and at least seven cars behind James with the celebrity’s entourage along with our own staff members. It’s a huge production. These 10 minutes of television can cost hundreds of thousands of dollars and can take months of pre-production. 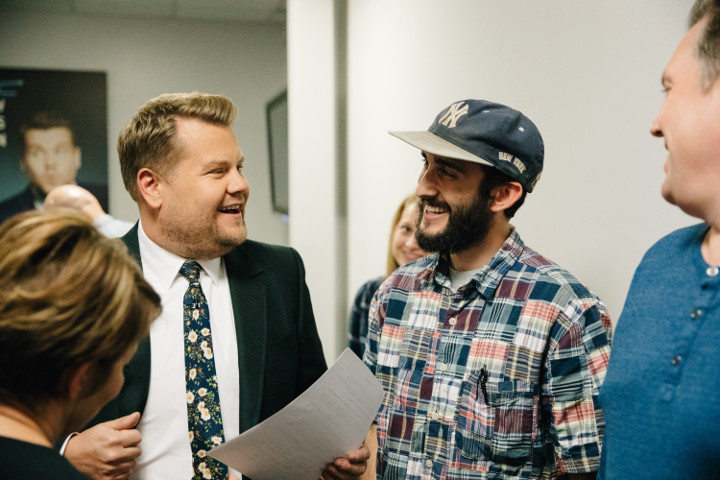 The morning finally came for us to film. The entire crew was outside and James was walking down from CBS studios to the famous Carpool Karaoke car. We were about to head over to Paul McCartney’s house to pick him up. All of the sudden, James got a phone call from his wife telling him that his son had gotten hurt on the jungle gym at school. I could tell something was going on because James started walking back into the studio. I heard him say that his son was on his way to the hospital and he had to leave to be with him.

Some of the producers tried to convince James to stay behind and film the segment. “James, don’t worry. I’m sure your son will be okay. This is Paul McCartney and he’s waiting for us. Do you know how long it took for us to book this?!”

James wasn’t fazed at all as he left to be with his family. He had his priorities very clear.

How did James Corden treat other people besides his family? I don’t think there’s any better illustration than what happened while we were filming Carpool Karaoke with the rock band The Red Hot Chili Peppers. 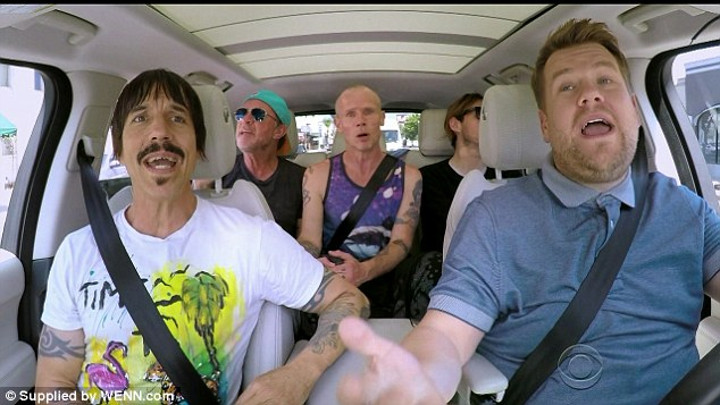 Part of my former job as one of the producers for Carpool Karaoke was to drive behind James and communicate with the staff over a walkie-talkie. When we had the Red Hot Chili Peppers in the car with James, I told our staff to turn down a specific street in order to avoid some paparazzi. We typically use the same route each time, but this time I detoured us into a neighborhood called Hancock Park, a predominantly religious Jewish neighborhood in LA.

James wanted a quiet street so that he and the band members could get out and have a “dance battle.” As James and the band members got out to dance on the sidewalk, I noticed a religious Jewish woman come out from across the street yelling. She was panicking. I rolled down my window and heard her scream, “Please help! My baby can’t breathe! Someone please help!”

In a split second, James and the entire Red Hot Chili Peppers band ran across the street to the woman’s home. I told our camera crew to turn off the cameras because it was inappropriate to film. The woman was holding her baby who looked lifeless. The baby wasn’t breathing. James was calling 911 from his cell phone. Anthony Kiedis, one of the band members, told the woman that he could perform CPR on the baby. Kiedis wasn’t wearing a shirt and is covered in tattoos. I remember thinking to myself, “This Jewish woman has no idea who these celebrities are. Is this woman really going to hand over her baby?”

She didn’t even hesitate. She handed over her baby and Kiedis started performing CPR. He was rubbing the baby’s belly and eventually bubbles started coming out of the mouth. The baby started breathing! By that time, the ambulance had arrived and the paramedics took the baby and the mother with them. Our Carpool Karaoke crew drove away, stunned by what had just happened.

When I shared this story with my rabbi, Rabbi Yisroel Majeski, he was in shock. “Look how God runs the world! Carpool Karaoke is a huge a phenomenon and I bet God designed this entire show just to save this one baby’s life.”

Ari Blau used to work in Hollywood for shows such as NBC Late Night with Jimmy Fallon, Comedy Central Daily Show with Jon Stewart and most recently for CBS Late Late Show with James Corden. Ari chose to leave the Hollywood lifestyle to lead a more spiritual life with meaning. He currently lives in Los Angeles and works as the marketing director for Tomchei Shabbos. He also travels around sharing his Hollywood to Holy-Wood story. (Learn more at www.arisblau.com)

How One Small Brave Act Saved Thousands of Lives

Why was the Menorah Burning for 8 Days Such a Big Miracle?
Megillah Gorilla Saves the Day
Challah Reuben “Grinder”
Big OnThe Little Things
Comments
MOST POPULAR IN Spirituality
Our privacy policy
Aish.com Is Looking for Great Writers