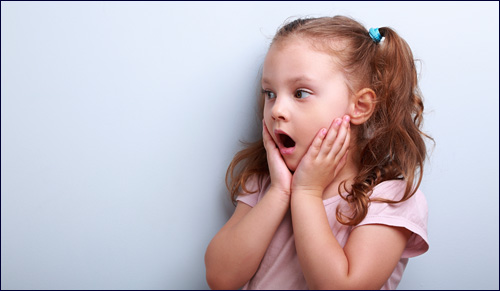 Inject some awe into your life.

The home of the great composer Ludwig van Beethoven has been preserved and serves as a museum in Bonn, Germany. One historical gem in the museum is the piano upon which Beethoven composed most of his renowned works. The piano is estimated to be worth more than $50 million and is understandably roped off and out of the reach of the thousands of visitors who pass it by each day.

A group of students from Vassar College was once visiting the Beethoven museum. Matthew Kelly tells the story of how one of the students came to the room that held the piano and couldn’t resist the temptation to ask a museum guard if she could play it for a moment. The guard allowed himself to be influenced by her generous tip and let the young woman beyond the ropes for a few moments. She sat at the famed piano and knocked out several bars of Moonlight Sonata. When she finished, her classmates applauded.

As she stepped back through the ropes, the young woman asked the guard, “I suppose over the years, all the great pianists that have come here have played the piano?” “No, miss,” the guard replied. “In fact, just two years ago I was standing in this very place when Ignacy Paderewski visited the museum. He was accompanied by the director of the museum and the international press, who had all come in the hope that he would play the piano.

“When he entered the room he stood over there, where your friends are standing and gazed at the piano in silent contemplation for almost fifteen minutes. The director of the museum then invited him to play the piano, but with tears welling in his eyes Paderewski declined, saying that he was not worthy even to touch it.”

Only human beings get goosebumps for a different feeling: awe.

Non-human mammals get what we call goosebumps, the constriction of skin surrounding hair follicles, when they feel threatened or attacked. Only human beings get goosebumps for a different feeling: awe. Awe is the feeling of being in the presence of greatness, of being exposed to that which is transcendent or extraordinary. Paderewski was in a room with Beethoven’s piano and was frozen with awe. The young student saw the piano and thought it would be cool to casually play it.

Researchers believe that we are living in a time of awe deprivation. Technological advances have made things once thought impossible not only real, but normal, expected, even mundane and unimpressive. We FaceTime with people on the other side of the globe without another thought, we have search engines that access millions of pages of information in nanoseconds, we instinctively use global positioning satellites to find the quickest route and avoid traffic. The result of the speed with which breakthrough, change, and advance happens leaves us struggling to be impressed with anything.

We have gone from calling everything “awesome,” to reacting to everything by saying (or thinking) “eh.” The byproducts of being awe-deprived are increased arrogance, decreased empathy, greater challenge to find meaning, and even failing health.

A Wall Street Journal article describes how current research shows that the capacity to feel awe makes people more empathetic, generous, kind, and humble. The actual feeling of awe and the experiences that inspire it make us healthier, improve our relationships, and give more meaning to our lives. The author writes, “Awe is an emotional response to something vast, and it challenges and expands our way of seeing the world. It might be triggered by an encounter with nature, a religious experience, a concert or a political rally or sports event. We’re not likely to find it on a treadmill at the gym.”

She goes on to describe that some experienced awe at the birth of a child, others watching a meteor shower, others visiting the Pine Forest in California, and interestingly, others who found it awe-inspiring to work with homeless people and witness their resilience and kindness. Dr. Dacher Keltner from UC Berkeley found that feeling awe can help fight depression and can even help reduce inflammation in the body. Dr. Paul Piff from UC Irvine explained that “awe minimizes our individual identity and attunes us to things bigger than ourselves.”

We have officially begun Elul and with it the countdown towards the Yamim Noraim, the Days of Awe. On Rosh Hashanah we will coronate God as King of the Universe and remind ourselves of His awesome omnipotence and omniscience. On Yom Kippur, we will be evaluated and judged to determine if we are fulfilling our role in His renewed kingdom and the purpose for which we were created. As described in U’nesaneh Tokef, these days are in fact, norah v’ayom, they are simply and literally awesome.

But we will only be moved by the awesomeness of these days if we still have the capacity for awe, reverence, and veneration. If everything is so utterly unimpressive, uninspiring, and ordinary, these days will be ritualistic and ceremonial, empty and devoid of meaning and transformation.

Rav Yitzchak Hutner z”tl explains that Amalek is the archrival of the Jewish people because their philosophy is the very antithesis of ours. When recounting Amalek’s attack on the Jewish people, the verse says, “Asher karcha baderech – they happened upon you.” Amalek believes in mikreh, in chance, randomness, and happenstance. They see nothing as significant, meaningful, or worthy of awe. As a result, Amalek’s attitude is to denigrate, to knock down, to destroy, to be cynical, and sarcastic. Amalek mocks and makes fun, they look at something or someone others are in awe of and they seek to demolish, to degrade, to vilify.

The Jewish people are charged to live life with the opposite attitude and approach. Our mission is to live life with awe, to see ourselves as a small part of something much greater. Our charge is to see and create meaning and purpose, to lift up, to build, to admire, to revere, and to venerate that which is worthy and important in the world.

Rav Hutner describes that the battle between the attitude of Amalek and the attitude of the Torah is the battle between what he calls the ko’ach ha’chillul and the ko’ach ha’hillul. The ko’ach ha’chillul is the power of skepticism, the influence of that little voice inside each of us that, like Amalek, tries to get us to be cynical, to mock and belittle, rather than to respect and be filled with awe. The ko’ach ha’hillul is the capacity to praise, honor, identify and admire the beauty and the greatness which is sometimes beneath the surface.

Preparing for the Days of Awe includes working to defeat the Amalek inside us. It demands we weaken and eliminate the ko’ach ha’chillul, our tendency or inclination towards cynicism and skepticism, and strengthen and build up our capacity for ko’ach ha’hillul: to see that which is impressive, remarkable and praiseworthy in people, places, and things all around us.

Awe is not only the result of being in the presence of, or exposed to, something worthy of awe. Awe results from an openness, willingness, and interest to see greatness and be moved by it. My brother Judah pointed out to me that when Jacob, our forefather, first encounters Mount Moriah he is unmoved and in fact goes to sleep. Only after his dream and epiphany does he awaken with a sense of “Mah norah ha’makom ha’zeh, how awesome is this place?” Even a great person like Yaakov could encounter the holiest place in the world and at first find no meaning in it. Only with new insight and a changed attitude did he see beyond the ordinary stones and identify the place for what it truly was: norah, awesome.

The WSJ article suggests that to preserve and expand our capacity for awe, we must make an effort to have three awe experiences a week. This Elul, look at something, study something, contemplate something, admire someone, experience something that makes you feel “Wow! That is awesome.” “That is incredible.” “That is humbling.”