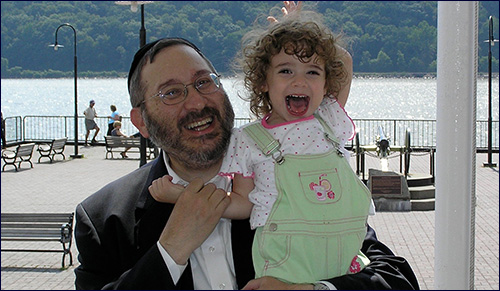 My father, Rabbi Dovid Ross, of blessed memory, passed away six months ago after a grueling battle with cancer. My children could not help but be affected by the illness and death of their beloved grandfather. 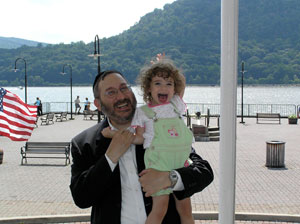 We tried to shield them as much as we could, but it was impossible to disguise the crushing sadness that descended in our home, the carefree family days seemingly gone forever. The zaidy who was a constant presence, who babysat them together with my mother from their infancy, who rocked them on his knee and led our Shabbos singing almost every week, was gone.

And the questions keep coming

Then there are just the random remarks that continually mark his absence: “I can't wait until Daddy grows up and becomes a Zaidy, because then I will have a Zaidy to play with again.”

I wanted to explain, that Daddy will become your children's Zaidy - not your own. But then I thought better of it. Let the thought comfort her.

And I can't describe the pain of hearing my five year old suddenly announce one day, “I don't remember what Zaidy looks like anymore.”

This is new territory for me.

In the face of my own grief, the guidelines for talking to children about death seems wholly inadequate.

As a mental health professional who has worked with trauma and grief, I know all about the guidelines for talking to children about death. “Be concrete. Avoid euphemisms. Check in on how they are doing. Acknowledge your own feelings of sadness.” Yet in the face of my own grief, it seems wholly inadequate.

This really hit home the other day, when my imaginative and creative 7-year-old daughter emerged from her afternoon of cutting, pasting and coloring to produce a semi-life size paper cut- out doll of a tall man with a beard and a black hat. 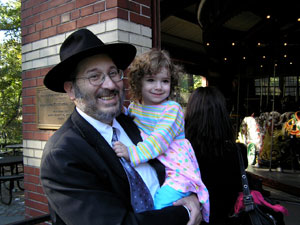 “I made Zaidy,” she proclaimed proudly, “so we won’t have to miss him so much.” She put her “paper Zaidy” on my father’s dining room chair, now left vacant. Then she switched him over to his spot in the recliner in the living room. She offered him to my mother at the end of her visit, saying, "Take him home with you, Bobby, so you won't be lonely."

I didn't know whether to laugh or to cry.

My children are so young; they don’t realize that the Zaidy they remember aged over a decade in the last year alone. They don't remember their Zaidy who was full of life, who lit up a room just by walking into it, who loved and was loved and respected by all.

They don’t know their Zaidy who was accomplished in both Talmudic pursuits and worldly ones. He worked full time, yet devoted himself to Torah study, learning an astounding eight pages of Talmud a day. He enjoyed literature, classical music and discourse on current events. He spent many years providing for his family, while dreaming of a retirement spent in Israel, filled with Torah study and time with his grandchildren, dreams which eluded him. Yet in the face of his overwhelming suffering, he never complained, never questioned God and continued to hope and pray for his recovery until the day he died. 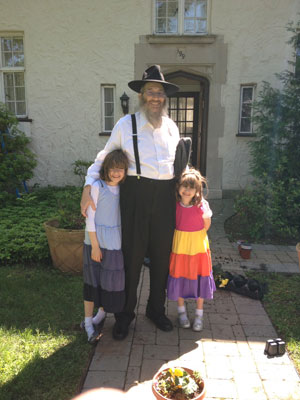 They are not aware of their Zaidy who was so humble he left strict instructions that there be no eulogies at his funeral, lest anyone exaggerate his qualities in their grief. Instructions that God Himself heeded by taking him from this world on the first day of Nissan, a month when it is customary not to have eulogies.

They are too young to really know and understand who their Zaidy was, and what a future without him will mean for them. Yet their loss is still very real.

And while their memories of their Zaidy may be frozen in time, there is much I can do to make sure he stays real for them. So that as they grow in years and understanding, their knowledge of him grows with them. Together with my husband, my mother and siblings, I can tell over his stories. I can talk about his good deeds. I can show them his pictures. I can remind them, again and again, how proud he would be when they emulate his ways.

At the same time, I can try to give my children the space, the creativity and the imagination to commemorate their Zaidy in the way that they need to. To honor him on their own child-like terms, and in doing so, preserving him in their minds and hearts forever.

Coping with the Death of My Father

The Side Door: The Man who Missed Kol Nidrei