What Judaism Taught Me, a Christian, about the Sanctity of Life 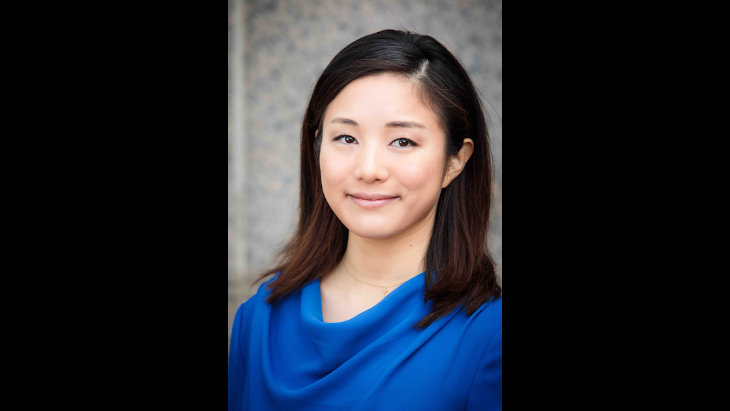 Judaism taught me that it’s my moral duty to stand up against all forms of racism and hatred, including anti-Semitism and bigotry towards African-Americans.

My name is Angella Lee and I am a non-Jewish reader at Aish.com. I discovered Aish.com because I read Rebbetzin Esther Jungreis’s book The Committed Life and discovered that her daughter, Slovie Jungreis-Wolff, writes for Aish.com. I can't overemphasize the impact Judaism has had on me as a non-Jew. In particular, Judaism has taught me the sanctity of human life, all human lives, no matter how distant and unrelated to my own.

Based on what I read by Rebbetzin Jungreis, I know that I must keep my instincts sharp, cry out in pain and take lawful action when human brothers and sisters are being killed. Today in America, I believe this rings true in regards to the murders of innocent, unarmed civilians such as Ms. Lori Gilbert-Kaye, Ms. Mindy Ferencz, Mr. Moshe Deutsch, Mr. Douglas Miguel Rodrigues, Detective Joseph Seals and Rabbi Josef Neumann in acts of violent anti-Semitism. It also rings true for the murders of innocent, unarmed African-American civilians such as Mr. George Floyd and Mr. Ahmaud Arbery in acts of racially motivated brutality. This idea applies for state-enforced murders of innocent civilians everywhere in the world.

I noticed with great alarm that humanity often responds with apathy and inaction when this happens, and my number one takeaway from Judaism is that I must never respond this way. I think this demonstrates the proper grasp and practical application of Judaism for the non-Jewish reader.

In response to the media turmoil and riots over the killings of unarmed Jewish and African-American civilians in the United States, I thought of a recent Aish.com video by Rabbi Benjamin Blech. This video was about the Jewish holiday Shavuot, which celebrates the moment in human history that mankind received the Ten Commandments from God. In this video, Rabbi Blech drew a parallel between the first commandment, I Am The Lord Thy God, with the sixth commandment, Thou Shalt Not Murder. Rabbi Blech then quoted Dostoevsky, "Without God, anything is permissible." These items highlight the necessity of divine law and intervention for humans to live morally, meaningfully and safely. Without God, murder becomes permissible. The world has Judaism to thank for introducing the concept to humanity that because there is one God, we are all created in His image, and destroying His image is murder.

Through my personal reading of Judaism I learned to see the sanctity in all lives, not just the lives of those near to me. And it is my moral duty to live up to this knowledge and stand up against all forms of racism and hatred, including anti-Semitism and bigotry towards African-Americans. The world would be a far better place if everyone would educate themselves about the importance of the Ten Commandments and performing acts of kindness.

I grew up in the sparse country and provincial Massachusetts in the 1990s and 2000s with very little education on Jewish and African-American history and culture. I learned the basics about slavery and the Holocaust (I even took a literature course with Nobel Prize winner Elie Wiesel at Boston University in 2010) but was not aware of the extent of the extreme suffering both communities endured because of state-condoned violence. I have few shared memories and experiences with either community, but my Jewish education has taught me that human life is sacred, and I must always feel a healthy instinct of pain, cry out in response and take lawful action when I witness human lives, no matter how distant from my own, being killed or disrespected.

I look forward to growing in my Jewish learning. I am just one average person, but I can still make a difference in the world by being a candle that lights other candles, or perhaps a mirror that reflects the candles. Hellen Keller said that walking with a friend in the dark is better than walking alone in the light. I hope to be a true friend to God’s fellow creations during this dark time in American history.

Angella works in Boston in higher education and has her Bachelor’s from Boston University and Master’s from the University of Pennsylvania Graduate School of Education. She is a Christian with a passion for Jewish learning because of its universal values of kindness, value for all lives and charitable giving.

Why I Don't Need to Believe in God
The Jewish History of Prague
Why the Sexual Revolution was Bad for Women
The Princess: Sukkot
Comments
MOST POPULAR IN Spirituality
Our privacy policy
Aish.com Is Looking for Great Writers