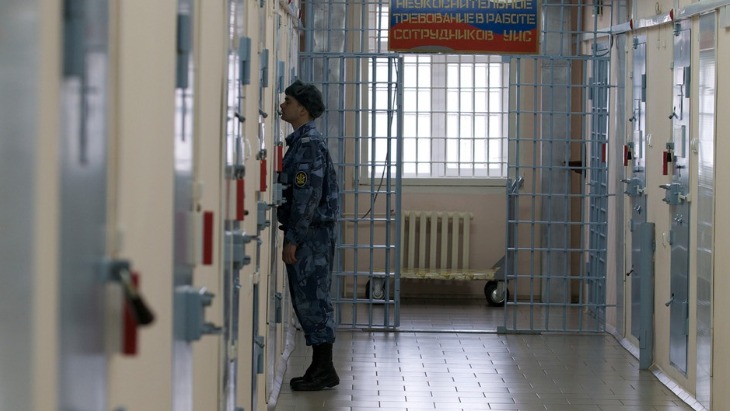 Yosef Mendelovitch was free even while behind bars in a Soviet prison.

A few years ago, Yosef Mendelevitch, the famous Russian refusenick published the remarkable story of how he observed the Pesach of 1978 in the Christopol Prison in the Soviet Union.

Mendelovitch continues by explaining how he made wine. He had saved a few raisins his father had sent him ten years earlier. “Every day a prisoner would receive a spoonful of sugar. People at once ate the sugar. But I decided to collect it. Every day I added another spoonful and another. After a month I had enough sugar. I poured the sugar, raisins and hot water into the water-bottle and hid it underneath the bed. Although I was afraid that there might be a sudden search and they would discover my wine, but I had no choice.”

What did he do for maror?

“Suddenly there began an outbreak of influenza in the prison. The prison management didn't have medicines. They heard that onion prevents flu. One day every prisoner received a fresh onion bulb. It was a real asset! For years I hadn't eaten a fresh vegetable. All the prisoners swallowed the onion in a trice. But I thought to myself that if I put the onion in water the onion would sprout leaves and I would be able to make bitter Chazeret from them. And that is what I did. I had an empty tin in which I put water the little onion bulb and placed it on the cell windowsill exactly under the bars. They all laughed at me – "Are you crazy? Why didn't you eat it? Are you trying to grow flowers here?" And I remained silent.”

He used a small leaf that grew from the asphalt in the courtyard as karpas. He made the egg from egg-powder and the zeroa was represented by a soup cube from Israel with a picture of a chicken on the wrapping. It was still permitted to receive matzah which the prison authorities called "dry bread" and so he had real matzah.

“In the evening I asked the warders to bring me the Pravda newspaper to read. I made from the newspaper a circle and wrote on it as on a Seder Plate: Zeroa, Egg, Maror (leaf of the onion). Everything was ready. I hid the Seder Plate under my blanket. When the evening of the 15th of Nissan arrived I called Hillel and said – " Pesach has arrived, come let us sit at the Seder table."

He laughed at me: "You again with your stupid ideas, I already told you that it is impossible to hold a Seder in the prison!" Then I showed him the Pesach Seder Plate. He examined it. Everything was in place. And then he said to me: "But you don't have wine - it's impossible without the Four Cups."

I bent down and took out the water bottle with raisins from under the bunk. The truth is that I wasn't sure if I would get wine. Hillel uncorked the bottle, smelt, and declared " real wine." If that's the case, come let us sit down and hold the Pesach Seder."

Yosef Mendelevitch sat in prison. He was not free in the sense that he could not go and come as he pleased. And yet, that seder night he was freer than his Communist captors for he didn’t allow them to dictate how he saw himself, how he felt, who he was and what he valued. The Soviets may have denied him liberty, but make no mistake: Yosef Mendelovitch was free even while behind bars.

Freedom is self-determination; it is the capacity to rise above our innate emotions or our instinctual and visceral response to the behavior and choices of others. Freedom is the ability to decide we won’t let others define us and we won’t let others own how we feel, but we, and we alone will determine our feelings our response and our reaction to them.

The Jews of Egypt were entitled to be filled with anger, and the desire for revenge. It would have been understandable had they been consumed by negative emotions directed at the Egyptians. But rather than focus on toxic emotions that would weigh them down, fill them with hate and hold them back, they truly became free because they chose to focus on their newfound freedom and to sing Hallel to God who had provided it instead.

Yosef Mendelevich would have been entitled to see himself as a victim of the Russians and as an oppressed prisoner filled with bitterness. But instead, by holding an extraordinary seder while yet behind bars, he set himself free.

Passover is a time for setting ourselves free from the self-imposed shackles that hold us back. Thank God, we have not experienced the torment of our ancestors in Egypt nor have we sat in a Soviet prison. But many of us are imprisoned by the visceral emotions and reactions to the behavior of those around us. We make someone else our master by letting them control how we feel. We become enslaved by our hurt, our pain, our anger, our jealousy, or our desire for revenge.

Passover we let go, we put those feelings down and we recognize that to truly be free means that we cannot control how those around us behave but we can control how they make us feel. Many of us continue to carry heavy baggage not even realizing we have an option to put it down. But the longer you carry the baggage, the heavier and heavier it becomes. And here is the remarkable thing. The person you are disappointed in, the person who has hurt you, may not even know it. By carrying those feelings, you are not hurting them, you are only hurting and enslaving yourself.

There’s a story told about the famous escape artist Harry Houdini. Houdini was famous for his ability to break out the most secure locks and cells. One time, a prison warden bragged that he had a cell that even the great Houdini couldn't unlock. Of course, Houdini accepted the challenge.

Houdini was placed in the cell, and he began trying to try to find a way out. He used every trick he knew and explored every inch of the cell but simply couldn’t find a way out. Finally, out of sheer exhaustion and frustration, he leaned against the door, and it swung right open…The door had never been locked. Even the great Houdini couldn’t open a bolt that wasn't locked to begin with.

In the course of human relationships and life, it is normal to feel sadness, fear, frustration, hurt and even anger. However, if we indulge these negative emotions for too long, we eventually become trapped and imprisoned by them. Passover we break out of the prison of our own making. We walk through what we mistakenly perceive as a locked door that is simply waiting for us to push open.

Hot Air
It Takes A Lot Of Faith To Be An Atheist
How Instagram Brought Back This Nostalgic Soup
What Makes Eli Run?
Comments
MOST POPULAR IN Passover
Our privacy policy