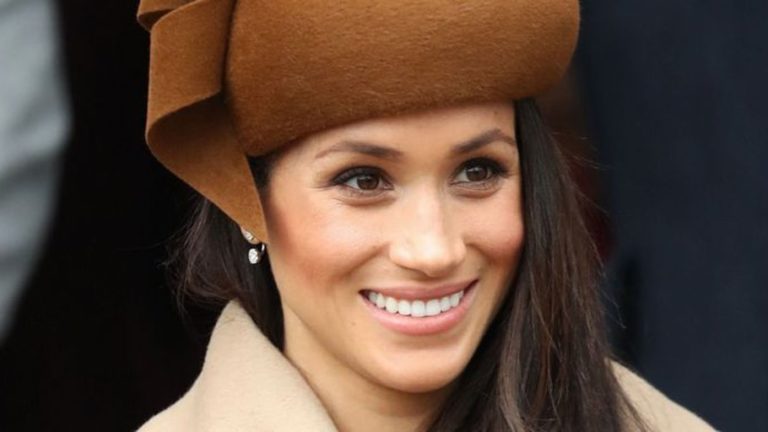 I always dreamed of being a princess. Until I realized I already am.

Though the marriage between Prince Harry and Meghan Markle has come and gone, the media fervor shows no signs of letting up. That's how I came across the numerous "how to act like a royal" articles out there, as well as the pieces on "what Meghan Markle will have to give up now that she's a royal."

I found them fascinating – not because of Meghan, Prince Harry, riches and fame or any of that. I was interested because I realized that as an observant Jew, I'm already doing so many of these things – and so are my peers. Here are a few:

1. Traded her career for the Crown. The actress left her longstanding role on the show Suits, knowing it wouldn't be fitting or appropriate for a member of the royal family to have a place in Hollywood. Aside from official government roles, the royals typically devote their time to philanthropic work and championing various causes.

While an observant Jew can certainly have a career (and most do), their main "occupation" is serving God and fulfilling their role as a Jew and striving to be a light unto the nations.

2. She gave up social media. Posting selfies on Instagram and Facebook and writing her lifestyle blog were fine – until Meghan became engaged to Prince Harry. Royals don't share pictures of their interior design, shoe collections and vacations. It's not befitting people of such stature. Instead, the royal family has a social media account for the whole family and chooses select images and captions to share. (Check out kensingtonroyal, if you're interested.)

As an observant woman, I understand the blessing that privacy can bring into a home. While I may choose to share a few photos with my nearest and dearest, I also try to ensure that whatever I publicize about myself and my family is fitting for a daughter of the King.

3. She has to follow new fashion rules. Giving up pants and sleeveless tops at official engagements, mini-skirts, bare legs, dark fingernails, and plunging necklines are just a few of Meghan's new style dictates. She'll also be expected to wear hats at most formal events.

Many of the same royal fashion rules are followed by observant Jews as well, as dictated by Jewish law. As a person striving to be refined – and to positively represent my people and my religion – I try to dress in a dignified, modest way.

4. Freedom from comparison. Everyone is talking about Meghan Markle these days – and how she's like (or not like) her sister-in-law, Kate Middleton, or her deceased mother-in-law, Princess Diana. Side-by-side photo collages are popping up everywhere, comparing her gown, her wedding cake, her smile …

Everywhere my family and I go, we are recognized as observant Jews – and face comparison. Are we acting as we should be? Are we good representatives of the Jewish people? Are we making a Kiddush Hashem? Because as much as we love to hate it, the world often sees one Jew as representing us all…

5. Cranky faces, bad attitudes and visible exhaustion. Meghan's years of acting experience are an important asset when it comes to keeping a smile or neutral expression on her face, and hiding boredom, exhaustion and irritation, which she must now do on occasion. As experts on the royal family have explained, people wait for hours to catch a glimpse of the dukes and duchesses. The royal family feels they owe it to the public to be cheerful and engaged.

Our Sages say it is important to greet each person with a pleasant countenance (Ethics of the Fathers, 1:15). They also say that smiling at someone is sweeter than milk (Talmud Ketubot, 111a). Our smiles radiate light and love; when we share warmth with others we give them a wonderful gift.

6. Public displays of affection (colloquially, PDA). When Dukes and Duchesses are out in public they're officially working – that’s not a time for physical affection or intimate moments.

Intimate, physical relationships have a very important place in Judaism – inside the home. Don't you leave your most valuable stuff behind when heading out?

Ultimately, real nobility isn't about riches, jewels, multi-course meals or international recognition. It's about using the physical world to elevate oneself from the outside in. That's something all of us can do, whether we have true blue blood or not.