Wait… So You Mean This Isn’t a Date? 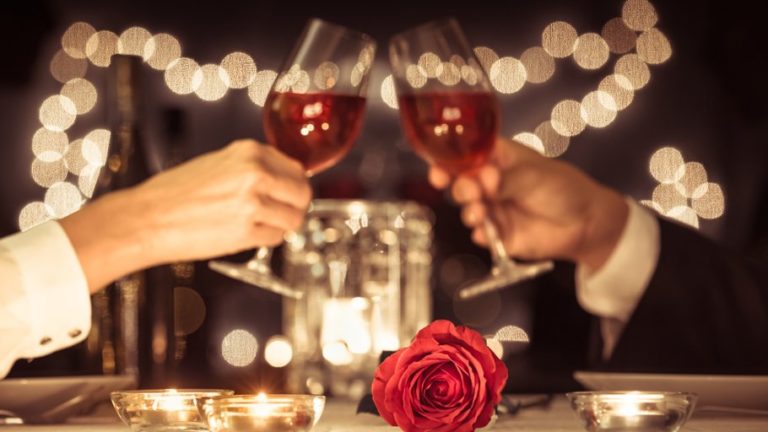 I thought I knew how a romantic dinner with a rabbi would go. I could not have been more wrong.

Before I get into this story, I must give you a little background …

I grew up in America, attended public school and went to Hebrew School a few times a week. Although I was brought up with a very big Jewish identity, I was only aware of two types of Jews; religious and non-religious. And in my mind, religious meant three things:

Okay, so now that you are aware of my previous lack of knowledge, you will understand my story.

After graduating college (with honors from one semester only), I moved to New York.  Considering my love and adoration for Israel and Israelis, I began taking Hebrew classes. The organization that sponsored this course was headed by a particular rabbi. I met him very briefly on the first day of class. A few weeks later, I received a call from him. This was our conversation:

Rabbi: “Hello. This is Rabbi Schwartz*. I wanted to invite you over for Shabbat dinner this week.”

Me: “Oh, um, well … that’s really nice of you, but I already have plans. If you want, you can invite me another time.”

Since I had never heard of a “Shabbat dinner” before, this is what immediately went through my mind: The rabbi wants to go on a date with me! On top of that, he wants our first date to be at his home, on Shabbat, where he would cook me a romantic dinner!

All I could think was, Shouldn’t we at least meet for coffee or a drink first?

So, this is how I pictured the scene:

Shabbat Dinner at the Rabbi’s:

Do you remember how I told the rabbi that I had plans that night, but that he could invite me another time? I didn’t really mean that he should ask me again; I simply said that to be nice.

To my surprise, he called a few weeks later. Why? To ask me out again, for the same type of date: Shabbat Dinner at his home! I used the same excuse as I did the first time, but he didn’t get the hint. A few weeks later, he called again! This time, I didn’t answer the phone. I realized that I needed some advice on how to handle the situation, so I decided to ask the girl who sat next to me in Hebrew class. This was our conversation:

Me: “I need to tell you something, and you’re not going to believe it!”

Friend from Class: “What is it?”

Me: “You know that rabbi here?”

Friend from Class: “Yes, what about him?”

Friend from Class: “What?”

Me: “I know! It makes no sense and I don’t know what to do! He keeps calling me and asking me to go out with him! And get this… as a first date, he wants me to come to his house so he can cook me dinner on Shabbat!”

Friend from Class:  “Oh gosh. I go to him all the time for Shabbat dinner.”

Me: “You’re already dating him!? Well, I feel bad telling you this, but he’s obviously not serious about you, since he’s asking me out. I’m really surprised, because he seems like the relationship-type.”

Friend from Class: “Oy… no. It’s not what you think. He’s married with a bunch of kids. I go to him all the time for Shabbat dinner, and so do a lot of other people from our class. He’s not asking you on a date. He simply wants to reach out to you so you can enjoy the Shabbat experience.”

Soon after receiving that blow to my ego, I called the rabbi. You probably know what happened next … I went to my first Shabbat dinner! It was nothing like I originally expected, and here is why:

So there it was … my first date with Shabbat. It turned into a loving relationship and although we only see each other once a week, I do my best to be committed.

*This is a true story. The name of the rabbi has been changed.

Eilleen worked as a writer/producer for Cable Television promotional copy in the US. She fulfilled her dream of making Aliyah years later. She uses her energetic, creative, fun and quirky style to be an advocate for Israel.

Durban & 9/11: 10 Years Later
Should I Break Up, Get Engaged or Keep Dating?
Time Is Your Precious Commodity
A Constant World in Flux
Comments
MOST POPULAR IN Israel
Our privacy policy