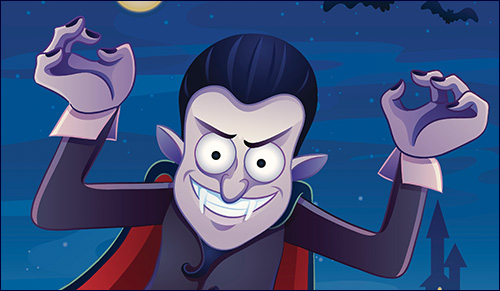 Fact is stranger than fiction. Here’s a guide to some notable recent occurrences in the Middle East featuring some fantastical events.

1. Archeologists recently discovered the secret dungeons used to hold Vlad the Impaler – the 15th century prince who reputedly killed 80,000 people and was the inspiration for the 1897 novel Count Dracula. Where was Vlad’s dungeon unearthed?

Answer: C. The secret dungeons that held Vlad the Impaler were discovered during renovation of Turkey’s Tokat castle. Archeologists describe the castle as “completely surrounded by tunnels” and “very mysterious”. http://www.washingtonpost.com/news/morning-mix/wp/2014/09/30/draculas-dungeon-discovered-in-turkish-castle/

2. Israel’s Ambassador to the UN, Ron Prosor, called the UN Human Rights Council’s appointed of William Schabas to investigate alleged war crimes by Israel like “choosing Count Dracula to run a blood bank.” Schabas resigned on February 2, 2014, but refused to apologize for which of these remarks?

Answer: A, B and C. http://embassies.gov.il/san-francisco/Newsandevents/Pages/Quotes-by-William-Schabas.aspx

3. Romanian Princess Irina Walker, the daughter of former Romanian King Michael I, escaped jail time, but was sentenced to three years probation by a US court in October 2014, for which offense?

Answer: B. The princess, who lives with her American husband in a triple-wide trailer in rural Oregon, was found guilty of organizing cockfights in her barn. http://www.nydailynews.com/news/world/princess-sentenced-cockfighting-case-article-1.1985115

4. When King Abdullah of Saudi Arabia died last month, world leaders flocked to his state funeral; little attention was paid to his daughters, Princess Hala, Princess Saha, Princess Jawaha, and Princess Maha. What have these princesses requested for years – unsuccessfully?

Answer: A. It’s thought the princesses were imprisoned after they complained to their father about poor prison and social conditions in the kingdom.

5. Gulnora Karimova – glamorous daughter of Uzbeki President Islam Karimov, Harvard graduate, fashion model and senior official in Uzbekistan - used to be known as the “Uzbek Princess”. Where is she now?

6. What problem did coffee giant Starbucks face in expanding into the Middle East?

7. Which Israeli offered $1 million in 2013 to anyone who could prove a mermaid exists?

Answer: A. Mayor Siso issued the reward after numerous Kiryat Yam residents reported having seen what they believed were mermaids. To date, nobody has claimed the reward. http://www.israel21c.org/culture/israels-own-little-mermaid-in-kiryat-yam/

8. An estimated 540 of what fly over Israel each year, watched by hundreds of thousands of Israelis?

Answer: A. Despite its small size, Israel experiences a “bottleneck” in bird migration, as hundreds of species migrate over its territory each year. Israel sees approximately 540 species of birds each year. Germany, for example, despite being twenty times Israel’s size, is host to 460 bird species. http://www.cnn.com/2014/04/09/travel/israel-bird-migrations-sea-galilee/

9. What has put Israeli Flying Aid in the news recently?

Answer: B. Israel Flying Aid, which helps Israelis contribute humanitarian aid to countries that refuse to have diplomatic relations with the Jewish state, was recognized in 2014 by Israel’s Knesset for its role in coordinating aid to Syrian refugees. http://www.jpost.com/National-News/Knesset-salutes-youth-helping-Syrian-refugees-340955

10. An Israeli barber invented what in early 2015 to help prevent Jews from anti-Semitic attacks?

Answer: B. Israeli barber Shalom Koresh invented a “magic kippah” made out of human hair, allowing Jewish men to cover their heads without attracting attention from anti-Semites. http://nypost.com/2015/01/23/israeli-makes-magic-yarmulke-to-protect-jews-from-attacks/

11. Disaffected youth in Paris blamed the Charlie Hebdo attacks on what malevolent force, according to reporters after the attacks?

Why I'm a Muslim Zionist

The Truth About Israel & Apartheid