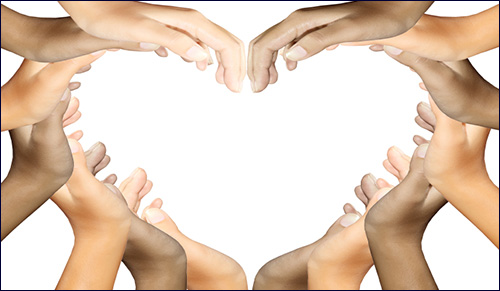 How to free ourselves from the burden of isolation and anti-Semitism.

The unprecedented Jewish unity we all experienced during the course of the last few months was born in pain – the pain of the abduction and murder of Naftali, Gilad and Eyal; the pain of the Gaza War and the barrage of rockets; the heart-rending funerals of lone soldiers and the unbearable loss of children like Daniel Tragerman; the agony of the deaths of the brave IDF soldiers who gave their lives defending the safety and freedom of the people and State of Israel and, indeed, of Jews all around the world. During this time, we became the epitome of the ultimate unity described by our sages – “like one person with one heart” – although we were brought together by external forces of hatred directed at us by enemies such as Hamas and its allies and by a global movement of vicious anti-Semitism masquerading as opposition to Israeli action in the Gaza War.

It is now time to redeem our unity and uplift it from a place of necessity to a place of choice. From unity as a response to hatred to a unity that emerges out of love for each other.

From a condition externally imposed to one that is internally accepted and embraced. But how? This is something we have struggled with for generations.

Our sages teach that it was baseless hatred that led to the destruction of the Second Temple and the loss of Jewish sovereignty, which ushered in a long and bitter exile. If we, the Jewish people, can find an answer to this challenge, we will indeed be on the brink of transforming 2,000 years of history.

Where do we begin? Every place we start seems to imply some divisions.

The first question relates to a deeper question. Our history is so stained with the hatred we’ve endured from others – how do we redeem Jewish identity from being defined by anti-Semitism? If we raise our children to believe that to be a Jew is to carry the weight of anti-Semitism and persecution and isolation from the rest of the world, this undermines the inspiration and sense of mission central to a thriving future.

Rabbi Moshe Feinstein, one of the great Torah sages of the 20th century, witnessed a generation of Jews emigrate from Eastern Europe to America.

Our challenge is to create Jewish unity and identity based on a positive, inspirational affirmation of our noble and ancient legacy.

Many of them assimilated in the New World, abandoning Jewish commitment and identity. He suggested that a popular Yiddish phrase heard in homes during those times: “es iz shver tzu zein a Yid” – “it is difficult to be a Jew” directed us to one source of the problem. He believed that negativity and a sense of burden discouraged Jews and distanced the new generation born in a free society from their heritage.

The same conundrum faces us today – how to create Jewish unity and identity, not on the enmity of others but rather based on a positive, inspirational affirmation of our noble and ancient legacy.

Questions of this magnitude, deeply rooted in centuries of history, have no one simple answer, but we can begin the journey to a new kind of Jewish unity and identity if we regroup as a nation and focus on what it means to be one people with one unique and treasured heritage.

We must unite under the banner of love and a shared moral vision and destiny, as opposed to bloodshed, war and anti-Semitism.

Shabbat Could be an Answer

But how? This query touches on the heart of the problem of conceiving of what it means to be a Jew in terms of a sense of privilege, rather than burden.

For thousands of years, since the very inception of our people at Sinai, Shabbat has accompanied us – nurturing us, holding us together, connecting us to our divine mission and giving us our collective identity as a people. It is a unique gift given to us by God. Shabbat has been our source of strength and vision. It has refreshed and uplifted our spirits throughout the centuries. In good times and bad, in peace and war, in times of prosperity and times of deprivation, in times of tranquility and times of turbulence Shabbat has been there for us. It has kept us.

As Ahad Ha’am famously observed, “More than the Jews have kept Shabbat, Shabbat has kept the Jews.”

Perhaps, Shabbat could be the beginning of an answer for us today.

How do we transform this idea into something practical for the Jewish world? There is a simple yet compelling project for our times: the global Shabbat Project, which will come to fruition this year on the Shabbat of October 24-25, 2014, Parshat Noach.

On this day, Jews throughout the world will participate to keep one complete Shabbat in a spirit of unity.

A movement to do this is spreading around the globe. More than 1,200 independent partner groups in more than 200 cities in 34 countries around the world are doing all they can to unite us under the banner of one shared, complete Shabbat.

The global Shabbat Project provides the Jewish world with a unique, historic opportunity to give birth to a new sense of Jewish unity and identity.

The breadth and depth of support for the Shabbat Project has been quite astonishing so far. There has been an outpouring of enthusiasm across the entire spectrum of Jewish life. All around the world, Jews of all ages, from all walks of life, and across all levels of Jewish observance and involvement have joined hands to observe this Shabbat together.

Shabbat brings together in one day everything we cherish about being Jewish. In a world of fragmentation, it is a day of connection to faith, family and community; in a world of dislocation it is a day of being rooted in the grand sweep and meaning of our history and the power of our Divine destiny; and in a world of cynicism and selfishness it is a day of spirituality and love.

So now, at this time when we are reaching for a way forward – for a way to transform the unity born of our collective pain and isolation into something inspiring and life changing – the global Shabbat Project provides the Jewish world with a unique, historic opportunity to give birth to a new sense of Jewish unity and identity.

It will be a day of joy and meaning, of privilege and inspiration. It will allow us all to take a few first steps to a vibrant pro-active Jewish future. Let us all rally together under the banner of Shabbat. 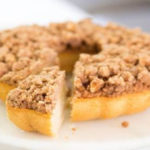 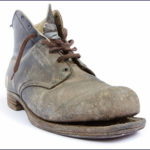 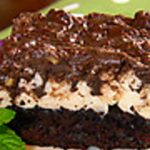 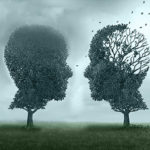