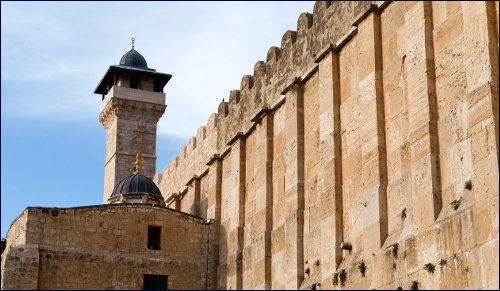 Like Hamas, they believe that Jews have no historical or religious attachment to the Holy Land.

What do Hamas and UNESCO have in common?

Both believe that Jews have no historical, religious or emotional attachment to the Holy Land.

The recent UNESCO resolutions concerning Jerusalem and Hebron are precisely what terror groups that deny Israel's right to exist, such as Hamas, have long been hoping to hear from the international community.

The first resolution denies that Israel is the sovereign power over Jerusalem, including the Western Wall, while the second one designates Hebron and the Jewish Tomb of the Patriarchs as an "Endangered Palestinian World Heritage Site." 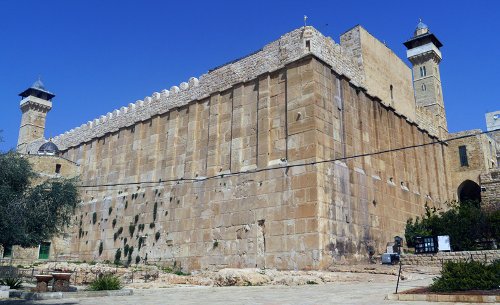 The Tomb of the Patriarchs of Hebron. (Image source: Zairon/Wikimedia Commons)

The two UNESCO resolutions, in fact, back the position of Hamas and other Palestinians – namely that Israel has no right to exist. These decisions provide Hamas and other terror groups with ammunition with which to destroy Israel, killing as many Jews as possible in the process.

Is it any wonder, then, that Hamas leaders were rubbing their hands with glee upon the announcement of the UNESCO resolutions? Hamas can now crow: 'We told you that the Jews are just retrofitting their claims for 3000 or 4000 years of history in this area; now even the international community endorses the idea that Jewish history in the region is a lie.'

Hamas was the first Palestinian terror group to "welcome" the UNESCO decisions. For the Islamist movement, the resolutions serve as proof that Jews ought to find themselves another place in which to live.

"The UNESCO resolution pertaining to Jerusalem demolishes the false Israeli narrative and confirms our full right to Jerusalem and the Al-Aqsa Mosque," remarked Hamas spokesman Abdel Latif Al-Qanou. "We applaud the resolution and thank all the countries that voted in favor of it."

Hamas has also "welcomed" and praised UNESCO for its resolution on Hebron, citing it as "proof that the Israeli narrative is fake." Other Palestinian terror groups have hailed the UNESCO resolutions as a "victory for the Palestinians and a severe blow to Israel's false narratives."

The terrorists, however, are not alone in heaping praise on UNESCO for helping them promote their ideology of denial. The "moderate" Palestinian Authority (PA) of Mahmoud Abbas, which has long been denying Jewish rights in Jerusalem and Hebron, sees the resolutions as evidence of the "fakeness of the Israeli narrative." A statement issued by the PA government in Ramallah said that the resolutions prove that the Israeli narrative is false and that the Arab Palestinian narrative is correct."

This is the same PA leadership that purports to be working toward achieving peace and coexistence with Israel. In the upside-down world of Palestinian denial, such repudiation of the truth is par for the course: the "culture of peace" lie that Abbas fed to President Donald Trump several weeks ago has about as much truth value as this newest deadly fabrication.

Denying Jews' rights in Jerusalem and Hebron has long been a major component of the Palestinians' anti-Israel narrative. In school textbooks and other publications, Jewish religious sites are featured as "Arab, Palestinian and Islamic" religious places. The Western Wall, for example, is only described as "Al-Buraq Wall," while the Tomb of the Patriarchs is referred to as the Ibrahimi Mosque.

Generation after generation, Palestinian children are taught that Jewish history is a figment of some twisted Jewish imagination.

Generation after generation, Palestinian children are taught that Jewish history is a figment of some twisted Jewish imagination. They are also being taught that only Palestinians and Muslims are entitled to the Holy Land. And they learn this lesson well: many Palestinians, Arabs and Muslims continue to deny Israel's right to exist because they have absorbed this message of hate. This message, moreover, is pervasive – it is disseminated not only through school textbooks, but also through media outlets and the rhetoric of their leaders, especially mosque preachers and imams.

As of now, Palestinians also have an international agency (UNESCO) to support their anti-Israel narrative and rhetoric. The UNESCO resolutions are being interpreted by many Palestinians as proof that Israel has no right to exist. For many Palestinians, the resolutions are a green light to pursue their "armed struggle" to "liberate Palestine, from the [Mediterranean] sea to the [Jordan] river." Translation: UNESCO has given the Palestinians yet another incentive to take to the streets and kill the first Jew they meet.

The latest UNESCO resolutions are a catalyst for Palestinian terrorism against Israelis. Yet they are more than that: they also make the prospect of peace even more distant. UNESCO and other international agencies that deny Jewish history are sending a green light for violence and extremism to Palestinians and other Arabs and Muslims.

These resolutions are seen by Palestinians as supporting their false and invented narrative that they are the true owners of the land and that all the holy sites belong solely to Muslims.

The blood that they spill will be on the hands of UNESCO and those who voted in favor of its anti-Israel resolutions. They will share responsibility for the next terror attack on Jews perpetrated by Palestinian terrorists: after all, they were simply helping to support a "culture of peace."

This article originally appeared on https://www.gatestoneinstitute.org/
Bassam Tawil is a Muslim based in the Middle East.

Bassam Tawil is a scholar based in the Middle East.

Why Israel is the World’s Best Nation

In the Name of Allah

Remembering the Six-Day War: A Fact Sheet
Bechukotai 5782: Divine Retribution
Behar 5782: Working to Live or Living to Work?
The Wholeness of Being Broken
Comments
MOST POPULAR IN Middle East
Our privacy policy