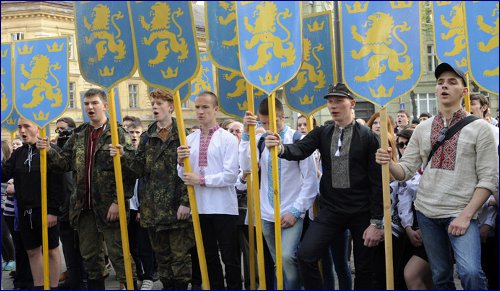 The country is glorifying Nazi collaborators. The world should be alarmed.

In the two years since the beginning of the ongoing bloody and often senseless conflict in Ukraine, instead of building a free and democratic pro-Western society, the Ukraine is succumbing to the glorification of Nazi collaborators.

It began right from the start, when as many as 27 neo-Nazi organizations that were operating in the country registered and became legal. Since then, the ideology of the Ukrainian ultra-nationalism has become officially welcome in the country in a speedy escalation.

In April 2015, the Ukrainian parliament passed the package of laws on de-communization. These laws turn Ukrainian ultra-nationalists and Nazi collaborators into heroes. It recognizes all combatants from infamous OUN UNA, organizations of the Ukrainian ultra-nationalistic Nazi collaborators as “fighters for freedom and independence of Ukraine”, with all legal and financial consequences for them and their descendants.

The ideological father of these laws is 82-year old Jury Shuhevich who is regarded a patriarch of the new Ukrainian parliament. He is the son of the SS captain Roman Shuhevich, who was awarded the Iron Cross by the Nazis for his ‘exploits’ as the political leader of the SS Nachtigail battalion. In his recent interview to The Guardian, re-published by the pro-government The Kiev Post, MP Shuhevich was quite charming on his views on the crimes of the Nazis and their collaborators during the Holocaust: “People are saying that we did the things and the Poles didn’t. And what about the Jewish police, the Judenrat, which selected and sorted the Jews? I saw it with my own eyes. But the Jews don’t like to talk about that” (The Guardian, 12.08.2015).

Known as devoted anti-Semite, Mr Nalivaichenko was relieved from his position in June 2015. His new position, according to the president Poroshenko, will be the head of the new Ukrainian security body, its Special Foreign Service.

In the steady and forceful implementation of the Shuhevich-inspired laws, many streets all over Ukraine are in the process of being re-named not only after Nazi collaborators, but also after an array of vicious anti-Semites and racists from the previous generations of Ukrainians, starting from the hetmans who led the horrible pogroms from the 15th century onward, and including those atamans who were leading the pogrom gangs in Ukraine in 1920s. The names of all those ‘heroes’ will be replacing the current names in all main streets and avenues. The process is set to be completed by November this year, to mark the second anniversary of the new Ukraine.

“How we are supposed to live on the streets with those names of vicious murderers? Our families were victims of those pogroms as in 1920s, as in 1940s. We all are remember it vividly, in generations. This is a nightmare. It is not a de-communisation, as they were proclaiming in the parliament; it is clear Ukrainization on the way here, forceful and arrogant. And yet worse, it glorifies all those infamous fiercely anti-Semitic murders and criminals” a senior member of the Jewish community in the southern Ukraine said.

People are in despair there, and not only Jewish ones. “In general, people are very much afraid here. They are very passive and depressed. The violence is all around and an atmosphere of a deep fear is a very thick here,” a Ukrainian citizen told me recently. He is well-known journalist there, but due to the circumstances of the life in current Ukraine people cannot afford to be named in the interviews nowadays.

The Ukrainian government and its parliament have created official bodies to implement their new strategy of national patriotic education, introducing in high schools and universities disciplines like Theory of Race and A Course of the Young Ukrainian Patriot, in an aggressive attempt to re-write their history. Children in summer camps around the country, from the age of six, have been wearing camp T-shirts with the logo of the Das Reich Nazi Division (publications with photos in The Daily Telegraph, Daily Mail, The Guardian, August 2015). 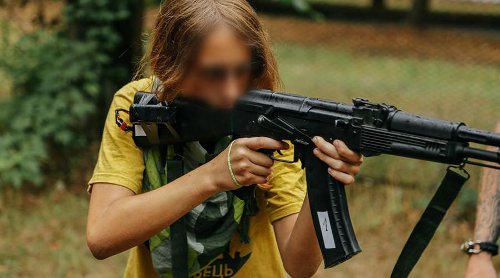 A special state body has been established that has the authority to strip scientists they deem are not loyal enough of their scientific credentials, with first 12 victims of this action being reported by the state commission. There are also black-lists of all sorts, banning films, books, writers, actors, singers, musicians, scientists, with Reporters Without Borders protesting against those completely unlawful measures officially.

Memorials to Nazi collaborators are being erected, including some that mock the victims of the Holocaust, like the erection of a huge memorial to Stepan Bandera on the site of the ghetto in Drogobych. Museums glorifying their crimes are being opened throughout the country. The Holocaust museum has added a new exhibit “Jews in the Ukrainian Liberation Movement” in an effort to demonstrate how nice the Ukrainian nationalists were towards the Jews.

Ukrainian authorities have openly legitimized neo-Nazi battalions which have become a force of its own, and quite dangerous one. According to the Ukrainian Defence Ministry, out of the 36 registered armed battalions, five of them are formed by the Right Sector, ultra-radical and pro-Nazi organizations; others are proudly manifesting their neo-Nazi character – such as Azov, Sich, Aidar, Shahtersk. 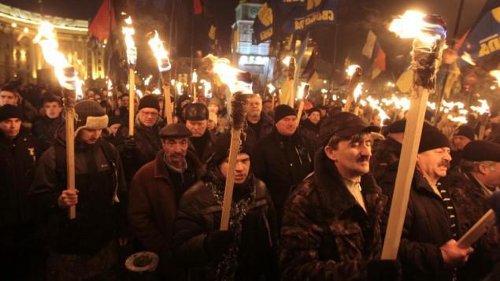 The Right Sector leader Dmitry Jarosh, the most vocal ultra-nationalist in Ukraine, has received a respectful position of the Special Advisor at the Defence Ministry.

The slogan of the Nazi collaborators, “Glory to Ukraine! Glory to Heroes!” has become the officially adopted slogan of new Ukraine. In theory, there is nothing special in this slogan, but people in Ukraine and many beyond it know the historical origin of this slogan. It was used by the Nazi collaborators and crowned all their terrible deeds. Today the Ukrainian president, the country’s leadership and the public are all using this slogan at state gatherings and public rallies.

The new national holiday introduced by the government, the Day of the Ukrainian Army, has been set on the date of the establishment of the Bandera OUN-UNSA, the most vicious Nazi collaborators whose record is documented in detail at all major military historical archives world-wide.

The well-known Ukrainian writer Oles Buzina who authored several books on the history of Ukraine was shot in the head a few months ago in an open hit. The arrested suspect has been released on bail and received a hero’s reception with flowers being thrown at him and screams of glory from a large crowd of his supporters.

It is shocking to see that all this is taking place three generations after the Holocaust. And the civilized world does not seem to be too worried about the burgeoning neo-Nazi movement in the Ukraine. It’s time we wake up.

INNA ROGATCHI is the writer, scholar, film-maker and philanthropist. She is president of The Rogatchi Foundation – www.rogatchi.org and founder of Rogatchi Films – www.rogatchifilms.org Her forthcoming book is Dark Stars, Wise Hearts: Personal Reflections on Holocaust in the Modern Times. Her internationally acclaimed film The Lessons of Survival is due to the Special Commemorative Film Series in Israel in October 2015. 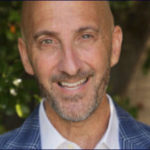 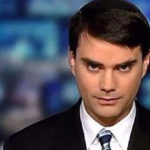 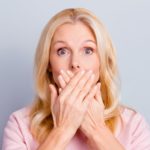 “What Are You, Crazy?”— Changing the Way We Speak5 min read

Do You Mind if I Ask5 min read