Tunnels in Northern Israel: What You Need to Know 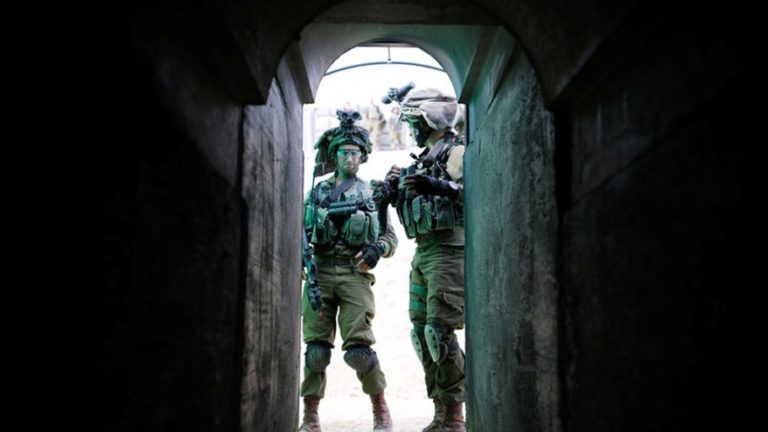 Aish.com spotlights the Hezbollah tunnels threatening soldiers and civilians in the north of the country.

Over the past three weeks Israel has launched a major operation to expose and destroy a network of underground attack tunnels dug by Hezbollah along its northern border. Here’s the lowdown.

How many tunnels are there and where are they?

The IDF has so far discovered four complete attack tunnels made by Hezbollah, with an additional shaft belonging to a fifth. These tunnels threaten the lives of thousands of Israeli civilians and soldiers. The first announcement was made on December 6 near the Israeli town of Metula, with the revelation of a first tunnel stretching 600 feet from Southern Lebanon, which began underneath a civilian building, stretching into northern Israel 130 feet. By December 16, Israel had located four tunnels crossing into Israel with the likelihood of more. 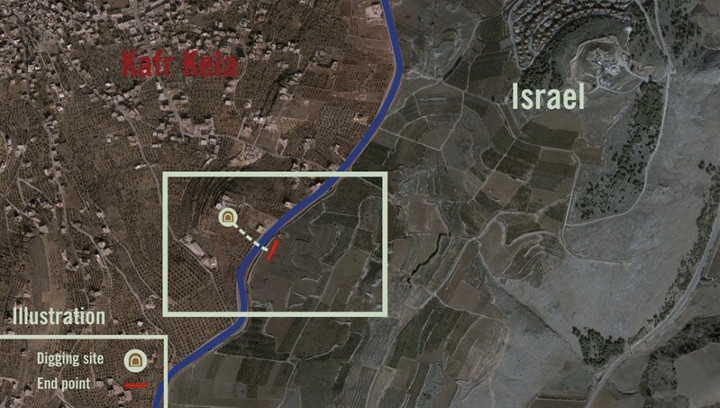 What has Israel done about this?

Israel has launched Operation Northern Shield with the expressed aim of exposing and destroying these attack tunnels. The operation has three stages. Firstly tunnels are exposed, then rigged with explosives to make unusable and then lastly, destroyed by use of controlled explosions. See below a video of the IDF destroying the first tunnel, including a warning to residents over the border ahead of time to vacate the area for their own safety.

Hezbollah, “the Party of God”, is an Iranian-backed Shia islamist proxy based in Southern Lebanon. It was created in the 1980s and is headed by Hannan Nasrallah who has openly called for the destruction of Israel. Hezbollah is officially listed as a terrorist organization by US, Canada, the UK and the EU among others and is estimated to have an arsenal of over 100,000 rockets and missiles with ranges that can reach hundreds of kilometers into Israel.

What is inside the tunnels?

While investigating one of the tunnels, a robot placed inside the tunnel by an IDF combat engineering corps filmed two Hezbollah members inside, one of whom was identified by Israel as Dr. Imad "Azaladin" Fahs, an Iranian born commander for the Hezbollah observation unit on the border with Israel. As Fahs approached to take a closer look at the robot, it set off a small explosion causing him to flee back into the tunnel. Watch the video below.

When did the IDF know about these tunnels?

The IDF Spokesperson has said as early as 2006, during the Second Lebanon War, the IDF became aware of networks of tunnels dug deep inside southern Lebanon, enabling terrorists to fire rockets into Israel and quickly retreat underground for cover. But it wasn’t until 2012 that the IDF became aware that Hezbollah had decided on a plan to dig attack under Israeli territory. In 2014, when Israel exposed tunnels in the south stretching from the Hamas controlled Gaza strip into Israeli territory, it created a technological intelligence taskforce to focus on the underground threat posed by Hezbollah.

What challenges does the IDF face?

Even though the IDF has been uncovering and destroying tunnels dug by Hamas into the sand dunes on the Gaza border since 2014, the terrain in the north is far more challenging to dig through. A year ago, a dozen combat engineering troops were sent overseas to Europe to learn techniques in thick rock excavation. A variety of seismic sensors and radar systems have been used to locate the tunnels. There is a threat of soldiers being shot at as they destroy the tunnels or of the tunnels being booby trapped.The IDF is working very carefully to avoid risk both to its own soldiers and to civilians both sides of the border. 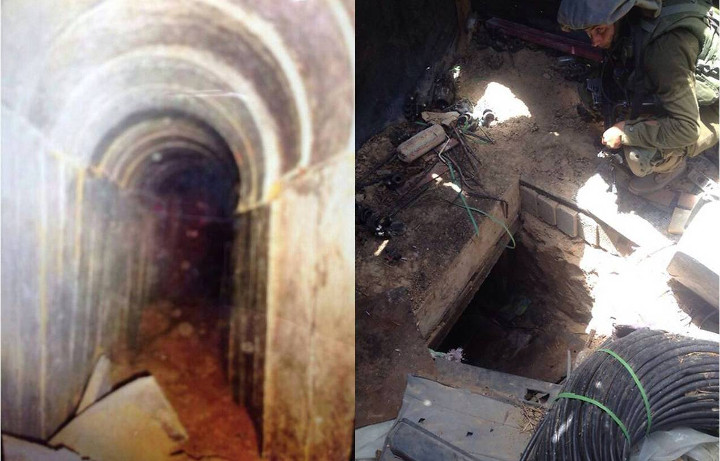 IDF at work in the North

Isn’t there supposed to be a UN patrol monitoring the border?

UNIFIL, the United Nations peacekeeping force on the border between Israel and Lebanon has confirmed the existence of the four tunnels and said that they are a violation of UN resolution 1701 (ending the Second Lebanon War) which called for all armed groups in Lebanon besides the country’s military to remain north of the Litani River. 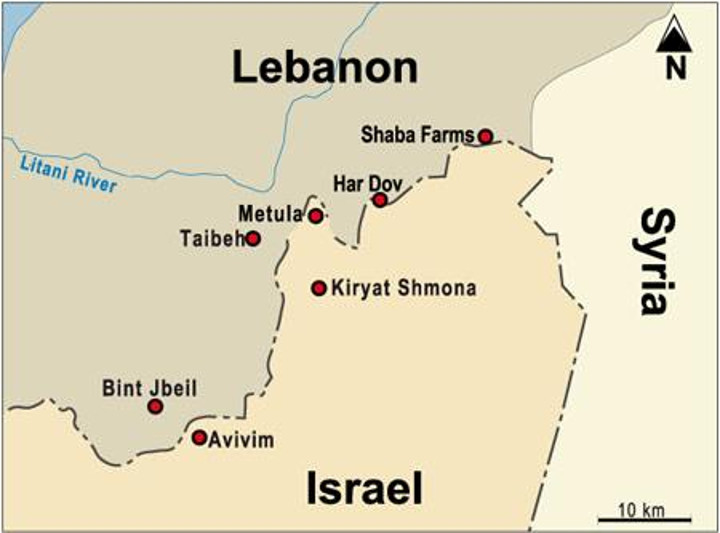 Has there been an international response?

Israel called on the international community to condemn the tunnels which Prime Minister Benjamin Netanyahu described as an act of war. Despite Israel’s Ambassador to the United Nations Danny Danon warning that Hezbollah planned to use the tunnels to carry out a five-point attack on Israeli civilians in the Galilee, the U.N did not issue a condemnation of the tunnels. The Arab states condemned Israeli aggression instead. Israel and the US refrained from tabling an official resolution for fear it would be vetoed by Russia .

Is Hamas helping Hezbollah with these tunnels?

According to the IDF, Hamas provided Hezbollah with the technical assistance, based on its extensive experience digging attack tunnels from the Strip into southern Israel. In 2006 Hamas used a 300 meter tunnel in the kidnapping of Gilad Shalit dragging him through the tunnel to Gaza where he was held captive for over 5 years until he was released in a prisoner exchange in return for 1,027 Palestinian prisoners, mostly members of terrorists groups. Since then Hamas has spent millions of dollars digging tunnels into Israel. In 2014, during Operation Protective Edge, Israel destroyed 32 terror tunnels, 14 of which penetrated Israeli territory. Israel estimates, instead of developing the Gaza economy, Hamas has invested around $150 million and 600,000 tons of concrete into the creation of dozens of tunnels built to attack Israel. 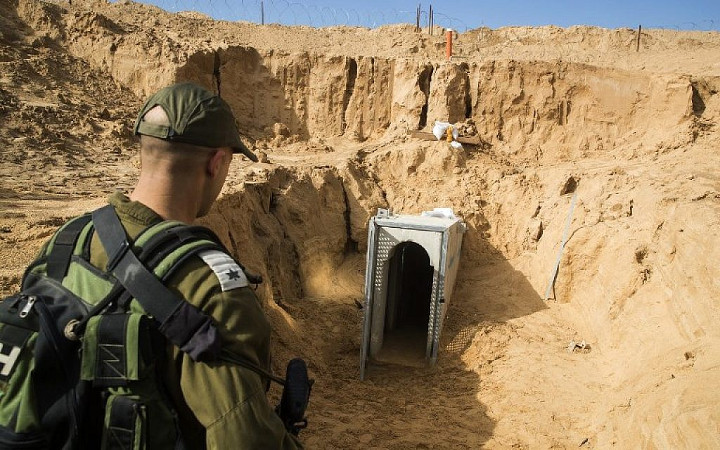 Democracy in the Arab World