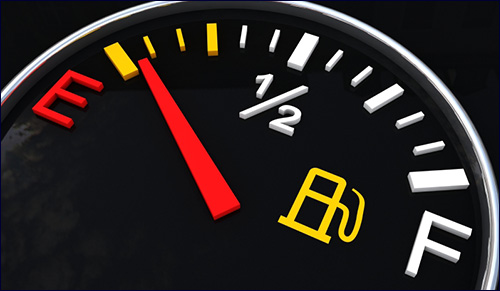 Gas prices keep going up. Here are my tips to keep your costs down.

Gas prices are like the weather. You can complain, but really the most you can actually do about it is try not to leave the house that much. Sure, you can try to come up with ways to use less gas. For example, you can buy a hybrid, which is, hands down, the most expensive way to save money.

You can buy a hybrid, which is, hands down, the most expensive way to save money.

Hybrid cars are kind of like sushi, though. They’re nice and all, but once you think about the price, you start wondering if maybe you should just make your own car.

Our first news story today comes out of Buckinghamshire, which is in England. (In fact, “Buckinghamshire” is the name of the fake English town I probably would have come up with if I didn’t know the real one.) Apparently a man in that town by the name of Perry Watkins built a racecar out of a dining room table, complete with a tablecloth and six chairs, and even plates, glasses, and fake food.

You’ve got to admit, this is a great idea for a car. Imagine being able to go on long trips and not have to keep passing food back to your kids. Or sitting down to a meal and having your kids not be able to get up and dance around after every two bites.

I think this might be a good time to mention that he got the car up to 113 miles per hour.

“Hey, what happened to the ketchup?”

In fact, that’s why he built the car in the first place – to set the land speed record for the fastest-moving piece of furniture.

Yes, this is a real record. You’d think the record for the fastest piece of furniture would go to a couch traveling backward down a flight of stairs and over a guy with a clipboard. And actually, the previous record did go to another Englishman with a couch, or rather, a couch that he’d converted into a car that went 92 miles per hour.

“Sir, do you know why I pulled you over?”

“I can probably guess.”

And the list goes on. A couple of years ago, a man in Montana was arrested on charges of DWI for driving a living-room recliner, which he had fitted with the motor of a riding lawn mower, as well as a stereo and of course cup holders, and crashing it into a parked car.

“Sir, can I see your license?”

“Sure, it’s right… Oh. Hang on; I think it fell between the cushions.”

Of course my first thought, when I heard about the recliner, was “I could sure use one of those!” And apparently, this was the first thought of a whole lot of people, because police ended up selling it at auction for over $10,000, on the condition that the buyer “wouldn’t use it on the road.” So mostly it’s for getting things out of the fridge without getting up.

My point, though, is that driving any one of these cars would probably save you a lot of gas money. Not only that, but it’s probably less stressful to sit in them in traffic.

But if you think you’ve been hit hard by gas prices, imagine how hard the airlines have it. And it’s not like the planes can just go flying around looking for a cheaper gas station. So airlines are always looking for ways to reduce fuel costs, or, at the very least, pass them on to you.

For example, as I’m sure you’re aware, these days they’re charging more for each bag that you carry, AND not letting you get on with as many bags. And just so people don’t say, “Okay, I’m going to bring one bag, but it’s going to be the size of a tent,” they also put a limit on the weight. It’s starting to make more and more sense to just get on the plane wearing everything you own.

But it’s not just your luggage that has to lose weight. The airlines are replacing the beverage carts, seats, and storage bins with lighter models, and they’re only pouring you about half a can of soda. Also, according to recent articles, some airlines have made their spoons smaller. That way, not only do they save the fuel brought on by the extra weight of all the spoons (because you know how it is -- every passenger insists on getting his own spoon), it also lets the airlines carry less food, and the passengers think it’s the same amount of food because their spoons are smaller. Jewish families should try this during Pesach.

They’re also taking a stand against passengers doing anything to make the planes use more gas. A few weeks ago, a plane was diverted because a man got up from his seat, insisted that he had to get off the plane, and attempted to open the emergency doors. (He knew how to do this because the flight attendants helpfully teach everyone how to do it every time you get on the plane -- right before they launch you thousands of feet into the air.) But obviously they didn’t want him to open the door, because, as anyone who has ever driven on a highway can tell you, it creates a drag that raises the amount of fuel you burn. Also, it causes things to fly comically around the car.

So my thought is that if we want to save on gas, we should take some tips from the airlines. For example, we should raise a whole stink when someone tries to get into the car with more than one bag. We should also start questioning how much our family members weigh, and whether they will fit in only one seat. Also, when our kids want yogurt passed to the back, we shouldn’t give them spoons.

We can also get rid of our spare tire. Honestly, when are you ever going to need a fifth tire? And let’s put it this way: If you do get a flat tire, would you even know how to change it? And what if two tires pop? What if all your tires pop? Why not carry around four spare tires? So with the chances of one tire popping – and no less and no more – and the fact that you pay for AAA anyway, who will send someone to do it for FREE, why on earth are you schlepping around an extra tire every time you leave the house?

And it’s not just about reducing weight. Airlines are now repainting planes with an aerodynamic coating, and there’s no reason that YOU can’t spray your car with a similar non-stick coating, such as PAM. Or the kind we spray on our kids before we take them out into the sun, which makes them not only more slippery when we’re trying to grab their hand, but it also makes them run noticeably faster.

Also, make sure, every time you go anywhere, to leave at least a half hour after you say you’re going to leave. I don’t know how that helps, but all the airlines do it.

Sure, none of these tips will save you a whole lot of gas, but according to the experts, all the little things add up. Of course, when you have thousands of planes, it really does add up. Whereas you have two cars, and one of them looks like a recliner. But still.