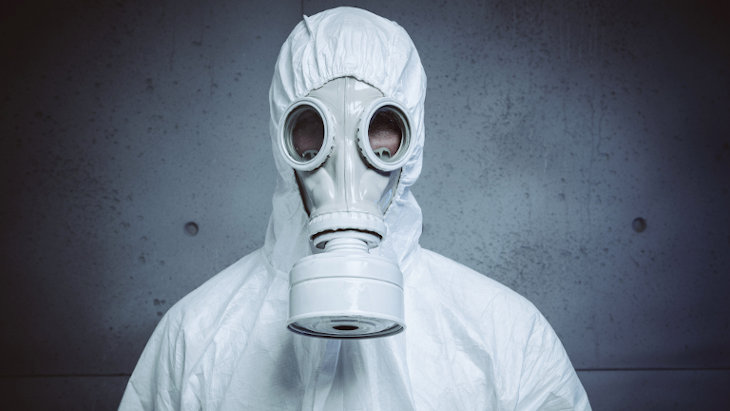 When we are in the presence of people who delight in speaking gossip, lashon hara in Hebrew, and spreading negative rumors about others, we may experience a range of emotions – from titillation to disgust. But whatever position we take and however we decide to handle it, one thing is for sure – if they speak ill about others to us, they will speak ill of us when we are not there.

We always remind our children of them when we are training them in character and in choosing their friends but somehow we seem to forget that lesson when it comes to ourselves! For some reason I need to keep relearning it.

And it’s not just gossiping that’s a problem; any destructive character trait can blow back on us. And I guess I’m a slow learner because it seems to happen over and over again. Many years ago, we had an acquaintance who was extremely litigious. We were constantly talking him down from the roof, calming him down, mediating, preventing the destruction of individuals and organizations. Until he turned his adversarial ways on us – and we found ourselves mired in lawsuits and spending our days in far too many courtrooms.

Lesson learned: the way people treat others is the way they will eventually treat you. Don’t think you’re any different. That’s why the Torah is constantly admonishing us to be careful about the company we keep, to stay away from bad neighbors or friends, to choose our community well.

But, as I said, I seem to be a slow learner or my memory isn’t what it used to be because the lesson I thought I learned keeps coming back to haunt me. Recently it happened again. A good (?) friend had created a very hostile dynamic with a mutual acquaintance. I’m embarrassed to say that I did very little to dissuade her from her position, even though I was convinced she was wrong. Perhaps the acquaintance had legitimately done something to aggravate her, perhaps there was just no chemistry; obviously I had the superior social skills, the better tools for making friends and influencing people and just plain getting along with everyone. I didn’t puff out my chest like a cartoon character but I might as well have.

Until the other day when I inadvertently did something that hurt my friend’s feelings that made her feel left out of a particular social situation, all that wrath was turned on me. To say I was stunned is putting it mildly. The vitriol, the aggression; what did I do to deserve this?

But I shouldn’t have been shocked. I shouldn’t have considered myself special or different. And perhaps what I did to deserve it was not to defend our embattled mutual acquaintance, to stand by and allow the “abuse” to occur – as long as it didn’t touch me. Now I’m in the middle of it.

The situation has not been resolved and I’m sick at heart – not just for the loss of a friendship (which I’m reevaluating as I write) but really for my own blindness, my own self-centeredness, my own lack of compassion and human understanding.

I don’t want to spend my life wary of people, I don’t want to avoid relationships but we need to choose our friends carefully and if they behave in ways that are disturbing, we need to either speak up or step away. The illusion of being different is just that. The illusion of being special is just that. And even if it were to be true, we still have a responsibility to choose our friends wisely and to stand up for others.

It’s been a brutal few weeks but I hope that this time I can finally say: Lesson learned!

My Surgery Right before Passover