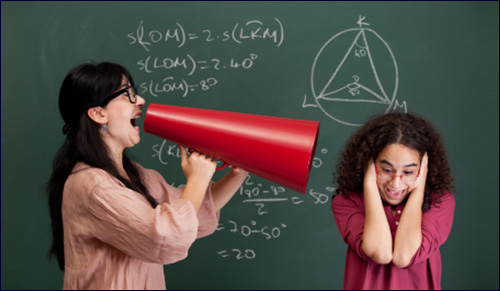 The gift of great expectations.

“Tough Teachers Get Good Results.” I don’t know if the Wall Street Journal lists the most emailed pieces of the week the way the NY Times does, but this would win for sure. I read it. My kids read it. My friends read it. My editors at aish.com read it. And my inbox was bombarded with hyperlinks to the articles. I think it’s because the piece struck a chord; it resonated with many of us who feel some dismay about the direction of education today.

We all remember the one teacher (you have to be very lucky to have more than one!) who stood out from the crowd – not for her warmth (although I’ve nothing against warmth), not for her creativity (although I’ve nothing against creativity) and not for her effusive and undeserved praise (which I do have something against). She stood out because she was tough but fair. She had expectations – but not unreasonable ones. She made us work hard – for our own benefit. She was strict – so that we would take the lessons seriously. She made us drill, drill and drill again – because it was an effective teaching strategy. She didn’t put up with nonsense and she wouldn’t settle for mediocrity.

In fact, she seems rather like the Mr. Kupchynsky referred to in the article, whose teaching strategies the author extols and whose philosophies are elaborated on in the newly published Strings Attached: One Tough Teacher and the Gift of Great Expectations.

My teacher’s name was Miss Dick. She was my high school French teacher. She wasn’t particularly friendly or popular but she made us work and she challenged us to succeed. I respected her.

Not so my English teacher who tried very hard to be cool, to be “au currant,” to be our friend – and who later showed up at one of my freshman year college parties. Yuck! In his class, I learned nothing and he engendered no respect whatsoever.

Mr. Kupshynsky had some basic educational philosophies, many of which are, unfortunately, not popular today.

One of them was that it’s okay to fail. Yes, you read that correctly. Contrary to popular belief, children learn more if they are prepared to fail, if they are prepared to take risks. No one benefits when “everyone’s a winner” or when they play it too safe. Mr. K’s students said that “He taught us how to fail – and how to pick ourselves up again.”

Will power and tolerance for frustration are more important than talent.

This is crucial. We won’t try anything – whether it’s learning to ski, plan an instrument, solve a difficult mathematical equation or discover a cure for cancer – if we are afraid of failure. Most successful people (businessmen, scientists, writers, you name it) had many failures under their belts before they because successful – and even afterwards as well! It’s not failure that’s a problem but how we respond to it.

A friend told me that when he is interviewing potential new employees he asks them to “tell me a story about a time you failed.” He figures he’ll learn more about the hireling’s character from this than from a tale of success. Children and adults need to learn to fail, to tolerate frustration, to cope with disappointment, and to get back on the horse. Mr. K was preparing his students for successful lives even as they may have failed a test or two. He may not have realized it but he was also echoing the wisdom of King Solomon who wrote in Proverbs (24:16) that “For though the righteous may fall seven times, he will arise.”

Mr. K sounds like he was very wise and very down-to-earth. I’m looking forward to reading the book. But with me, he’ll be preaching to the choir. I already share his philosophies. I hope that those who don’t – parents, teachers, administrators, government officials – will at least crack the cover and read what his students said about him. Our children’s future may well depend on it.

Man plans and God… What?

The Time of Our Joy

Dirt is Good
What Does Kosher Mean Literally?
Live Abortion Panel
Morality and Abortion: Three Views
Comments
MOST POPULAR IN Mom with a View
Our privacy policy