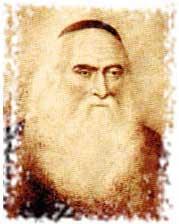 Yahrtzeit of Rabbi Don Yitzhak Abravanel (1437-1508), a leader during the Golden Age of Spanish Jewry. After having served as treasurer to the king of Portugal, Abravanel became a minister in the court of King Ferdinand and Queen Isabella. In 1492, Isabella signed a decree expelling all Jews who refused to convert to Christianity. In the Inquisition, an estimated 32,000 Jews were burned at the stake and another 200,000 were expelled from Spain. Rabbi Abrabanel reportedly offered Queen Isabella the astronomical sum of 600,000 crowns to revoke the edict. Abrabanel was unable to prevent the expulsion and was exiled along with his people. Most of his rabbinic writings were composed in his later years when he was free of governmental responsibilities.

King Sennacherib and the Siege of Lachish
Faith: A Lot Deeper Than You Think
The Meaning of Some Common Jewish Last Names
The Pletzel of Paris and The Bread That Shares Its Name
Three Small and Easy Changes to Add Positivity in Your Home
Breaking Barriers and Baking Babka: How One Jewish Mom Became a YouTube Sensation
Scientific Curiosity and the Divine Encounter
Mind Over Milkshakes
Love the Convert
Comments
MOST POPULAR IN Day in Jewish History
Our privacy policy
Aish.com Is Looking for Great Writers