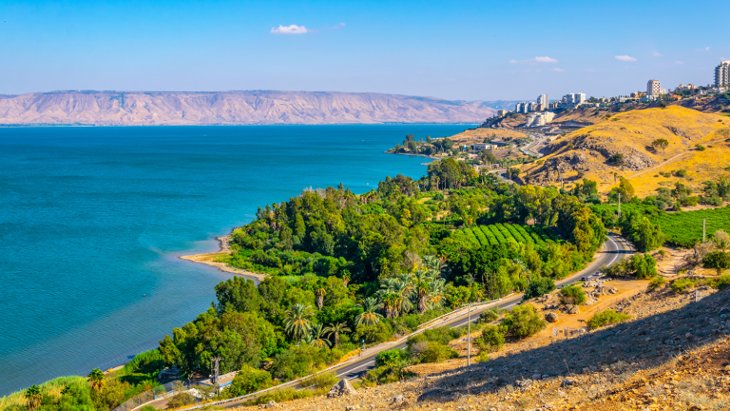 Along with Jerusalem, Hebron and Safed, Tiberias is one of Israel’s four holy cities. Why?

The Land of Israel is a remarkable, unique place. The Kabbalists teach that it is different from the rest of the world in that the Land of Israel comprises of a primarily spiritual essence and that many different areas of the Land have its own personality and characteristics. Someone who wants to connect to passion and fire should travel to Jerusalem, while one who wishes to contemplate earthiness and brotherly love should spend time in Hebron.

With the tragic nature of the Israeli-Arab conflict, it is all too easy to become distracted from the various spiritual dimensions of the Land and only focus on its superficial appearance. So let’s spend some time focusing on the deeper essence of Israel’s lakeside city, Tiberias.

Along with Jerusalem, Hebron and Safed, Tiberias is one of Israel’s four holy cities. One might think that Tiberias doesn’t quite deserve this designation. After all, it isn’t mentioned in the Bible, and was built by King Herod in the first century CE to serve as a center of paganism. It was named after the successor of Augustus Caesar, Emperor Tiberius. This is not a promising start for a city that is known for ‘holiness’.

Despite this, our Sages claim that the Messianic Redemption will begin in Tiberias. What does this mean? And why here of all places? If we dig a little deeper into the city’s past, we might gain a better understanding of what it stands for.

Tiberias’ designation by Jewish mysticism as a ‘City of Water’ seems obvious from the fact that it sits on the shores of the Kinneret, Israel’s largest freshwater lake. Historically, the Kinneret provided most of the State of Israel’s drinking water. Today, thanks to Israel’s groundbreaking progress in desalination techniques, the Kinneret is used for only about 5% of the country’s water needs, and is otherwise enjoyed by locals and tourists for swimming, fishing and water sports. Tiberias is also well-known for its natural hot springs. Since antiquity, people have travelled from near and far to take advantage of the therapeutic healing the springs provide. However, although Tiberias enjoys both of these water sources, its nickname is not derived from either of them.

With the destruction of the Second Temple in the year 70 CE and failure of the Bar Kochba rebellion in 135, Jerusalem lay in ruins and was closed to Jewish settlement. Jews moved to the north of Israel, and brought with them the Sanhedrin, the Jewish Supreme Court. Members of the Sanhedrin discussed applications of Jewish Law, made enactments for the good of the community, and judged court cases. It sat in Tiberias for many years until it was forcibly disbanded over time by various Byzantine Emperors. Despite a few controversial efforts to put a Sanhedrin together again, the court has not been reconvened since.

Partially due to the Sanhedrin’s presence, Tiberias became the center of Jewish life in the Land of Israel for the next 500 years, from the mid-second to the mid-seventh centuries. During this time, two monumental works were completed there, based on the Oral Law. The Oral Law is part of the Torah, and was taught to Moses at Mount Sinai. It consists of interpretations of Scripture, i.e., Written Law. For centuries, the Oral Law could only be passed down - you guessed it - orally, and was taught verbally from teacher to student. Some time after the year 160, the head of the Sanhedrin, Rabbi Judah the Prince, realized that the tribulations of Roman rule were making it nearly impossible to successfully preserve the Oral Law verbally, and decided to commit it to writing. Much of this work was undertaken in Tiberias and the final product, known as the Mishnah, was completed in around the year 200.

The next two centuries saw a flurry of scholarly activity amongst the sages of the Land of Israel, who commented on and developed the ideas of the Mishnah. This resulted in the writing of the Jerusalem Talmud, which was finalized in Tiberias.1 It is difficult to overstate the extent to which these two works, the Mishnah and Jerusalem Talmud, have protected Jewish traditions for generations. They are passionately studied to this very day. 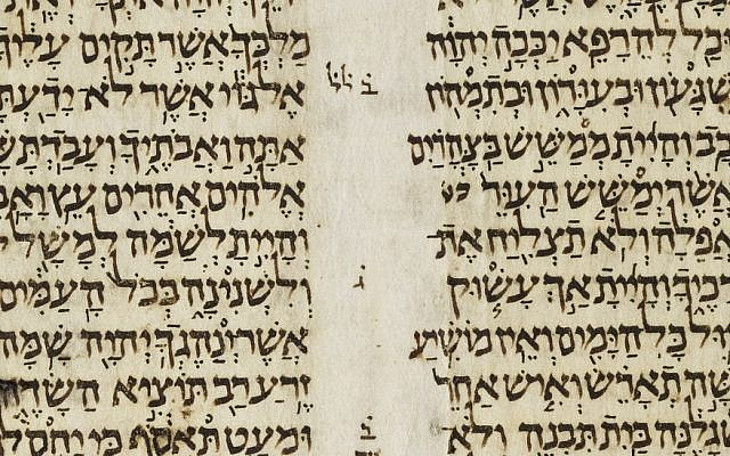 We now jump another 500 years, to the 10th century, as Tiberias is under Abbasid rule. A scribe has just completed writing a Torah scroll. There is nothing especially remarkable about the scroll, but one millennium later, it would be the oldest surviving Hebrew Bible manuscript in the world. This scroll serves as the definitive edition of the Bible, and all Jewish Bibles produced today are based on its text. As the scroll was protected by the Jewish community of Aleppo for centuries, it is known as the Aleppo Codex. For its own safety, the Codex was smuggled out of Syria to Israel in the 1950’s, on display for anyone to see in Jerusalem’s Israel Museum. We can only imagine what would have happened to this precious treasure if it was left behind in Syria. Having being written in Tiberias, the city again served as the site in which ancient tradition would be preserved for the future. 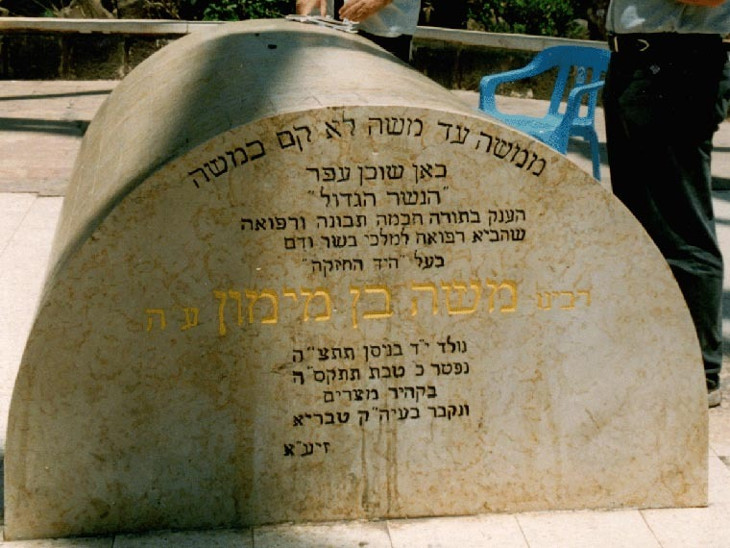 In 1187, the city was besieged by Saladin in order to challenge the Christian Crusaders to a head-on, conclusive battle. He succeeded, and won the successive battle, leading to the Muslim army recapturing Jerusalem and the eventual start of the Third Crusade. In 1204, Tiberias became the final resting place of Moses Maimonides, one of Judaism’s greatest rabbis of all time. However, the community began to dwindle in both size and prestige, and by the 16th century an itinerant rabbi described it as ‘ruined and desolate’.

Tiberias would experience its renaissance in the 1770s, when it became the first place in Israel to be settled by Hassidic Jews.2 At the same time as the Declaration of Independence was being signed across the sea, 300 Hassidic pioneers were bringing their spiritual, mystical traditions to Israel. Hassidism emphasizes the idea that each and every person is capable of developing a meaningful relationship with God, regardless of one’s level of Torah learning or piety. This spiritual revolution imbued European Jewry with a new dynamism, and its impact has been felt in the Jewish world ever since. Some synagogues and homes of the Tiberian Hassidic community still stand today, preserved despite the expansion of the modern Israeli city.

Let us return to Tiberias’ moniker, the City of Water. The Sages teach that the Torah is likened to water. On one level, just as water is indispensable to life, so is religious meaning. Additionally, water desires to flow, and will squeeze through materials as hard as rock in order to do so. So too, the Torah’s lessons are passed from generation to the next, no matter what difficulties may stand in the way. The different works produced in Tiberias over the centuries take different shapes and forms, but have one uniting cause. They served to pass the torch of Judaism forward. Each generation speaks a different cultural language, and so the Sages have continuously adapted their methods to best reach the people. Rabbi Judah the Prince knew he had to record the Oral Torah, the Hassidim knew they had to relight the soul with passion.

Tradition, like water, will always find a way forward. Sometimes, preserving tradition requires levelheadedness, like the cool water lapping Tiberias’ shores. Other times, it demands passion and zeal, like the hot geysers bursting from its earth. Perhaps this is why the Sages teach that the Messianic Redemption will begin in Tiberias. Knowing how to address the needs of the times with the same eternal messages has preserved us through exile. Tiberias represents that constant flow; it is the city of tradition, blazing a trail into the future.

1. This is one of two Talmuds, the other written by rabbis in what is today parts of Iraq and Iran and is known as the Babylonian Talmud.
2. The group had originally stayed in Peki’in and then nearby Safed, but Tiberias is where they settled permanently.

Massye Kestenbaum was raised in a suburb of New York City. He studied in Yeshivot Hakotel and Netiv Aryeh, both in the Old City of Jerusalem. He served in the IDF's Golani Brigade and has a B.A. in Jewish History and Talmud from Bar Ilan University. He currently resides with his wife in Be'er Sheva.