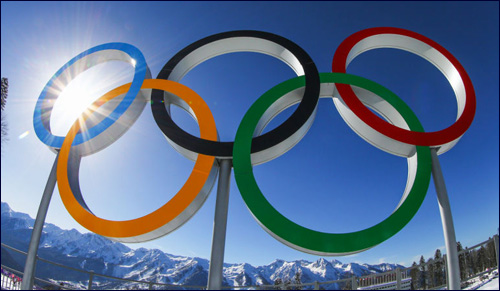 The keys to Olympic success are the tools we need to fulfill our potential.

What makes Olympic champions the very best in the world?

We watch with awe and amazement at the peak performances of Olympic champions in PyeongChang Winter games and wonder how human beings can possibly achieve such levels of perfection.

Of course these are athletes blessed with rare and unique talents, gifted with physical aptitudes well beyond normal abilities. Yet, when we probe beneath the surface of their seemingly superhuman skills we discover that champions share a few special traits which transcend the blessing of their talent. Talent is a gift given to many, but champions are the ones who add the special ingredients required to turn them into winners.

We can apply the keys to Olympic success to achieve the blessings of personal growth, spiritual satisfaction and the joy of fulfilling our divine potential.

Here are the three secrets of Olympic champions:

1. The Power of Habit

Malcolm Gladwell, in his best-selling book Outliers: The Story of Success, makes note of a remarkable discovery. “Researchers have settled on what they believe is the magic number for true expertise: ten thousand hours.” No one can ever really master any task, become truly proficient in any undertaking, without the painstaking effort of constant repetition. “Practice isn't the thing you do once you're good,” Gladwell says, “It’s the thing you do that makes you good.”

It is the first mantra of every coach of an Olympian: Practice, practice until you drop – and then start to really practice. There is a physical as well as a mental basis for this emphasis. The power of habit establishes a pattern of behavior that becomes hardwired into our nervous system. After time, it becomes activated even without the need for intention. Our conscious minds are no longer necessary to activate desirable patterns; our nervous system kicks in automatically.

William James, in his magnificent work entitled “Habit”, uses that very idea as key to a spiritual recommendation. He recommends that we “make our nervous system our ally instead of our enemy.” Use the power of habit to override the negative pull of improper temptation.

Habits of action are the architects for our behavior and influence our emotions.

The famous American philosopher unwittingly echoed the great anonymous medieval author of the Sefer HaChinuch when he wrote: “Our heart follows after our actions.” Habits of action are the architects for our behavior and influence our emotions.

When Maimonides was asked whether it was preferable, in dispensing charity, to give $100 to one person or a single dollar to 100 needy individuals, he ruled the latter – simply because that would make a far greater habit out of our act of giving.

2. The Power of Criticism

People hate to be criticized. No one wants to be reminded of flaws. We prefer not even to admit we have them.

Interesting that one of the most important roles of a coach to turn a good athlete into a superstar is to find the flaws which stand in the way of perfection. That’s something Bode Miller admits to recognizing as perhaps the most important insight of his success. Preparing now to make his Olympic debut as a TV analyst for NBC during the Alpine skiing competition in 2018, Miller retired in 2015 as the second-most decorated American skier in Olympics history with six medals, including one gold.

In order to turn a good athlete into a superstar you need to find the flaws that stand in the way of perfection.

In his words: “People don’t like to admit they have flaws. Instead, they prefer to focus on their strengths. The problem with this approach is that, because your strengths are already, well, strong, you limit yourself in how much you can improve. It is because I am flawed that I continue to chase excellence. I’m constantly looking at my imperfections and looking for ways to improve on them. This approach makes much more sense because, weaknesses being weaknesses, they have much more room for improvement. And that great improvement is what will raise the level of your performance, whether in sports, school, the arts, business, or what have you, to new heights.”

It is an idea that Rabbi Noah Weinberg brilliantly analyzed in his masterly “48 Ways to Wisdom”. He points out how strange it is that most people see criticism as a personal attack, immediately triggering all kinds of defense mechanisms. In the Torah, the instruction to give criticism is placed right next to the commandment to “love your neighbor as yourself” as well as the prohibition against standing idly by while another person is in need. (See Leviticus 19:16 – 18). Echoing the very words of Bode Miller, Rabbi Weinberg wrote: “Criticism is not a personal attack, but a way to reach your Olympic level potential.”

What is the soul-searching of Yom Kippur and the meaning of its prayers for introspection and self-awareness other than a spiritual version of this method for seeking perfection? Undiagnosed flaws remain permanent failures. Having the courage to acknowledge them makes us real champions.

3. The Power of Imagination

The Kuzari, one of the most famous works of the medieval Jewish philosopher and poet Judah Halevi, teaches that the definition of a truly great person is one who has complete control over his mind, with the ability to visualize events by way of total planning. By that, he meant mental rehearsal in advance for unexpected roadblocks in life; preparation not only for the expected, but training for the unpredictable which invariably become part of the unwelcome script of our lives.

Bob Bowman was swimming coach of 23-time Olympic gold medalist Michael Phelps. Under his tutelage, Phelps won five world championship gold medals and was named the American swimmer of the year from 2001 to 2004. What Bowman stressed most to his star student was the concept of mental visualization. When things go wrong, as they sometimes invariably must, an athlete has two choices. He said, “You can view the situation as a disaster and mentally knock yourself completely off track dwelling on this, or you can look at the situation as a challenge that you can rise to and thus get better from. By anticipating bad things happening and then rehearsing exactly how you will successfully handle them, you will take your mental game to the next level. This kind of practice will enhance your confidence and keep you calm under pressure.”

Bowman could not have known what would happen in Beijing in 2008. Phelps had already won seven gold medals and was on the cusp of doing something no one had ever done before: to win eight gold medals in a single Olympiad. But when he dove into the water at the start of the race, his goggles started leaking. Soon his goggles were completely full of water and he was literally blind. On the verge of disaster, Phelps decided to switch gears and mentally consider what happened as just another challenge, a challenge for which he had prepared mentally. Phelps had rehearsed precisely for this possibility. Calmly, he switched his concentration to his stroke count. He knew from countless practice exactly how many strokes would get him across the pool as efficiently as possible. He knew just what to do – and his mental vision before the meet became the reality of his eighth gold medal.

“If you will it, it is no dream” were the inspiring words of Theodore Herzl, which in no small measure turned a 2000 year old dream into reality. “Reality is wrong, dreams are for real” is the contemporary way we express the idea that motivated the prophets of Israel, the spokesmen for God who predicted a messianic era for a world which at the time worshiped war and violence.

Belief – in God, in oneself and in the potential for good – can produce results far beyond not just the expected but even the possible.

These three ideas help create Olympic champions. And they can make us champions in the contest of life.

Itzhak Perlman's Broken String: Making Hopeful Music with What You Have

8 Things You Didn't Know about Rosh Hashanah
The Promise Of The Land
Which Chat Are You On?: Parshas Behar/Lag Ba’Omer
Do You Like Slow-Cooked Food? Thank the Jews
Comments