These Biblical Women Are the Ultimate Mother and Daughter-in-Law 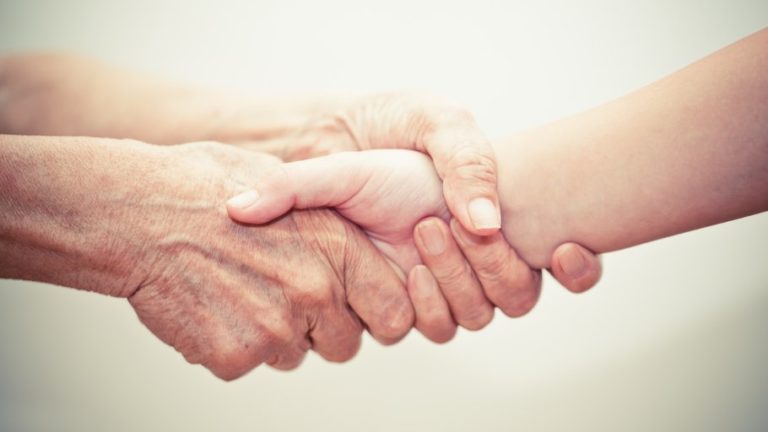 It’s not enough for Jews to consider themselves the “Chosen people;” we also need to be the choosing people.

When I first became a mother-in-law six years ago, I was determined not to become “that kind” of MIL, the butt of jokes, the subject of frustrated letters to advice columnists. Not for me, the role of overbearing or insecure competitor for my son’s love and loyalty.

You’d have to ask my daughters-in-law how well I’ve done so far, but they all call me Mom – naturally and with affection. And why should the relationship get such a bad rap? If you look back at the Book of Ruth, which we read on the holiday of Shavuot, we see an early model for this relationship that is loving. I adore this story, with all its poignancy, about the evolving close relationship between Ruth and her mother-in-law, Naomi. Ruth is perhaps Judaism’s most famous convert, and on the holiday where we commemorate our own choosing of the Torah, no saga could be more appropriate.

Ruth and Naomi have sunk from riches to rags after a disastrous decision by Naomi’s husband, Elimelech, a wealthy and influential Jew, to take his family to Moab to escape a famine in Bethlehem. In Moab, Elimelech dies and his two sons marry Moabite princesses, Orpah and Ruth. This would have been unthinkable back in Bethlethem, because even with proper conversions, Moabites (and Ammonites) were prohibited from marrying Jews.

Then the sons also die, and the three widows are alone. Naomi begins her sad trek back to Bethlehem, accurately anticipating that she will be the object of derision and scorn upon her return. After all, her family skipped town when they could have offered financial and moral support in a time of need. Orpah and Ruth begin to follow her, but Naomi urges them to return to their royal families. Orpah is quickly convinced, but Ruth clings to Naomi, uttering some of the most famous lines in all of biblical literature:

“Wherever you go, I will go; wherever you lodge, I will lodge. Your people are my people, and your God is my God.” This becomes her true conversion.

I am filled with emotion each time I read these few, eloquent, powerful words. Ruth clings to Naomi not as a daughter-in-law but a true daughter. She forever relinquishes the opportunity to return to her previous life of material comfort and minimal moral demands. Instead, she stakes her claim with the Jewish people, and assumes the challenge to live up to an extremely high moral and spiritual standard. She chooses an uncertain fate, joining a downtrodden people, though one promised a great future.

I try to imagine these two women, who till that point probably had an awkward relationship, now tethered together for the rest of their lives. Both were once wealthy and respected, but now reduced in every way, careworn and vulnerable.

I am not defined as much by where I have been as much as where I am going.

When they return to Bethlehem, they build a new life together. Ruth creates a small sensation when she is seen gleaning from the edges of the field, picking up discards from the harvest, which are available to the poorest in the community. Her dignity, discretion, modesty and refusal to take charity all mark her as someone special, someone regal. She is immediately noticed by the man who owns the field, the elderly Boaz, a relative of her late father-in-law. Boaz marries Ruth, and her great-grandson will be none other than King David.

Shavuot is the time when we commemorate receiving the Torah at Mount Sinai. This is when we became a nation defined by a covenant with God. Ruth chose the covenant, but even born-Jews need to choose it, too. As my rabbi once said, it’s not enough for Jews to consider themselves the “Chosen people;” we also need to be the choosing people. Each day, we can choose our Jewish spiritual heritage through honest prayer, study, giving charity, or looking for an additional mitzvah to do to repair the world. The most famous convert in history, Ruth, reminds me that I am not defined as much by where I have been as much as where I am going.

None of us can know how our actions and dedication to living an authentic Jewish life will pay off. We strive to be alive to our spiritual potential. Sometimes, living authentically Jewish lives seems not so terribly convenient. But as Ruth proves so eloquently, the gifts of being part of the people of the covenant might bring nothing less than a majestic future.

This article originally appeared on kveller.com

A Different Shavuot This Year

Shavuot for the Lactose Intolerant