There’s No Good Way to Kosher an Alaskan King Crab 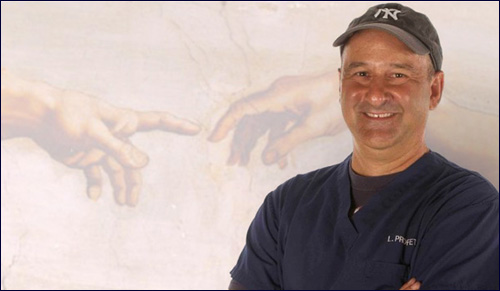 Don’t ask me how, but this treif-eating Jew has two children who attend Yeshiva University.

I’m not that observant, though I attend an orthodox synagogue on occasion. I read Jewish stuff when the urge hits me, I occasionally do tefillin, but my spiritual Jewish tides blow like a feather in a hurricane. Out of the 613 mitzvahs I suppose I follow….well let’s just say I know I should do better.

I didn’t grow up in an observant home. I’m just now learning that certain cuts of a cow are not kosher and that there is no good way to kosher an Alaskan king crab.

I admit I do a ton of things “good Jews” are not supposed to do. I still love to hunt, I drive on Shabbat. After a busy and devastating shift in the Emergency Room where I’m a doctor, there is a decent chance I’ll hit a Speedway gas station on the way home and whatever I buy will mostly likely have meat and cheese as a part of it. I know all of it’s wrong... it’s just not that wrong to me yet, but it’s trending there. 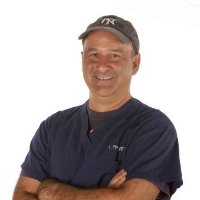 With the help of my wife I’ve done a few things right. Sending our two oldest sons to Yeshiva University is one of them. Yeah, you heard me right. This Midwest Jew who grew up mostly secular, was barely bar mitzvahed, never went to Jewish camp, had few Jewish friends growing up, spent Christmas every year at my best friend’s house, actually has two children who attend Yeshiva University.

Don’t ask me how; it’s too complicated to explain. We also sent all three of our children to Jewish day school. They are proficient in Hebrew, two of them keep kosher homes but one in particular, our middle son Eli (who is single by the way), is becoming more observant of late. 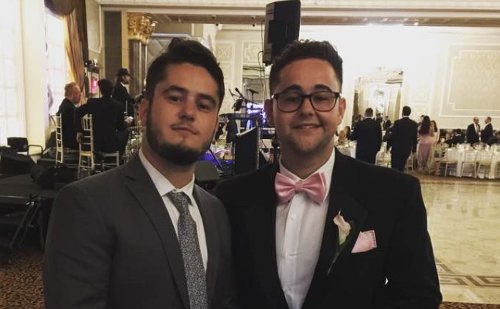 He made this promise to God when Eli’s older brother Max was suffering from leukemia and he’s stayed true to it.

Recently something happened that made me rethink my behavior a bit.

My father-in-law died. He was a wonderful man that I was so blessed to have in my life and we sat a traditional shiva for him that was officiated by his very “liberally, progressive, reconstructionist rabbi”. He did a good job, some Hebrew some English. My son Eli got involved but I could tell he felt it was a bit empty. It’s not what he had become used to in his religious journey.

The final two nights the rabbi had other obligations so as the crowd assembled at my in-laws home, Eli stepped up and offered to run the Mincha service for shiva. We waited for ten men even though one of my doctor friends who is also fairly reconstructionist insisted that it is fine to have one of the women serve as the tenth. It didn’t matter to me but it mattered to Eli, so we waited and we waited until the tenth man showed up.

My Yeshiva University son led the prayer service in perfect Hebrew, chanting and swaying. Tears poured down my face as I watched my son and I swelled with pride.

At the end of the service one of my other close friends who just happens to manage my money and the kids college funds came up to me and put his arm around my shoulder. “Louis, that was amazing, I used to think you were crazy, but every dime you’re spending at Yeshiva University is worth it.”

But what got to me even more is when my other friend, the one who wanted us just to go ahead and start the service, leaned into me and whispered something I never would have imagined coming from his mouth.

“If Judaism is to survive, it’s because of people like Eli.”

I think I’ll pass on the bacon cheeseburger today.

In Search of a Kidney

Even I'm Worthy of Miracles
Behar 5782: Working to Live or Living to Work?
The Wholeness of Being Broken
The Strange Face of Change
Comments
MOST POPULAR IN Spiritual Odysseys
Our privacy policy

Behar 5782: Working to Live or Living to Work?
The Wholeness of Being Broken
The Strange Face of Change
The Grand Mufti of Jerusalem and the Holocaust
The Connection between Israel and the Jewish People
Grit and Torah
Why We Can’t See True Reality
Jewish Chutzpah’s Ancient Precedent: Commoner Sues Toxic Boss 2600 Years Ago
Grilled Israeli Lamb and Veggie Kabobs Recipe
How To Barbecue Like an Israeli
1 2 3 … 2,981 Next »