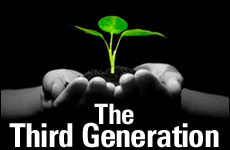 The grandchild of Holocaust survivors looks forward… and back.

For as far back as I can remember I recall my grandparents speaking of their days penned up like animals in Siberian work camps and prisons. Their eyes would well up with tears as they would recall the horrors they lived through. Those tears would then spill over as they would remember those who never made it as far as they did. 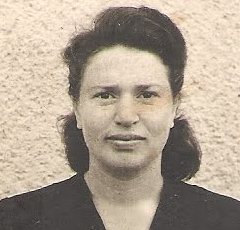 The years of the Holocaust were riddled with pain and agony. Those who survived are often called the lucky ones, but I secretly wonder if that is really true. Those who survived carried the horrible memories of the pain and suffering, while those who perished at the hands of the Nazis mercifully found peace, escorted directly to the gates of eternal heaven. There were no questions asked, no tribunals to be held..

But what of the survivors? What badge of honor do they wear? Surely they too have earned their place of honor in the annals of history. We so often see the Holocaust horror as piles of corpses and chimneys billowing with human ash. But the horrors do not end there. They continue to this very day. For the survivors, life had to continue on. They could not stop living. Each day continued on at a steady clip... fighting, just to keep up. Moving from DP camp to DP camp, and then on to more permanent homes in countries such as the United States and Israel. Never stop moving.

My grandmother lost her smile somewhere back in the camps, never to be truly found again.

Even in her "golden years" we used to say to my grandmother, "Grandma, relax. Sit with us and have a cup of tea." But not my grandmother. She always sat at the edge of her seat. Poised for the next moment to come; for the next job to come up, for the next important second to occur, where she could jump up and take care of it. She was forever managing life - working multiple jobs, taking care of the home, cooking, cleaning, sewing. But not always with a smile. She lost her smile somewhere back in the camps, never to be truly found again.

My grandfather, on the other hand, was a man whose smile shone brightly. He loved telling stories of the times before the war. In our last conversation before he passed away, he told me a sweet story of how he used to build radios out of old cigar boxes and would try to hear radio stations from France. His eyes twinkled as he’d pinch my cheeks. 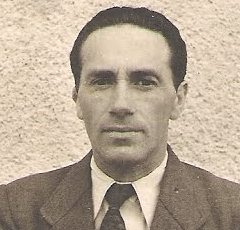 But the Holocaust never left his mind. He would often tell of when the Goldsammler name conjured visions of great wealth. I would quickly remind him to look around at all that his son and daughter have accomplished, with beautiful homes and beautiful grandchildren. But he wouldn't hear of it. He spoke of a time when his immediate family consisted of 10 brothers and sisters, many married with children. When he would speak of the family in those numbers, I could not help but agree that, yes, we were perhaps wealthier back then.

So many people think of the Holocaust as a horrible atrocity that happened in Europe to a generation that is unfortunately fading away. Many people say, "Learn about it now, so that it will never happen again." Of course this is all true. Yet the Holocaust is so much more. It is not merely a piece of history that must be remembered so that it does not happen again. The Holocaust is something that continues to affect lives till today. It affects the way I, and many like me, view the world around us. A glass of water takes on new meaning. A potato takes on a life of its own, and God help you if you try to throw away a piece of bread! We are the children and grandchildren born to spite Hitler's killing machine, but whose lives often drift among the shadows of his wreckage.

We have been labeled "Third Generation." That is what they call us, the grandchildren of the survivors. The "First Generation" of survivors themselves had the tenacity and audacity to survive against all odds. It was up to them to start it all over again. And start again they did. Then came the "Second Generation," the children of these mighty people, which history has dubbed "born from the ashes."

I have been born to a generation of Jews that stands at the precipice of change. Behind us lies a barren wasteland of horror, before us lies the potential for unimaginable and infinite splendor. I am of a generation far enough removed from the tragedies of yesteryear to be able chase after the hope of tomorrow… yet still close enough to appreciate that it is nothing less than a miracle that I can do so.

Perhaps it is our very existence that bears witness to their greatness and heroism.

Yes, my life is forever darkened by the horrors of the past but it is also illuminated by the promise of what lies ahead. I have stood on the land that my ancient ancestors walked on and touched the stones marking the very spot where innumerable prayers, thousands of years old, have been directed. I have flown in the skies above the Holy Land, taking in a prophetic "eagle's-eye view," and have marched through the holiest of cities in celebration of its return to Jewish hands.

Mine is not a generation without its problems and difficulties. We too have seen our share of tragedy and sadness. But for all of the sadness, hope remains alive. Perhaps that is the badge of honor we can bestow upon the Holocaust survivors. We can attribute to them our ability to move on from sorrow and rebuild from tragedy. Perhaps it is our very being, our very existence that bears witness to their greatness and heroism.

Theirs is a generation nearly extinct, but with the help of God, and our mighty third generation, their legacies will continue to live for all eternity.

Beth Goldsammler lives in West Orange, NJ. Over the years she has worked tirelessly for the Jewish community both locally and worldwide through her involvement with Jewish organizations such as the Conference of Presidents of Major American Jewish Organizations and the Jewish Family Services. However, it is her work with Jewish youth, both inside the classroom and beyond, that remains her greatest passion of all. Her work with Jewish teens, pre-teens and children in both NCSY and at the Joseph Kushner Hebrew Academy have given her the opportunity to inspire and excite our Jewish leaders of tomorrow.

5 Things to Do to Beat the Pre-Passover Blues

Nothing's been the Same