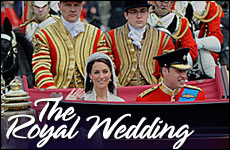 Respect for royalty is a training ground for worship of the Almighty.

Billions of people around the globe looked on as a once-in-a-lifetime fairytale finished its first chapter.

Kate Middleton from the tiny village of Bucklebury became a duchess, and her groom, Prince William, a duke. It was a royal wedding that captured the attention as well as the hearts of the world. The pageantry was spectacular, the bride and groom extraordinarily beautiful, and the occasion truly historic.

Yes, I know it wasn't a Jewish simcha, but nonetheless this event warrants a hearty “mazel tov.” As Jews, we know from our tradition that royalty deserves respect and we extend congratulations to the newlywed couple.

The British monarchy goes back many centuries. Some kings were noted for their kindness to the Jews; others dealt with us unfavorably. Yet in all that time Jews abided by the Talmudic teaching of Rabbi Chanina: "Pray for the security of the government, for were it not for the fear of its authority, a man would swallow his neighbor alive."

Monarchy is preferable to anarchy. Human rulers, although imperfect, are at the very least a substitute for lawlessness. And so on every Shabbat in every synagogue, we offer a congregational prayer to protect and safeguard the country's leaders.

In this spirit, the Talmud includes in its list of required blessings a remarkable law. If one happens to see a bona fide king, he is required to recite the following: “Blessed are you O Lord, King of the universe, who granted of His glory to flesh and blood.”

Surely, human kings are far removed from the greatness and holiness of God, the King of Kings. And yet the blessing requires us in some sense to make the connection. What is the link between them?

Blessed is God, who granted of His glory to flesh and blood.

By accustoming ourselves to render honor to someone of authority, we develop the attribute of submission required in our relationship to the highest of Kings. Those who never learn to express honor and respect to others on Earth can't ever hope to fulfill them where it counts the most – to the highest power to whom we owe our greatest allegiance.

Respect for royalty is a training ground for worship of the Almighty. It is He "who granted of His glory to flesh and blood."

So that is the first reason why I think it important for Jews to demonstrate our affection to the royal couple whose union is meant to perpetuate monarchy, the kind of rule that in its pristine form represents the dominion of God Himself.

But there is more that this wedding represents that in our day is extremely significant.

In Jewish tradition, the Kohanim, the priests, were required to live by higher standards in order to serve as role models and teachers. A priest was forbidden to marry a divorcee. Not because divorcees were considered inferior. Indeed divorce itself is permitted by biblical law. But the Torah wanted to discourage unnecessary dissolutions of marriage by making clear that divorce carried with it religious consequences. By not allowing a Kohen to marry a divorcee, that helps ingrain in everyone the ideals of marriage for life.

Remarkably enough, English monarchy abided by this selfsame concept when it forced Prince Edward to abdicate the throne when he chose the divorced Wally Simpson for his bride. (There are clamorings for Prince Charles to abdicate as well.)

What a future king does is far more than a personal decision. It defines the values of a culture and a kingdom. It sets the parameters for what is expected of leaders and those who choose to emulate them.

And so, when the prince decides to get married in order to ensure a life of fulfillment and contentment, it sends a clear message. It agrees with God's verdict after He completed creation that "it is not good for man to dwell alone." And it may perhaps serve as a wake-up call to all those who've come to believe that the solitary state is the key to the greatest blessing.

Contemporary statistics are shocking. According to the U.S. Census Bureau, 96 million people in the United States have no spouse. That means 43 percent of all Americans over the age of 18 are single.

Of the singletons, 61 percent of them have never said "I do." (Twenty-four percent are divorced and 15 percent are widowed.)

Many make the case that in our society, marriage is superfluous.

Google why countless people choose to remain alone, and you find the case made over and over again that our society, with its loose and almost nonexistent sexual standards, makes marriage superfluous. Once the idea of holiness weakens its hold on a predominantly secular world, it is not surprising that the concept of "holy matrimony" appears to have become irrelevant.

So even though Kate and William weren't standing under a chuppah, and the ceremony followed the traditions of another faith, I was moved when I heard the newlyweds pledge lifetime fidelity.

And whether they understand the Hebrew meaning of “mazel tov” or not, I offer them my best wishes, and hope that their life together will serve as a role model for ideal of monarchy, as well as for marriage. 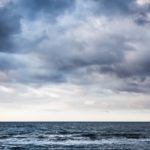 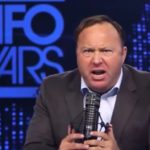