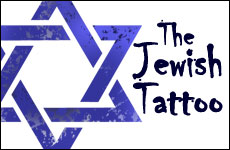 Growing up as a rather unaffiliated Jew in Dallas, Daniel didn't exactly have what we might call a "positive Jewish upbringing." His two days of Hebrew school per week meant getting shuttled to his "Jew school" when the rest of his world was off.

At Hebrew school, Daniel recalls the teachers wanting to be there even less than he did. They didn’t seem to believe in what they were teaching. It was as if they saw themselves as an assembly-line of sorts, robotically passing the torch of Judaism to the next generation in a zombie-like state of melancholy. Daniel learned about Jewish "traditions"—that Jews were to separate milk and meat and to keep Shabbat, but he had never actually seen such a thing in practice.

Once a year, Daniel was sentenced by his mother to a day of synagogue confinement. That's how it felt anyway.

He would inform his friends that due to his having to do the whole Yom Kippur "Jewish thing" he would not be coming into school the next day. When they'd break out into their envious "No way, that's so awesome!" routine, he'd let them know that it was the one day he'd rather be in school.

But something changed for Daniel in his teenage years.

He got off the plane he found a land flowing with broken Jewish stereotypes.

At age 16, Daniel's non-observant but proud Jewish father sent him on a trip to Israel, and Daniel came in contact with a type of Jew he had never met before. Growing up, a Jew meant the antithesis of anything cool — whiny, unattractive, easily pushed around, and not someone you'd want to be seen with. To Daniel's surprise, when he got off the plane he found a land flowing with broken Jewish stereotypes: pushy cab driver Jews and in-your-face street vendor Jews, police Jews and soldier Jews, criminal Jews and street musician Jews.

Daniel finally met a Jewish people that he could relate to, enjoy being around, and that radiated with Jewish pride.

For the first time in his life, he actually felt a certain affinity with his people, a certain identity and joy in being Jewish.

A number of years later, as Daniel made the transition into college, he felt a sense of yearning for clarity about who he was and what he was about. His friends were getting into a piercing and tattoo craze. Daniel decided that if he was going to get a tattoo it was going to be something that would express who he was. He felt that his tattoo should exemplify his Jewish pride and therefore settled on a Star of David. He wanted it so that if anyone would ever try to force him to wear a Jewish star in the future, he'd be able to say, "Look, I beat you to it!"

Daniel wanted to show that he was not afraid of his Jewishness and express his Jewish pride by defending the Jewish people. He decided to put his Star of David tattoo in a place where everyone would see it, showing the world that he is not afraid of them. Since everyone wore shorts all the time in Dallas, he put the tattoo on the back of his calf muscle.

Related Article: What's A Nice Cosmo Girl Like You Doing With An Orthodox Husband?

A Different Kind of Brawl

After getting the tattoo, Daniel would scan every bar, park, and public place he’d walk into, trying to spot the guy that was going to mess with him. He couldn't wait to get into a fight defending the honor of the Jewish people.

But the fight never came. At least it never came in the manner that he expected it to…

Someone came up to him and said, "Hey, you Jewish?"

"Well, actually I'm Christian and I was just wondering about this thing that I heard Jews do with separating between milk and meat."

Taken aback, Daniel responded, "Well, I'm not religious, so how should I know?"

Other times people would approach him and say, "Hey, you Jewish?"

"Oh well, I'm Christian and I think you guys are great. I love the Jews!"

On other occasions: "Hey, you Jewish?"

"Uh, okay… Are we supposed to be friends now?"

Instead of the fight he anticipated, Daniel was embattled with questions from Jews and non-Jews alike.

Daniel's tattoo turned out to be his kippah of sorts. Not only did it espouse Daniel's Jewish identity to all, but it forced him to be aware of his Jewish identity wherever he went and whatever he did. When Daniel would consider doing something that wouldn’t look all that good for the Jews, he’d now think twice about it. What would people think about Jews if I get caught?

Daniel started to sense that he was representing the Jewish people. He could no longer remain ignorant.

Daniel started to sense that he was representing the Jewish people. He felt like he couldn't remain ignorant, unable to answer people's questions about Judaism, so he began looking up the answers. He started making time to learn about the Jewish people, their history, and their Torah.

All of this triggered his own questions: What does it really mean to be a Jew? Is there anything real to all this anyway? Is Judaism relevant to my life?

He decided to make his way back to Israel to explore Judaism further and determine what it really means to him. He searched out the depths of Judaism – its philosophies, its spirituality, and the “whys” of Judaism. Slowly but surely, Daniel began to piece together a picture of Judaism that resonated with him. Through learning, asking, and exploring, false stereotypes and stigmas were broken, and Daniel was able to bring meaning and understanding to the seemingly hollowed “traditions” and “rituals” of Judaism.

As Daniel grew in Jewish wisdom and experiences, he found himself in dialogues with others about similar topics and enjoyed the positive back-and-forth and being able to share what he has gained. At that point, Daniel connected with an Israeli tour company and began helping others come to Israel and get the type of eye- and heart-opening experiences that he had been privileged to receive when he was younger. Daniel saw that this is what he wanted his life to be about, so he enrolled in a course to become a certified Israeli tour guide.

Today, Daniel is living his dream in Israel. He is happily married with three children and he is a sought after Israeli tour guide. He works full time to bring the beauty of the Land of Israel and Judaism to Jews of all backgrounds, sparking in others the type of personal journey that had been sparked for him back when he made his way to Israel for the first time.

Click here to order Rabbi Eliyahu Yaakov’s new book Jewish By Choice: A Kabbalistic Take on Life & Judaism, a clear, accessible, and practical view of Kabbalah and the "whys" of Judaism.

Rabbi Eli Deutsch is a sought-after speaker on Jewish philosophy, Chassidus, and Kabbalah, and he mentors individuals, couples, and groups on bettering their lives and relationships with courses on personal development, dating, marriage, parenting. His classic bestseller, Jewish By Choice: A Kabbalistic Take on Life & Judaism, has won wide acclaim as the clearest, most comprehensive, easily accessible, and practical depiction of Kabbalah and the "whys" of Judaism available in the English language today. Rabbi Eli has recently released his first online course on communication and couplehood based upon his Male-Female Dynamic system for upgrading relationships. The course provides the mindset and practical tools to tap into the polarity of your masculine and feminine core to help you increase connection, understanding and intimate communication in your relationship. To learn more, www.malefemaledynamic.com.

Elie Wiesel and the Radicalization of a Hassidic Girl

One Drink Too Many: My Journey of Breaking Free from Alcohol
Olivia Newton John’s Grandfather was a Nobel-Prize Winning Jewish Physicist
Don’t Believe in Other Gods Versus God is One
Seeing Without Eyes
Comments
MOST POPULAR IN Spirituality
Our privacy policy
Aish.com Is Looking for Great Writers