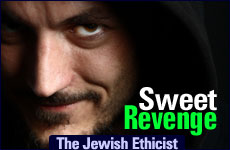 Is bearing a grudge ever justified?

Q. Is bearing a grudge ever justified?

A. Holding grudges and taking revenge are among the most primal human instincts.  These instincts have one positive effect; if everyone knows you will hold them accountable for a slight they will be reluctant to take advantage of you. But it also has a negative effect; since each of us has a powerful tendency to rationalize our actions and view ourselves as in the right, the grudge or act of revenge is likely to be itself interpreted as a slight, and one offensive act, or even one mistakenly interpreted as offensive, can set off a cascade of attacks and counterattacks and perhaps a permanent feud.

In order to prevent this effect, the Torah has a specific prohibition against revenge and grudges: "Don't take vengeance and don't bear a grudge towards the members of My people, and love your fellow as yourself; I am the Lord" (Leviticus 19:18).

The medieval Sefer HaChinuch, a very influential book explaining the scope and rationale of the Torah's commandments, understands this commandment very broadly:

And the substance is that if anyone of Israel harmed or vexed his fellow in any way, and the habit of most people is that they will not desist from seeking out someone who harmed them until they have requited the harmful act or cause [the wrongdoer] sorrow just as he caused sorrow to them. And the Holy One blessed be He prevents us from doing his.  . . And the root of this commandment is that a person should know and internalize that anything that happens to him, whether good or bad, its ultimate cause is from God. . . And in addition this commandment has a great benefit to quiet dispute and to remove enmity from people's hearts. (1)

In the following commandment, he writes:

Not to hold a grudge, that is, we are prevented from holding a grudge in our hearts on any harm done us by one of Israel, even if we have agreed not to requite his actions. . . And the substance of this commandment is like that of revenge.(2)

We need to reconcile this with the laws of forgiveness taught in regard to Yom Kippur, the Day of Atonement.  There we learn:

Transgressions between a man and his fellow are not atoned by the Day of Atonement until [the wrongdoer] reconciles himself with [the victim]. Even if he only taunted him verbally, he needs to reconcile. And if he isn't reconciled the first time, he should go back a second and a third time. . . The forgiver should not be cruel and withhold forgiveness unless he intends the benefit of the wrongdoer. (3)

Evidently the wronged party is allowed to remember the slight, and is obligated to forgive only when he is convinced he has received a sincere apology.

The solution to this paradox is found in the example brought by Rashi and other commentators:

The example is taking revenge for lack of positive action, not for an actual aggressive act. Specifically regarding holding a grudge, we are not obliged to forgive those who have wronged us until we have received a sincere apology.

How do we then avoid the cycle of mistake and misunderstanding described by the Sefer HaChinuch? The answer is found in the verse immediately preceding: "Don't hate your brother in your heart; surely reprove your fellow, and don't bear sin towards him" (Leviticus 19:17). This is the commandment of gentle reproof.

If we are convinced that someone has wronged us, we have a responsibility to patiently explain to the wrongdoer what he did and why we have taken offense. This in turn gives him an opportunity to explain his actions, or to apologize for them. If we are not convinced by his explanations and an apology is not forthcoming or not sufficient, it is natural and permissible to recall the slight and perhaps cut back on expressions of friendship until the matter is reconciled.

Even in this case, we do not find that it is permissible to take revenge, that is, to take acts intended to actually cause harm or hurt to the wrongdoer.

The Jewish Ethicist - Off Target
G-d Time
Shavuot is The Holiday of Cheesecake and Blintzes
What Does Kosher Mean Literally?
Comments
MOST POPULAR IN Current Issues
Our privacy policy