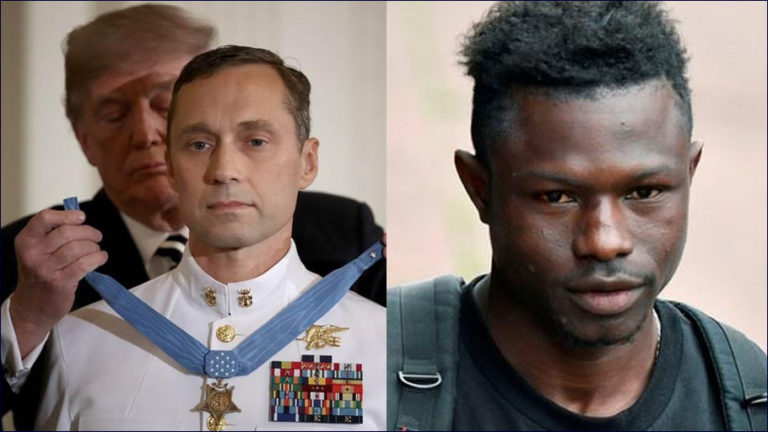 Getting into the White House is no easy task. There are multiple layers of security and an overwhelmed staff to accommodate the myriad requests. Yet my old-time Washington contacts paid off, and I was invited to last week's presentation of America's highest military award, the Congressional Medal of Honor.

We entered through the stately colonnade of the East Wing – with its polished marble floors, ornate chandeliers, and opulent drapery – while serenaded by a military ensemble in immaculate white uniforms. 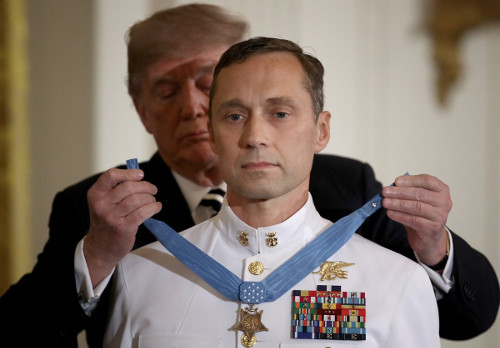 Soon the band was playing "Hail to the Chief," and in walked President Trump, accompanied by the medal recipient, Navy Seal Britt K. Slabinski. The President took the podium to describe the remarkable act of bravery leading to this honor:

In the post-9/11 battlefield of Afghanistan, a U.S. special forces team rode a helicopter to the top of a snow-covered mountain for what would be the highest-altitude battle in American military history. Al Qaeda promptly attacked the American soldiers with rocket-propelled grenades, causing their helicopter to violently lurch – and crash land.

That's when Slabinski boldly sprung into action. Despite having barely survived the crash, he charged back up the mountain – outmanned, outgunned, and in the untenable position of fighting uphill.

Through a hail of machine gun fire, freezing temperatures and bitter winds, Slabinski reached a wounded comrade, hoisted him onto his shoulders, and carried him through waist-deep snow down the steep mountain. Faced at one point with a treacherous, icy cliff, Slabinski fashioned a makeshift harness out of gun straps and hoisted the wounded soldier down.

At the White House last week, Slabinski stood solemnly as the President described his exceptional valor during that harrowing 14-hour battle. 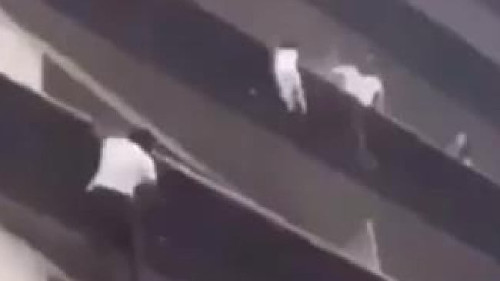 We typically associate the term "hero" with acts of super-human bravery, such as last week in Paris when 22-year-old Mamoudou Gassama climbed up the facade of a 4-storey building in under a minute to rescue a toddler dangling from a balcony. Gassama was feted as a national hero in the presidential palace and the global media.

What we don't always appreciate, however, are the day-to-day opportunities for heroics. Imagine you're late for an important meeting and are rushing to get there, desperately shaving off every precious second. As you reach the office building entrance, an old man gets to the door a split-second before you. He's moving verrrry slowly and your choice is either to push him aside or lose a good 10 seconds.

Assuming you make the second choice, there's a tendency to express displeasure with a comment, by loudly clearing your throat, or by silently fuming at the "horrible inconvenience" this man has caused.

Or, you could take a deep breath and – heroically – let go. That internal choice requires so much patience and discipline that for many it would be considered a small but genuine act of heroism.

Like Mamoudou Gassama, life presents everyone with opportunities for such heroics.

Beyond self-control, there are the frequent opportunities to "heroically" assist others as well. That's why the Torah juxtaposes the command to "love your neighbor," next to the prohibition “Don’t stand by your brother’s blood” (Leviticus ch. 19). It's not enough just to be a "good person." If another is in need, we must get involved to help.

The Talmud says that Adam was created alone so that every human should say: The world was created for me alone (Sanhedrin 37a – God is putting the world into our hands and each of us responsible for everything we see.

The world is beset by so many problems. We all have the ability to rise to the challenges we see and take action. We may not receive a Congressional Medal of Honor, but by living up to our responsibilities we can all become heroes.