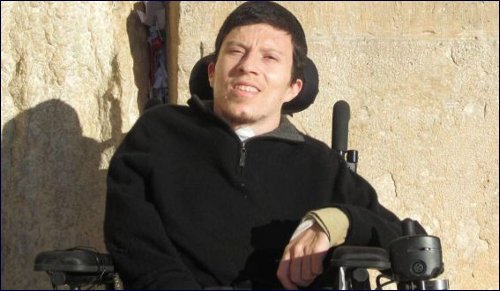 Rafael Shachar Weissberg ran a marathon every day without moving a foot.

Running a 26.2-mile marathon pushes you beyond your comfort zone.

The human body can only withstand a maximum output of about 20 consecutive miles before it begins to breakdown. The runners’ “technical” term for it is bonking, otherwise known as hitting the wall. The energy supply to your muscles is exhausted and therefore they start to break down muscle protein to keep you going, increasing cramping and decreasing performance.

With optimal training, distance runners condition their bodies to most efficiently burn fuel and mitigate the bonking process as much as possible. But it still takes place, it’s inevitable. And it’s really uncomfortable – to say the least.

But we keep going – hopefully – and push ourselves beyond our comfort zone to the finish line.

On March 9, I’ll be running the Jerusalem Marathon in memory of, and motivated by Rafael Shachar Weissberg. He ran a marathon every day without moving a foot.

At age 8, Shachar was diagnosed with a debilitating neurological illness which forced him to undergo multiple surgeries over the course of several years. At one point his doctors decided that a risky, yet necessary operation had to be performed, which tragically led to his paralysis soon after. 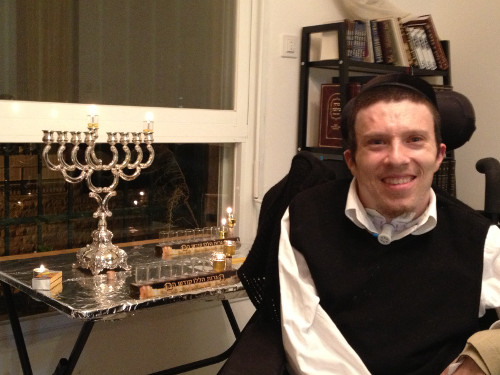 For the remainder of his life, the minimal ability to move his arms and legs continued to decrease as his constant pain and discomfort increased. But you would never know it.

For five years, I had the merit of being neighbors and becoming friends with Shachar and his family in Baltimore. Soon after moving into the neighborhood, I was told of a nearby home minyan held for a wheelchair-bound boy. I decided to check it out, motivated as much by convenience as altruism.

Not sure what to expect, I found a young man whose significant physical disabilities were outshined by his warmth and wisdom. And the smile. It was genuine, inviting and constant, only to be pushed aside by the rare grimace. And I mean rare.

How could that be? His condition caused him continual agony, despite the cadre of pain meds he took. He was an extremely sharp, erudite yeshiva student who had a normal, welcoming demeanor while enveloped in a body that continued to lose function. When I met him, the extent of his physical autonomy had already deteriorated to slight movement of his left hand. Nothing more. 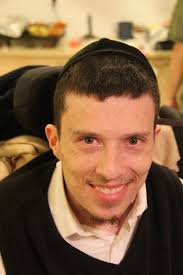 His pushed himself to learn as much as he could because his mind and soul thirsted for Torah knowledge. He never drowned himself in sorrow, even though he could barely take a few sips from the straw in his drink.

Shachar pushed himself miles beyond his comfort zone just by waking up in the morning. Shachar didn’t really have a comfort zone. Multiple tumors developed over the years causing constant pressure and pain on his nerves. Extreme discomfort was his starting point.

He derived his other-worldly energy through connecting with people, learning Torah and being a sibling, neighbor and friend. It certainly wasn’t from the few morsels of food he could barely manage to consume each day.

Rafael Shachar Weissberg succumbed to his illness this past Dec. 5, at the age of 37.

I feel obligated to incorporate those life lessons I learned from Shachar and try to push beyond my comfort zone as a merit for his very special neshama. Running the hilly and holy streets of Jerusalem is an ideal occasion.

We all have daily opportunity to test our limits – whether it’s not hitting the snooze button for the third time, staying an extra five minutes in shul before running off to work, or holding back that sharp-tongued comment to our spouse, child or friend. 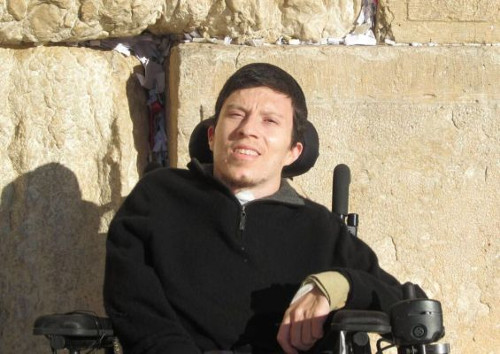 Adhering to boundaries, holding ourselves back, or pushing ourselves forward, requires intellectual, emotional and physical effort that our bodies usually don’t want to exert. Change is difficult. Inertia is inviting.

We all have a choice – to either endure the discomfort of discipline or the comfort of complacency. To break out of our own personal comfort zones to achieve genuine growth and fulfillment, or continue feeding on the bitter dessert of regret and remorse. 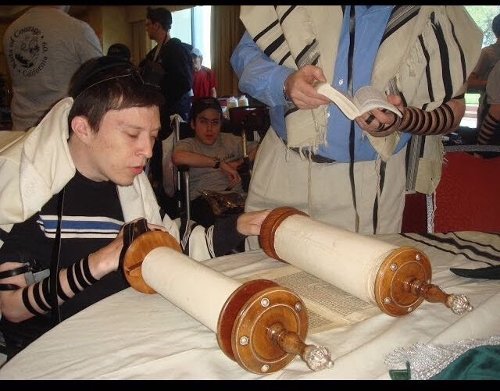 At around 10:30 on Friday morning, March 9, I should be approaching mile marker 20 of the Jerusalem Marathon. My body will not feel like running another 10 kilometers to the finish line. My leg muscles will be barking – real loud – like they have in my previous marathons, and I pray that the bunion on my left big toe doesn’t swell to the size of a walnut.

But I’m planning on pushing through, God willing. I’ll have a picture of Shachar on my left wrist and will look at to reinforce my commitment and clarity. If he could endure full days of unimaginable anguish and still keep smiling, I can certainly deal with six miles of discomfort. And I can certainly benefit from all the encouragement and support I can get. So if you just happen to be wandering the streets of Jerusalem that Friday morning with nothing better to do, find the marathon course and give a cheer or “way to go!” to me and 30,000 of my newest friends. 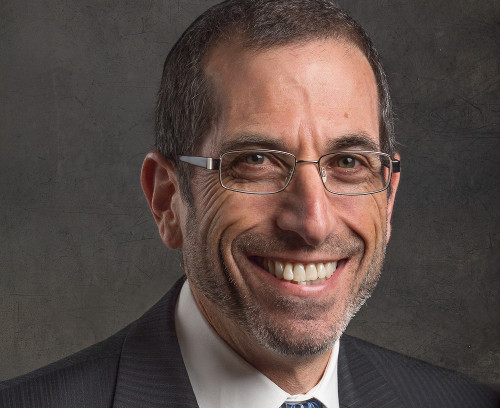 In the grand scheme of things, running a full marathon may be a noteworthy physical accomplishment, but it’s no indication of refined character development or spiritual growth – which are the true goals to which we all should aspire. But it can serve as an important lesson in self-awareness – that we can exceed our self-imposed limitations if we’re willing to break out of our comfort zones.

We all have our personal marathons and obstacle course of life’s challenges through which we need to traverse. Let’s try to tackle them for the merit and memory of Rafael Shachar ben Ahron haKohen. And let’s do it for ourselves, even if we don’t feel like it.

In the Shadow of Chernobyl, I Found Out I was Jewish at Age 16
Live Abortion Panel
Morality and Abortion: Three Views
There Are No Limits
Comments