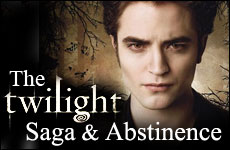 Edward is the perfect gentleman.

Ask someone if they’ve read the Twilight novels, or if they’ve watched the films, and you usually get one of two responses:

It’s a phenomenon that has caused euphoria and dismay in equal measure, and now it reaches its finale as the last film, Breaking Dawn Part 2, is released in cinemas.

The scale of Twilight’s popularity is astonishing. The gothic romance novels written by Stephanie Meyer about vampires and werewolves have sold over 100 million copies worldwide, and the four movies released to date have netted a staggering $2.5 billion at the box office. Popularity often doesn’t go with quality – the novels are indeed poorly written, but the ideas have certainly captured the public’s imagination.

For those who have kept themselves removed from the phenomenon, here’s a quick outline. Bella, an apparently ordinary teenager, moves to a new town and promptly becomes embroiled in an intense relationship with the stunningly attractive Edward, a fellow teenager at her school. Turns out he’s a 106 year old vampire. Darn. But all is not lost – he’s a good vampire – he and his family live on animal blood and don’t hunt humans. Great! As the saga progresses, 16 year old Jacob enters the scene. Bella forms a strong bond with him too, but what bad luck, he turns out to be a werewolf. (She needs to get a new Shadchan!) The plot continues, meandering from one melodramatic scenario to the next, with Bella regularly in mortal peril and being saved by the super beings and so on.

Sounds like a load of nonsense, right? Well, to be fair, much classic Gothic literature revolves around a ridiculous premise, but uses the fantastic as a platform to explore a topical theme. Mary Shelley’s Frankenstein, for example, examines the hubristic nature of science. The classic vampire novel, Dracula is essentially about the aristocracy feeding on the poor. These were the hot topics of the day. So what’s the burning issue that Twilight explores, and why has it proved so popular, particularly amongst young women who form its massive fan base?

There is one vital element to this Gothic romance which holds the key. Since Edward is a vampire he must continually resist his urge to devour Bella. This means he must always be in complete control of himself when he is in her presence, as he says, ‘”I could kill you quite easily, Bella, simply by accident…I can never afford to lose any kind of control when I’m with you.”’ (Twilight, p271) Edward is passionately in love with her, but is steadfastly committed to protecting her from the dangers around her, including the danger that he himself poses. He is, ultimately, the perfect gentleman.

This idea is completely and utterly irresistible to young women. Who could have conceived a more desirable hero? He has the Byronic charm – handsome, charismatic, but also dangerous, and yet in true chivalric fashion dedicated to keeping his beloved’s virtue and honor in tact. As the plot progresses, circumstances change and Edward suddenly insists, to Bella’s surprise, that they marry first. In fact, the exchange following his proposal is one of the sparse funny moments in the series;

Through Edward, Meyer manipulates the vampire myth to create a hero who is at once intensely passionate and fully committed to the concept of abstinence without seeming prudish.

‘Abstinence’ is the label given to the idea of waiting until marriage to engage in intimacy. The Bush administration pumped $270 million into abstinence education programs but it seems that the concept has actually been much more successfully conveyed by Twilight. In a study conducted by the University of Missouri in 2010, academics found that the abstinence message was the feature Twilight fans kept referencing as the reason Bella and Edward’s relationship was so appealing. Furthermore, they said it was because of the books, and not their parents or the education system, that they considered it a viable and desirable option.1

To me, the fact that the abstinence theme resonates so strongly with so many is no surprise at all. Deep down most people would love to live the dream of only having one partner, but this wish is clouded by the pressures of the grossly permissive and gratification obsessed culture in which we westerners live. It often proves too difficult for youngsters to resist; the power of conforming to a norm that is both corrupt and damaging is formidable.

Stephanie Meyer is well known to be a religious woman (though not Jewish) and her approach in this area is in step with Jewish values. Judaism states that men and women should behave with the utmost dignity in this area and avoid physical embroilment with the opposite gender entirely until marriage. Judaism regards intimacy as a holy act which is the consummation of a loving and committed relationship – emphatically not the casual and superficial activity it has become, undertaken with minimal commitment.

The two candidates for Bella’s affections, Edward and Jacob, must both overcome their instincts and retain absolute control to be worthy of her. It seems cynical to ask what is more unrealistic in this series: the existence of vampires and werewolves, or the existence of young men who are able to control themselves. But such a question points to a societal permissiveness that in some ways is stunting the spiritual growth of today’s youth. In Judaism, we believe that what makes human beings special is our ability to separate ourselves from our animalistic urges. Perhaps Twilight is teaching us that our animalistic sides can also teach us how to be human.

1, Jennifer Stevens Aubrey, Elizabeth Behm-Morawitz, Melissa A. Click. 2010 The romanticization of abstinence: Fan response to sexual restraint in the Twilight series. Transformative Works and Cultures, no. 5. 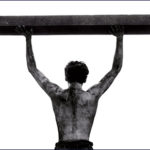 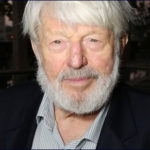 Theodore Bikel: A Jewish Man for All Seasons5 min read 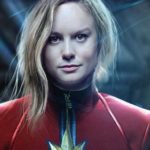 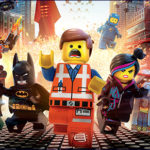