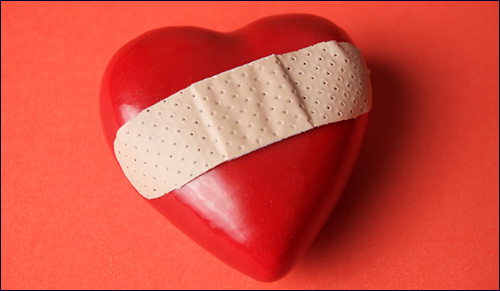 No one falls out of love.

Allow me to offer a Jewish perspective on what I believe are the three greatest mistakes people make about love. And in case you’re wondering what gives me the right to believe that I know some of the secrets of love, perhaps I’ve earned it as someone happily observing almost 60 years of marriage.

“I’m in love” is passive. “I love you” is active. The Hebrew word for love, ahavah, has as its two-letter root the word hav (give), preceded by the letter aleph, which means “I will give.”

True love is far more than an emotion. Loving is doing. It’s acting out of concern for another’s well-being. It is an affirmation of our willingness to give.

When people ask me how they can know if they are truly in love I tell them to ask themselves a simple question: Do they feel more joy in giving to the other person than in receiving from them?

Rabbi Eliyahu Eliezer Dessler, a famous rabbi, Talmudic scholar, and Jewish philosopher of the 20th century noted the striking truth that love increases by giving – the more we give, the more we love. That explains the striking anomaly that parents normally love their children more deeply than their offspring love them - not in spite of the fact that parents have done more for their children than the reverse but precisely because of it.

The world has it backwards when it comes to gift- giving. It measures love by how much we receive. Far better would be to determine the depth of love by what we are willing to give to one another.

Love is a verb defined by our readiness to sacrifice for it. Eric Fromm said, “Immature love says I love you because I need you. Mature love says I need you because I love you.” For the immature everything begins with fulfilling a personal need; for the mature, love is what creates the need to give which, by echoing God’s love of the world, fills us with nothing less than a taste of divine bliss.

2. The opposite of love isn’t hate, it’s indifference.

Antonyms help us better understand the real meaning of words. We’ve established that love is a verb, an idea that needs to turn feelings into actions.

Let’s take that a step further and identify love’s greatest enemy. Marriages aren’t most often destroyed by “acts of war” between partners. Like plants that need constant watering, marriages wither from lack of the basic attention human beings require to combat the fearful state of solitude.

We need to remember why God originally created a partner for Adam. After every act of creation, the Torah tells us he proclaimed it good. But then for the first time God used the words “not good”: “It is not good for the man to dwell alone” (Genesis, 2:18). Commentators clarify that God was noting retroactively that everything which He had previously called “good” would not warrant that appellation if experienced alone. Love was meant to allow us to view the world through the eyes of others as well as our own. Love was intended to allow us to share the kind of friendship that turns two people into one, not only physically but emotionally and spiritually. Love permits us to care and to be cared for, to live and to share our lives, to dream and to know that our innermost thoughts and secrets are important to another.

We don’t fall out of love. We fall out of caring and sharing, out of communicating and connecting.

That’s why we don’t fall out of love. We fall out of caring and sharing, out of communicating and connecting, out of recognizing the importance of taking the time to appreciate moments we have together - and then we wonder whatever happened to love!

Love begins with passion and thrives with perseverance. Like any important project, it can’t be taken for granted. It requires constant work and effort. And its greatest enemy is indifference.

Lovers don’t usually go from love to hate. But they do very often go from love to boredom, from love to silence, from love to neglect and to lack of attention. One of the most profound secrets for maintaining love was encapsulated by the famous words from Arthur Miller’s Death of a Salesman: “Attention must be paid.”

The Sages offer a profound insight into the difference between temporary and permanent love: “A love that is dependent on something – when the thing ceases, the love also ceases. But a love that is not dependent on anything never ceases (Ethics of the Fathers, 5:16).

Temporary love is love that is based on a particular feature of the beloved. He is rich. In time he may lose his wealth. He is virile. In time he may lose his strength. She is beautiful beyond words. In time she may lose her good looks. True love needs to build a foundation of permanence on the entire person. To love someone is to be aware of their failings as well as their most favorable characteristics. It is not to love because of one thing but to love because of everything – the totality of another human being to whom you have decided to commit yourself because you recognize in that person the values and the ideals that mean the most to you.

The wisdom of the Talmudic teaching is to remind us that no person can ever be summarized by one trait nor romantically idealized by one attribute. We are, all of us, purposely designed to be unique and a remarkable combination of many different parts to our being. Even our faults may serve, from a divine perspective, to attract another whose different personality and abilities may be just what we need for self-improvement. As the Bible tells us, God created woman to be “a helpmate opposite him.” Not identical, but opposite – which is probably why opposites in some sense attract. Each party in a love relationship has the ability and the opportunity to improve the other.

Love that is meant to last accepts the whole of the other. It forgives flaws and does not expect the impossible. It finds fulfillment in knowing that togetherness makes each one of them better even as neither one alone deserves to be loved merely for one particular reason.

The goal of true love is eternity. It is validated by the passage of time. It is confirmed by the words “I love you” that continue to be offered one to another in spite of the wrinkled faces, the stooped posture, the diminished hearing and the physical ravages of old-age.

It is a love which, when asked for its reason, responds with no single answer other than “because it is you.”

When the Victims of Terror Are Not Jews

FBI and the Soul

Cancelling 'Anti-Semitism'
Should I Break Up, Get Engaged or Keep Dating?
Time Is Your Precious Commodity
A Constant World in Flux
Comments
MOST POPULAR IN Current Issues
Our privacy policy