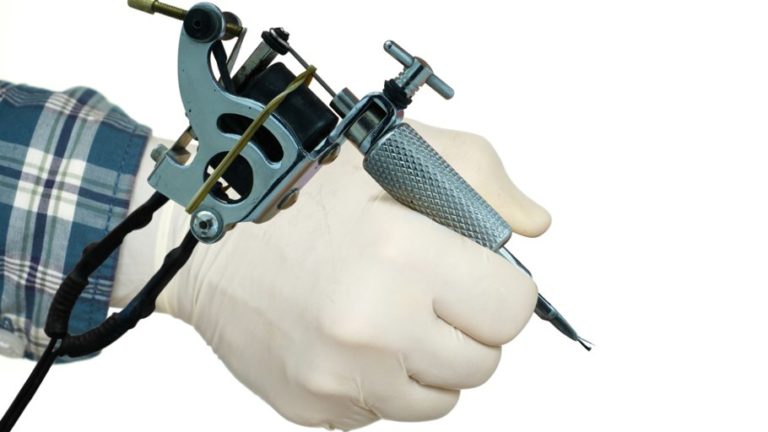 Tattoos? No biggie! Everyone’s got one these days. Why would I possibly object to a few, almost invisible, dots tattooed onto my chest? The radiologist’s team would then be able to set up their equipment properly, aim accurately, and zap away any remaining cancer cells that might be floating somewhere inside me.

It is possible that my reaction to this seemingly innocuous request would have passed without any adverse reaction, despite my hyper sensitivity to the subject of tattoos, if I had not already identified as a Holocaust survivor every time I chose to look into a mirror. Have you ever experienced the weird feeling of looking at a reflection of yourself but wondering who it is that you are seeing?

You see, for me, naked skulls meant only one thing. They were part of the dehumanization process used by the Nazis on their victims as they arrived and were herded off the cattle cars into concentration camps. These images were seared into my mind from childhood.

Not that I heard the word Holocaust bandied about by my parents and then later in life by my in-laws. For the survivors of the mass execution of Hungarian Jewry, talking about the past was not therapeutic. The method of choice for “dealing” with these memories of murdered family members and starvation was to bury everything deep, deep inside. Unlike today’s method of dwelling on and replaying even the slightest of negative experiences ad nauseum, they kept it all tightly wrapped in the basement of their psyches in order to be able to create for us, their children, a home that would feel safe.

Nevertheless, we children of survivors knew, we just knew. No words were needed to convey that something cataclysmic had happened to our parents. In hindsight, there were those not-so-subtle hints. No grandparents, no family photos, and of course those inescapable tattooed numbers on the arms of many in our small, tight knit community. In Auschwitz they were used as identification so that you were no longer a name, or a face. You became just a number.

Those blue numbers on their arms stubbornly remained, even as they themselves began to disappear and metamorphosize into frightening portraits of skeletal bones or typhus ridden walking ghosts, clinging to whatever life was left. If you couldn’t or wouldn’t fight to live you became a number once again. One of the six million. A drop in the bucket of those gassed, shot and beaten to death.

My grandmother and her three youngest sons, my uncles, were inmates of that hell but for a moment, and then they were gone. They reappeared as smoke drifting into the sky over Auschwitz/Birkenau. Their cremated ashes and those of their friends and neighbors nourished the green grass of the massive campgrounds that spring day in May of 1944.

It’s no wonder then that I got my oncologist to speak to my radiologist and they agreed to magic markered dots covered by tape instead of tattoos.

All was well, until I showed up for the first radiology “set up,” to be dotted and taped in preparation for the next week’s actual treatment. This tech person hands me a gown and tells me to put it on in preparation for the tattooing process to which I respond with a resounding, thanks but no thanks. Assuring her that I had permission from my oncologist and radiologist to bypass this part of the prep, she made a pronouncement that upended the matter of fact attitude I had used to cope with months of surgeries and chemo treatments. “Well!” she said with the tone of authority of one who is in the know, “That is not the optimal way of doing this.” She loudly repeated that statement just in case the cancer had affected my hearing.

Ensconced in the hospital gown proffered to me by this rocket scientist, I sat in the waiting room and worked on a needlepoint to pass the time. Tears poured forth in an unbidden stream with no end in sight.

An angel of a nurse who was passing through the area noticed and sat next to me, waiting to see if I would share. I gave her the short version of this story and she soothed my fears with these reassuring words, “You won’t be the first person refusing tattoos and you won’t be the last. It’s okay!”

Do not give unsolicited advice to cancer patients. You can’t possibly know what scars may lay hidden inside, waiting to surface.

The $700 per Pound Mushroom
It Takes A Lot Of Faith To Be An Atheist
How Instagram Brought Back This Nostalgic Soup
What Makes Eli Run?
Comments
MOST POPULAR IN Israel
Our privacy policy