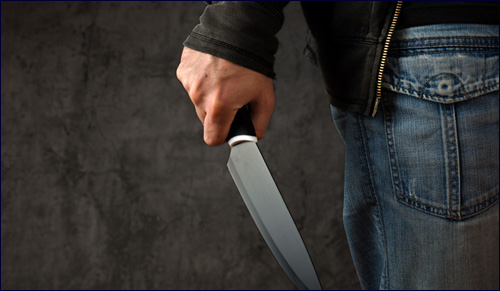 Calling evil by its rightful name.

My pain at the ongoing news of stabbings and murders of innocents in Israel reached an unbearable level when I learned that a member of our family, Rabbi Yeshayahu Krishevsky, 60, was mown down and brutally butchered with a meat cleaver in Geula, Jerusalem.

He was but one of many who were heartlessly massacred or critically wounded. It is the new reality of Israel – civilians living in fear of their lives for the sole crime of being Jewish. To add yet another element to the tragedy, if fortunate enough to slay the attackers the intended victims are then condemned by the media for the sin of defending themselves with “inappropriate force.”

It seems the one thing the world will never permit the Jews, perhaps as a manifestation of unacknowledged guilt in the aftermath of the Holocaust, is to allow them once again to be identified as victims. That is why the most obscene acts of barbarity we are witnessing today perpetrated against Israelis must be explained. Explained in a way that is able to rationalize the murder of parents in the presence of their children, leaving them orphans. Explained so that axing Jews to death while wrapped in their prayer shawls praying to a universal God of love will be understood. Explained so that those who teach their young children to murder are really the victims and those who carry out killings are courageous heroes fulfilling the ideals of a justifiable cause.

Here lies the most terrible sin of all in these varied attempts to describe the events tearing apart the fabric of enlightened society in the very land of the Bible which long ago marked the cradle of civilization. To explain is to begin to excuse – to exculpate. To displace guilt from evil act to seemingly rational motive. To offer reason for the unreasonable – a step down the path to Spinoza’s famous maxim that “To understand all is to forgive all.”

We need to understand, says our Secretary of State, more in sympathy with the offenders than the victims. With supposed objectivity, he announces that “We refuse to point fingers at the guilty party.” There is a mutual cycle of violence, the “wise” pundits tell us. It is the occupation, and the settlers, and the apartheid system, and the lack of opportunities for the Arabs, and the cruelty and insensitivity of the Israelis, and so many other justifications for “moderate” Palestinian President Abbas to proclaim, “We bless every drop of blood spilled for Jerusalem, which is clean and pure blood, blood spilled for Allah” and to openly incite acts of terrorism and violence.

The Muslim world repeatedly holds up murderers of innocent civilians as heroes, as the West refuse to brand evil as evil.

Giving the lie to these rationalizations are the background stories which failed to gain prominent mention. Isra Abed, 30, an Israeli-Arab divorcee with a young child living with her parents in Nazareth, took a large knife, traveled to the central bus station in the northern town of Afula, and tried to stab Jews. Not too long ago, Abed graduated from the Technion, one of the world’s finest institutions of higher learning, which she attended on scholarship. With her prestigious degree she was able to join the Israeli workforce, where a Technion grad’s average monthly salary is much higher than the average wage in the local economy. What motivated her? Was she too a victim of apartheid? Was it the despair of an occupied people granted no privileges who had no opportunity for education to better their lot?

Have you seen the picture of Hassan Manasra, the young Arab teenager who stabbed and critically wounded an Israeli boy who was riding his bicycle in Pisgat Zeev? Hassan , who President Abbas claimed was cruelly executed for no reason in an incendiary speech to his people, is resting comfortably in a bed in Hadassah hospital. He is alive and well, provided with free food as well as the best medical care – as are all terrorists who managed to survive their murderous killing sprees.

The Muslim world repeatedly holds up murderers of innocent civilians as heroes, names streets and parks after them, and portrays them as revered role models for their children. And we in the West refuse to brand evil as evil.

Has our infatuation with moral relativism brought us so low that we can no longer recognize pure evil and call it by its rightful name? When innocents are routinely murdered and I grieve for my family’s loss, it’s time for the supposedly civilized world to identify it as crime and demand its unequivocal end. There are moments when it is much more important to denounce than to seek supposed reasons to justify barbarism.

6 Jewish Responses to the Coronavirus

Mel Gibson and the Jews
Don’t Believe in Other Gods Versus God is One
Seeing Without Eyes
Why Shouldn’t We Eat Whatever We Want?
Comments
MOST POPULAR IN Current Issues
Our privacy policy
Aish.com Is Looking for Great Writers