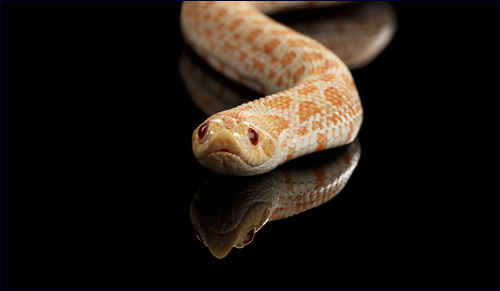 Evil crawls toward us, but we can choose to use our legs and run away.

My Nana Evelyn was born in Russia and her family owned a dry goods store. When Jews were no longer allowed to own businesses, the store was placed in the name of a Gentile neighbor. A relative of this neighbor often shopped at the store because he knew he would receive discounted prices. Amidst a wave of violence in Nana Evelyn's community, several Jews were badly beaten in the street. This man was among the attackers.

A few weeks later, he came into the store and realized that Nana Evelyn's parents were aware of his involvement in the violence. He shifted from foot to foot and confessed how badly he felt about what happened. My grandmother remembers that her father busied himself among the shelves, but her mother glared at this man, eyes blazing.

"It wasn't my idea," the man went on to say. "And I wasn't the only one doing it." He quickly made his purchase and left the store.

When God condemned the serpent to slither on its belly, He was not simply punishing a wicked creature. God was promoting free will among mankind. Evil crawls toward us, but we can choose to use our legs and run away. This incident in Russia made such an impact on Nana Evelyn, that her mother's words became hers, and many times I heard Nana Evelyn use this expression when someone was trying to excuse bad behavior.

"The serpent crawls. We don't."

I am often inspired by Nana Evelyn's wisdom, especially during The High Holy Days when we soon begin reading Genesis anew. Her words are particularly poignant this year, for September, 2016 marks 75 years since the tragedy at Babi Yar when, right before Yom Kippur, over 30,000 Ukrainian Jews were marched from Kiev to a huge ravine and shot over a two-day period. It was the third largest massacre of Jews during the war. The slaughter was carried out by Ukrainian locals, the German army, military police and Einsatzgruppen C, one of the four Einsatzgruppen which collectively shot an estimated one million Jews after the Soviet Union was invaded in 1941.

In 1943, Heinrich Himmler spoke to S.S. officers in a secret meeting and praised them for their "natural tact" and the fact that they remained "decent" despite their involvement in mass killings. (He also warned them against personally profiting from the murder of Jews, for this – not the slaughter – would damage their character.)

Himmler himself was quite disturbed by the methods – not the results – of a mass shooting he witnessed in Minsk in 1941.

Despite extolling the Einsatzgruppen's nerves of steel, Himmler had come to realize the terrible effect this carnage was taking on the murderers. Himmler himself was quite disturbed by the methods – not the results – of a mass shooting he witnessed in Minsk in 1941. Members of the Einsatzgruppen had a high rate of nervous disorders, alcoholism, drug addiction and suicide. And why shouldn't these bloodbaths have taken a toll? How difficult it must have been to hear mothers begging for their children's lives, to see blond, blue-eyed Jews lined up at the pits, or to shoot Jews who might speak German!

This "touching" concern for the welfare of the murderers was one of the reasons Himmler sought alternate methods of killing. Dropping gas pellets down a chute without having to lay eyes on the victims was so much less taxing, and members of the Einsatzgruppen were reassigned once the switch to gas was made. After the war, 24 Einsatzgruppen commanders were tried for crimes against humanity. Four were executed. Within ten years, the rest died of natural causes or were granted early release from their prison terms and absorbed back into society.

The men who made up the Einsatzgruppen were not all illiterate, pre-war thugs. Many came from middle class, educated families. Still, they were able to demonize an entire group and take pride in murder. They placed a shroud of soil over the Jews they shot and draped themselves in medals.

We cannot be sure how many of these men were unwilling participants. But we don't need to know because we know what they did. Photographs show that at least some of them posed for pictures and smiled or carried on nonchalantly. We also know that no one in the Einsatzgruppen was forced to shoot Jews. Only a few opted out of participating by refusing to shoot, requesting reassignment or asking a local to take his place. Perhaps some of these men were demoted, mocked by their compatriots or left out of the nightly card game. But there is not a single record of any court marital, imprisonment or execution of those who wouldn't murder Jews.

We have legs. We have choice. Let’s be sure to use it.

This is why my grandmother's saying – "The serpent crawls. We don't." – fills my head with unusual intensity as this High Holy Day Season approaches, along with the 75 years since the bloodbath at Babi Yar.

It is important to remember that it doesn't matter if the serpent is dressed up in a smart uniform or sings catchy tunes. It is irrelevant if the serpent uses "liquidate," "exterminate" or "evacuate" as substitutes for "murder." It is immaterial that the serpent shouts "God is great!" and speaks of glory in the afterlife.

The serpent can still only crawl. We have legs. We have choice. Let’s be sure to use it.

Nothing Will Ever Be The Same

Pharaoh, Putin and Why This Passover is Different
Why My Iranian Mother Didn’t Want Me to Become a Religious Fanatic
The Jewish History of Prague
Why the Sexual Revolution was Bad for Women
Comments
MOST POPULAR IN Current Issues
Our privacy policy
Aish.com Is Looking for Great Writers