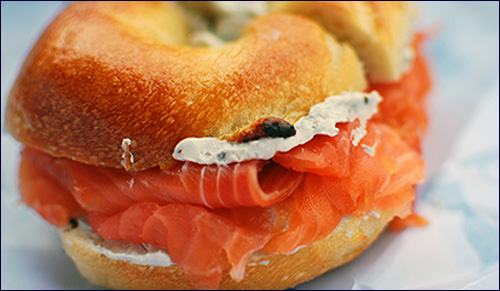 The new Pew study of American Jews is out. And Mark Miller has something to say about it.

The survey was conducted from a pool of 70,000 respondents. This immediately raises some vital questions:

22% describe themselves as having no religion. They’re just saying that to hurt their parents.

According to the survey, American Jews are overwhelmingly proud to be Jewish, even factoring in Joan Rivers’ appearances on the Shopping Network. The survey suggests, however, that one out of five Jews, 22%, currently describe themselves as having no religion. They’re obviously just saying that to hurt their parents, who are only glad their Grandma Rivka is not alive today, because this would kill her again.

The survey estimates there are 5.2 million American Jews. My first thought upon hearing that was if each of them gave me just one dollar, it would make my life so much easier. But this isn’t about me. The survey provides a unique overview of the wide spectrum that makes up U.S. Jewry in our century.

Among the important findings:

Regarding the Middle East, American Jews tend to be more optimistic about peace with the Palestinians than other Americans, with 61% saying it is possible versus only 50% of the general public. 17% describe themselves as pessimistic about prospects for peace, checking the survey box for, “There will be peace in the Middle East when Miley Cyrus becomes U.S. Ambassador to Israel.”

The statistics about intermarriage are quite revealing. Whereas 44% of Jews said they were married to non-Jews, the number rose to 58% among those marrying since 2005. Unsurprisingly, 98% of those identifying as Orthodox married Jews, whereas 50% of Reform Jews and 31% of non-affiliated reported doing so. A surprising 23% claimed they would marry themselves if it were allowed because, “I haven’t even come close to finding anyone as wonderful as yours truly.”

1.2 million Americans describe themselves as non-Jews with “Jewish affinity.” In other words – confused.

The survey also includes a look at the views and characteristics of non-Jewish people with a “Jewish affinity,” or, as they are professionally classified – “Confused.” This group includes those who identify with a religion other than Judaism (generally, Christianity) and have no direct Jewish ancestry, but who still consider themselves to be Jewish in some way. This group represents 0.5% of U.S. adults, or about 1.2 million people, and serves as a boon to therapists nationwide.

When it comes to their political attitudes, those with a Jewish affinity are more conservative and Republican than either secular or religious Jews. They also go out of their way to try to learn the secret Jewish handshake which will get them better service at the deli. As a whole, Jews support the Democratic Party over the Republican Party by more than three-to-one: 70% say they are Democrats or lean toward the Democratic Party, while 22% are Republicans or lean Republican. The remaining 8% lean on their pillows during Passover, upon which has been embroidered, “Next year in Jerusalem.”

More than half (56%) say that working for justice and equality is essential to what being Jewish means to them. So, apparently, Martin Luther King was Jewish. I always suspected as much. And about four-in-ten say that caring about Israel (43%) and having a good sense of humor (42%) are essential to their Jewish identity. So, if you’re at a pro-Israel rally with a friend, and telling each other jokes, you’re good. Back home, you can rest your weary feet on your Next Year in Jerusalem pillow.

WouldJew Believe #12
Olivia Newton John’s Grandfather was a Nobel-Prize Winning Jewish Physicist
Don’t Believe in Other Gods Versus God is One
Seeing Without Eyes
Comments
MOST POPULAR IN Jewlarious
Our privacy policy
Aish.com Is Looking for Great Writers