The Pilgrims' Path: The Judaization of Jerusalem? 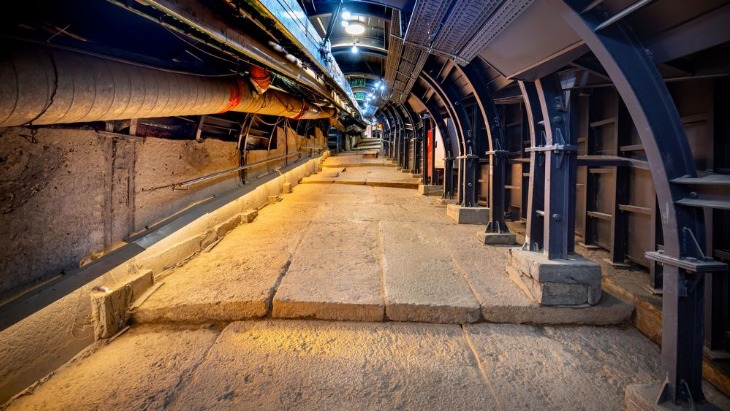 Archaeologist laud the path used by pilgrims to visit the Temple as one of the most significant finds from ancient Jerusalem.

It all began with a burst pipe.

When a sewage pipe burst under the East Jerusalem neighborhood of Silwan in 2004, construction workers were dispatched to fix it, and as is common practice in the city, a team of archaeologists were sent with them. What they discovered left them speechless: a set of stairs ascending from the nearby Shiloah Water Pool. Thirteen painstaking years of excavations later have now confirmed the identity of these steps as the start of a major thoroughfare for pilgrims visiting the ancient city, leading all the way to the Temple Mount. 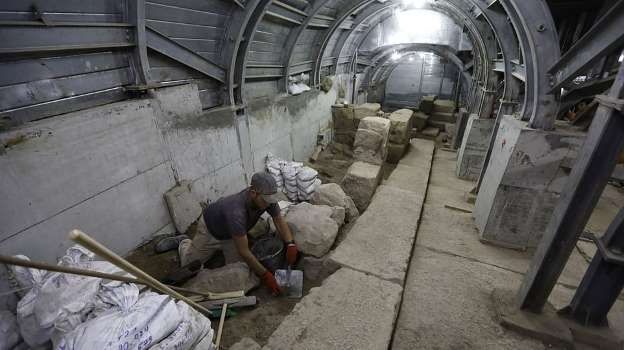 An excavator works to reveal the road buried underground

The path which is over 25 feet wide and almost 2000 feet long stretches from the Shiloah pool, where pilgrims would purify themselves, right up to the southern corner of the Western Wall where they would enter the Temple Mount through the Hulda Gate. Pilgrims would come to the Temple for the three major pilgrimage holidays, Passover, Shavuot and Sukkot. According to the Roman era historian Josephus, some 2.7 million Jews from across the Land of Israel would visit the Temple annually.

Last week, at a special ceremony a delegation led by US Ambassador to Israel David Friedman, the ambassador unveiled a 1100-foot section of the path. Touted as one of the most significant finds in Jerusalem, archaeologists say it’s impact on our connection to the city during Temple times is "monumental."

“There is nothing like this in Jerusalem,” Dr Joe Uziel, (44) who has worked for six years on the project, told Aish.com. “This isn’t just another street. We are talking about the path that pilgrims took on the final part of their journey to reach the Temple. It is made up of 10,000 tons of stones and a monumental connection to ancient Jerusalem.” 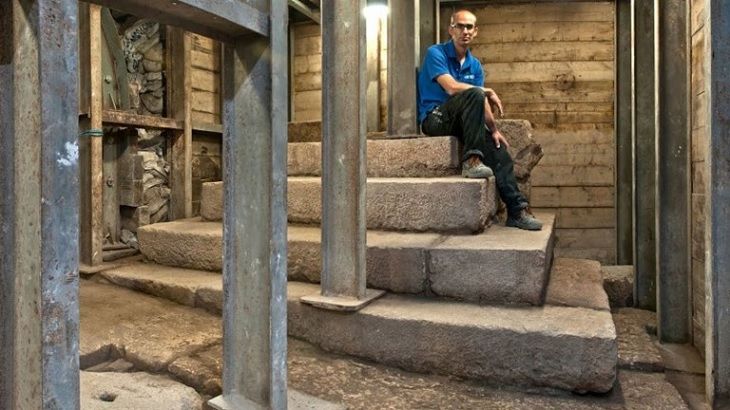 Dr. Joe Uziel on the steps of the platform along the Pilgrims Path, Courtesy Israel Antiquities Authority

Discoveries found at the site include a clay fragment bearing a drawing of the Temple menorah, several pots and jugs, as well as a gold bell, experts say was likely an adornment to the hem of the clothing of someone in ceremonial dress.

“At one part of the path we found a set of stairs leading to a platform,” Uziel explained. “There are many theories on what this could be, one of the most plausible is some kind of speakers platform, perhaps for preaching or giving instructions to the pilgrims as they approached the Temple Mount. Tens of thousands of people would have walked this path at a time.”

Truth as the bedrock for peace

During the ceremony last week, breaking through a specially erected plaster wall, to reveal the path, US Ambassador Friedman said its discovery had an important significance towards building a resolution to the modern Palestinian-Israeli conflict. 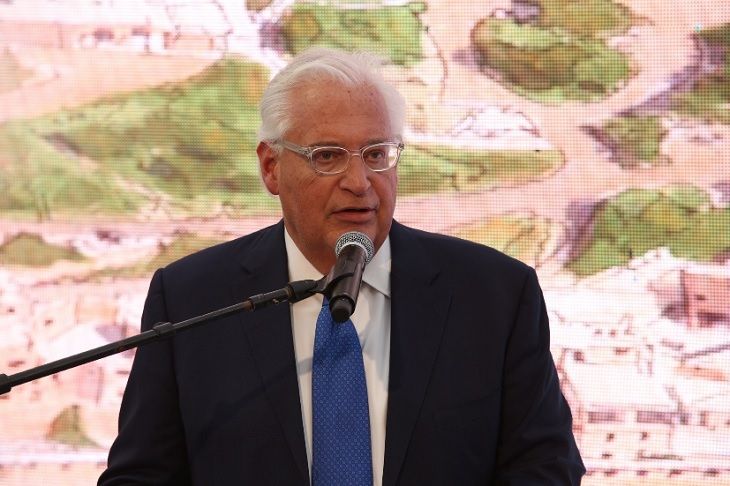 US Ambassador David Friedman speaking at the unveiling

“Peace between Israel and the Palestinians must be based upon a foundation of truth. This brings to life the historical truth of a momentous period in Jewish history and brings an end to the baseless efforts to deny the historical fact of Jerusalem’s ancient connection to the Jewish people.”

In response to the discovery and its unveiling, Saeb Erekat, the PA official spokesman accused Israel of “Creating a narrative below the ground to justify its occupation above the ground.” Echoing this, the Wafa Palestinian news network said the opening of Pilgrimage Road was an attempt to Judaize the Old city, and “impose the Israeli narrative, falsify history and impose its sovereignty on the ground by force.”

Doron Spielman, Vice President of the City of David where the excavations are taking place, answered the claims. “You can’t Judaize what is already Jewish. The claims of falsification of facts is spoken out of fear not only by the Muslim leadership but also by the radical left, holding on to a false history that has been taught since the late 1990s and paints an exclusively Islamic view of Jerusalem.” 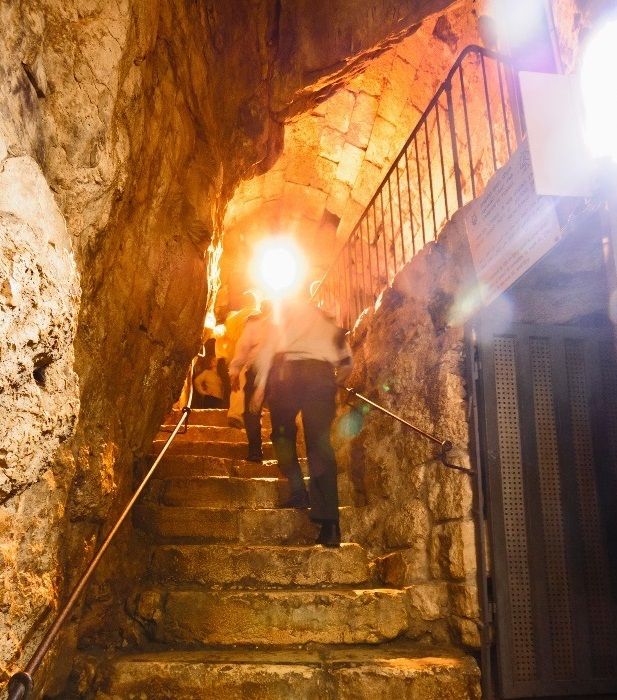 Staircase leading from the Shiloah Pool

"What we are seeing more and more is that this in complete disregard of the historical record. We are peeling back the layers of history to reveal a Jewish presence here that significantly predates the Islamic period.” He added, “When you walk upon these stone, you are face to face with empirical evidence of the Jewish connection to Jerusalem.”

Dr Uziel said, “We make sure to publish our data in peer reviewed international journals to show that what we have found is true. The presence of coins found lodged between the paving stones carry the date of the year 30 CE and are solid evidence of the period of this path.”

The Fitna Controversy
The Promise Of The Land
Which Chat Are You On?: Parshas Behar/Lag Ba’Omer
Do You Like Slow-Cooked Food? Thank the Jews
Comments
MOST POPULAR IN Middle East
Our privacy policy