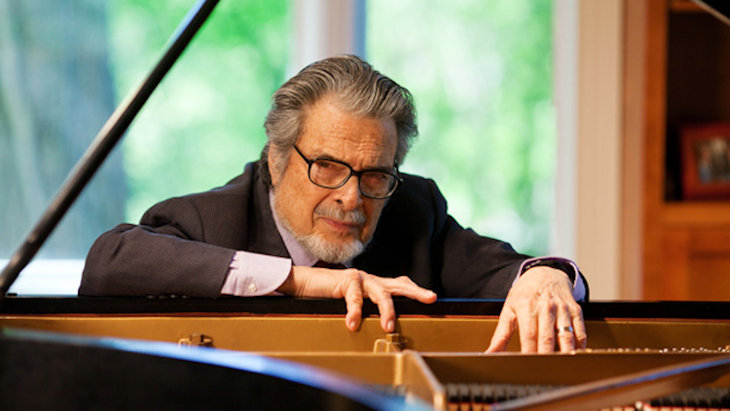 Leon Fleisher, who recently died at 92, built a piano career despite losing use of his right hand.

“I was desolate.” The year was 1964, and Leon Fleisher – one of the world’s greatest concert pianists – found himself unable to use his right hand.

From a young age, Fleisher’s family had done all they could to help him rise to the top of the global music scene. His parents were Jewish immigrants to America; his father Isidore from Odessa and his mother Bertha from Poland. They built a new life in San Francisco, managing two hat shops. Though they weren’t particularly musical themselves, they wanted their children to learn piano, and saved up to buy an old upright piano. When their first son, Raymond, was old enough, they arranged piano lessons for him.

Raymond dutifully practiced, but it was his younger brother Leon who really loved piano. “I remember hiding in a corner of the living room,” he recalled. Starting when he was four years old, Leon Fleisher would wait for Raymond’s lesson to end, then pick out by ear everything that Raymond had just spent hours practicing. For Leon, music was second nature. “It was a bunch of things,” he later explained: “The tactile sense – that was part of it. The sounds were beautiful. There was a kind of order, a kind of shape, a structure. There was a kind of logic… And it certainly awakened a whole mess of feelings in me. And I just enjoyed it. I loved it.”

When Leon Fleisher was ten, in 1938, he and his mother travelled to Italy so that he could study with the renown Austrian pianist Artur Schnabel. (Bertha told Leon he had two choices: he could either become the first Jewish president of the United States, or a concert pianist – Leon chose the piano.) Artur Schnabel was also a Jew. Originally from Germany he’d fled German in 1933 when Hitler first came to power, finding what he thought was a safe haven in Italy. Instead, by 1938 it was clear that Jews couldn’t feel safe anywhere in Europe. In 1939, Schnabel, Bertha and Leon Fleisher fled Europe for New York. 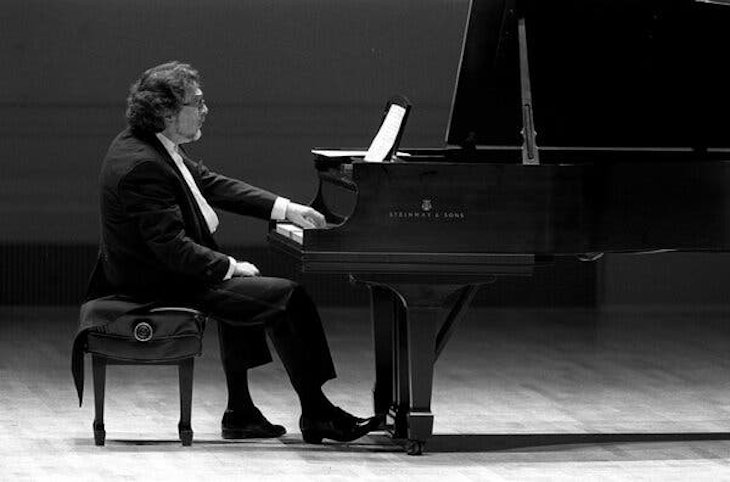 Performing at Carnegie Hall in 1995

Fleisher’s genius at the piano continued to grow. He debuted with the New York Philharmonic in 1944 when he was sixteen. Pierre Monteux, the conductor, announced that Fleisher was “the pianistic find of the century.” Still a teenager, Fleisher performed all over the world, winning contests and medals in Europe and the United States. He married, divorced, and married again, and began teaching in Baltimore’s Peabody Institute, a respected music conservatory in Baltimore.

Then, in 1964, disaster struck. “I was preparing for the most important tour of my life when I had a minor accident.” He cut his right hand on a piece of garden furniture and got stitches. To Fleisher’s horror, when he began to resume practicing the piano after the accident, things didn’t feel right. Soon, his fourth and fifth fingers began to lose their muscle tone, then to curl under. Within months, those two fingers on his right hand were completely useless and numb. Fleisher couldn’t even write his own name, let alone play his demanding piano repertoire.

Doctors were mystified. Despite various medical treatments, nothing changed. Fleisher cancelled his concert appearances. A series of recordings was called off. “My life fell apart,” he recalled and he fell into a deep depression.

He grew his hair long and sat around at home. He bought a motorcycle, but that didn’t bring him joy. Worse, his depression ruined his relationship with his wife and they later divorced. “I felt I had no purpose anymore. I was simply floundering.” 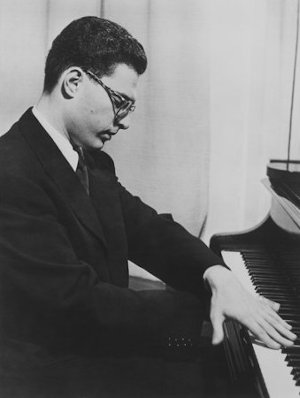 This inaction lasted for about two years – but then he realized something that gave him strength to change his life. Leon Fleisher, who’d moved mountains to learn piano as a child, who loved music from the age of four, couldn’t give up music entirely. It was too ingrained in him. He’d been trying many medical cures for his hand, including psychotherapy, and this possibly helped him develop tools to cope with his mental anguish. Slowly, he began to realize that it was music itself – even more than piano playing – that fed his soul. Fleisher resolved to nourish that side of him, even if he could no longer play a normal piano repertoire any more.

He began to teach once again. He told his students that the pain he’d experienced made him a more patient teacher. “I became far better at explaining those elusive areas of expression and nuance that are so difficult to express in words,” he realized. He also began to conduct, a practice he could still engage in, even though standing in front of an audience made him feel intensely self-conscious.

“I thought about Paul Wittgenstein,” Fleisher explained, “the Austrian concert pianist whose right arm was shot off in the First World War. He commissioned works for the left hand from Richard Strauss, Korngold, Hindemith, Prokofiev, Ravel and Britten, so there was existing piano literature for pianists with no function in their right hands.” 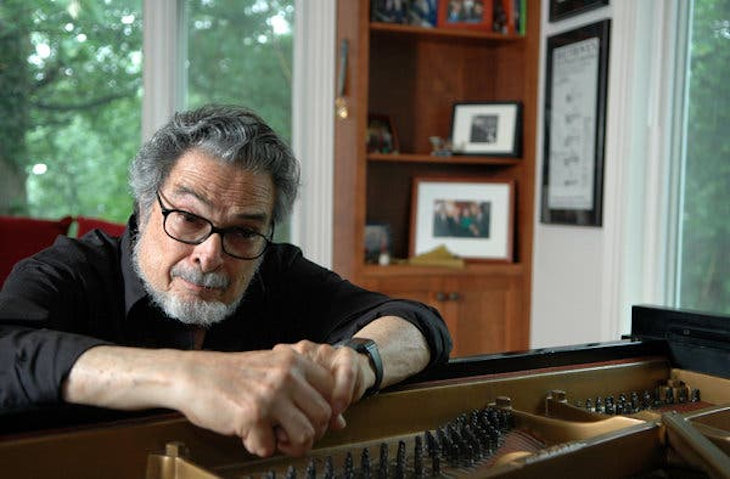 Some contemporary composers, including Lukas Foss and William Bolcom, also wrote pieces for left hand specifically for Fleisher. Even though these many left-handed pieces weren’t enough to sustain a concert career, they offered Fleisher a way back into performing, and he grabbed it gratefully, resuming the performances he so loved.

In 1982, Fleisher married for a third time, the pianist Katherine Jacobson; the pair performed together until his death August 1, 2020 at age 92. He never gave up trying to find a cure for his hand’s partial paralysis, and in the 2000s, he did regain some use and was able to play two handed pieces again – though he said he never felt the same fluency as when he was young.

His determination to continue playing the beautiful music he was capable of inspired audiences. No matter what obstacles stood in his way, Leon Fleisher was determined to continue to express the music that was in his soul. “There are forces out there,” he explained, “and if you keep yourself open to them, if you go along with them, there are wondrous surprises.”

In a sense, we are all little like Leon Fleisher. We each have beautiful music that only we can contribute to the world's magnificent, ongoing symphony.

Sometimes it feels impossible to play our part; the obstacles we face can feel insurmountable. Leon Fleisher’s remarkable example can remind us that the limitations and handicaps we face can help us bring out our music, if we let them. The obstacles we encounter help shape us into who we are and give us opportunities for growth.

We all have a unique part to play, a piece of music in our souls to create and set free.

Helping Ukrainian Refugees in Poland
Don’t Believe in Other Gods Versus God is One
Seeing Without Eyes
Why Shouldn’t We Eat Whatever We Want?
Comments
MOST POPULAR IN Current Issues
Our privacy policy
Aish.com Is Looking for Great Writers