The Olive Branch on the Temple Mount 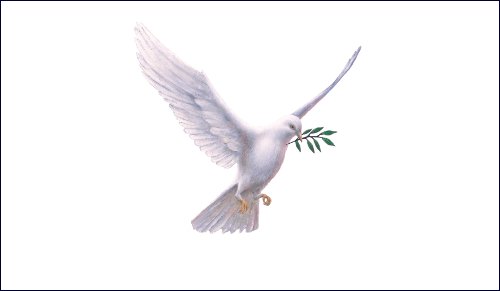 Two American Congressmen discover it’s a crime to bend down and pick an olive branch on this sacred spot.

Two American Congressman on a fact-finding mission to Israel last week found out far more than they ever expected when they visited the site of the Temple Mount.

Just before a planned visit with Prime Minister Benjamin Netanyahu, Congressman David McKinley of West Virginia and Congressman Scott Tipton of Colorado decided to preface their meeting by going to the spot which for Jews is the holiest place on earth. They wanted to see for themselves what Jews experience on this most sacred site which, in the interest of peaceful relations with the Muslim world, Israel conceded to the control of the Waqf, the Islamic religious authority.

What happened to them is almost beyond belief.

The Congressmen, like tourists everywhere, thought it might be nice to bring home a souvenir. Spotting an olive branch on the ground, Congressman McKinley bent down to pick up the universal symbol of peace. The Waqf, the Muslim organization given authority over the Temple Mount, forbid people who are not Muslim from bending down, the equivalent of bowing. Similarly, nothing may be taken off the Mount by outsiders, whether it is an olive branch or even a stone or pebble.

So the Muslim Waqf insisted that the Congressmen be detained by the police, turning the olive branch into a symbol of irrational hatred.

The source of the olive branch as a symbol of peace comes the Torah. In the aftermath of the great flood, Noah sent out birds from the ark to check if the waters had receded sufficiently in order to return to dry land. The raven he sent out first found no place to rest and returned, alerting Noah that the time had not yet come. Next he sent the dove, but with similarly disappointing result. Finally, on the 301st day of the great flood, Noah sent the dove once more, and this time “the dove came unto him in the evening, and, lo, in her mouth was an olive leaf plucked off, and Noah knew that the waters were abated from off the earth” (Genesis 8:11).

It was a sign, too, that God’s anger had been appeased. It meant the end of destruction and devastation. God had completed his punishment of the generation that worshiped violence and was filled with corruption. It was time for a new beginning.

So the olive branch became a symbol of peace and good tidings. In ancient Greece, olive wreaths were awarded to Olympic victors. On July 4, 1776, a resolution was passed that allowed the creation of the Great Seal of the United States. On the Great Seal, there is an eagle grasping an olive branch in its right talon. The olive branch has 13 olives and 13 olive leaves to represent the thirteen original colonies.

However the American Congressmen learned that extending an olive branch of understanding, of love and of brotherhood on the Temple Mount is not part of the vocabulary of the mount’s present managers. Congressman Tipton summed up the status on the Temple Mount and the Middle East quite clearly when he stated that “The irony isn’t lost (that) they (the Muslims) have a problem with the olive branch.” The Congressmen strongly denounced the manner in which the Muslims forbid freedom of worship to non-Muslims. They were appalled, they said, when they saw that Jews are literally treated like herds of cattle – on the holiest site to the Jewish people. What made this even more painful to them was witnessing firsthand how Muslims treat the Temple Mount with total disrespect, discarding rubbish and debris everywhere and acting with total disregard to the sacredness of the area.

In this era of so-called peace talks it would be wise for us to acknowledge another message the Midrash teaches in connection to the dove bringing back the olive branch to Noah. What is the deeper significance of the olive branch, the rabbis ask, and why do we need to know that the dove held it in her mouth? Rabbi Shlomo Yitzchaki , the foremost biblical commentator, better known simply as Rashi (1040-1105) quotes the following teaching of the Talmud: “The dove said, ‘Better, let my food be as bitter as an olive from the hands of God and not as sweet as honey from the hands of flesh and blood.’”

The message is clear: The olive branch teaches us that rather than placing our trust in the promises of peace from man, we should place our trust in God. Even if in the moment, that may seem a bit “bitter,” ultimately, it is this promise and covenant that will prevail.

And it is God Almighty who promised us that the site of the first and second temples will eventually be host to the third – under Jewish control but enlightening the entire world with its message of peace and of love for all of mankind.

10 Reasons Why Abbas is an Anti Semite

Terrorized By Numbers
The Promise Of The Land
Which Chat Are You On?: Parshas Behar/Lag Ba’Omer
Do You Like Slow-Cooked Food? Thank the Jews
Comments
MOST POPULAR IN Middle East
Our privacy policy