The Oil Crash and Israel 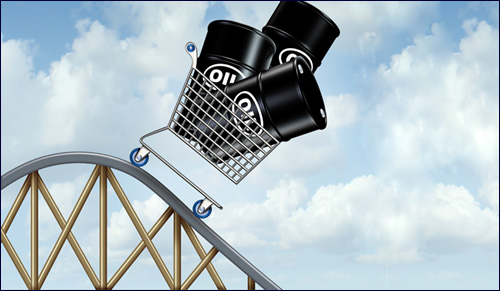 It's no accident that Israel has not been blessed with huge oil reserves.

Who would believe it? The price of gas in the United States has descended to levels not seen in decades. Oil prices keep plunging – a 20% decline since the start of this year alone. Global markets now offer oil below $30 per barrel. According to estimates from the International Energy Agency, “Unless something changes soon, the oil market could drown in oversupply.”

There is so much excess oil that there’s even talk of having to store the overabundance at sea. Most incredible of all, in a bizarre turn of events Bloomberg reported that Flint Hill Resources, a refining unit owned by the Koch brothers, said that they would purchase sour crude from North Dakota for $-0.50 per barrel. That’s right: a negative price. Oil has become so depressed that producers are paying buyers to take certain kinds of lesser quality oil off of their hands.

The world economy is bracing for a glut of oil that could send prices tumbling even further as demand cools while supplies of already-prevalent crude increase because of the newly lifted sanctions on Iran.

That not only has political ramifications of game changing consequence for the world and in particular the Middle East but, in a fascinating way, helps us to understand a biblical idea with regard to the land of Israel.

For the longest time Jews have had to look with a measure of puzzlement at the lands of their neighbors surrounding them. The blessings of natural resources seemed to be divinely meant only for the Arab world outside of Israel. Oil flowed freely for Saudi Arabia, Iran, Iraq, and the United Arab Emirates. Yet the Jews had to be content with a land metaphorically only blessed with milk and honey.

Indeed, this idea was already revealed to the Jewish people who left Egypt and were about to enter the Promised Land. The Egyptian economy was blessed by the waters of the Nile which assured them of fertility without having to fear the lack of rainfall to water their crops. But this gift was not to be part of the Jewish people's redemption.

“For the land to which you come, to possess it – it is not like the land of Egypt which you left, where you plant seed and water it with your foot like a vegetable garden. But the land to which you cross over to possess it is a land of hills and valleys; from the rain of heaven will it drink water. A land that the Lord your God seeks out; the eyes of the Lord your God are always upon it, from the beginning of the year to year’s end” (Deuteronomy 11: 10-12).

The Torah contrasts the land of Egypt with the land of Israel. The Nile River was a year round source of water. Irrigation channels were dug which were closed off by small doors. The farmer decided which areas of the field needed water and he would use his foot – “where you plant seed and water it with your foot” – to kick open these small doors which would allow a flood of water to enter the irrigation channels. Water was plentiful and simple to access.

The land of Israel, however, has no major water source. It is completely dependent on the rains from the heavens. Water would no longer be easily available to the Israelites as it was in Egypt.

The Torah was expressing a truth which seems counter intuitive and yet has been validated by many economists. On average, resource-rich countries have done more poorly than countries without resources. They have grown more slowly and with greater inequality – just the opposite of what one would expect. A large literature in economics and political science has developed to explain what has been given a name: it is called the 'resource curse'. And perhaps its rationale is rooted in the same idea that parents who over indulge their children by giving them obscene wealth and privilege without inculcating responsibility and a work ethic are in the most profound sense doing them more harm than good.

Israel lacked the oil and so it became the startup nation of the world.

Israel lacked the oil and so it became the startup nation of the world. In the book by that name, Start-up Nation: The Story of Israel's Economic Miracle, by Dan Senor and Saul Singer, they answer the trillion dollar question: How is it that Israel – a country of 7.1 million, a little less than seventy years old, surrounded by enemies, in a constant state of war since its founding, with no natural resources – produces more start-up companies than large, peaceful, and stable nations like Japan, China, India, Korea, Canada and the UK? Their answer: Hampered by an Arab nation boycott that makes regional trade impossible and endowed with precious little by way of natural resources, Israel has beaten the odds to become a major player in the global business world, especially in the technology sector precisely because it was forced to rely on its own brainpower instead of unearned and undeserved gifts from below ground others came to take for granted and used as substitutes for personal initiative.

So perhaps there is a divine message behind the rise and fall of oil prices. The wealth produced by natural resources gave the Arab world the fleeting blessing of prosperity – but it was a double-edged sword which brought with it the “resource curse” so clearly illustrated by the failure of its culture and its minimal contributions to civilization.

In spite of the oil fields of its Arab neighbors, the land of milk and honey is proving to be a better bargain and a bigger blessing.

Where Do the Jewish People Get the Strength to Go On?