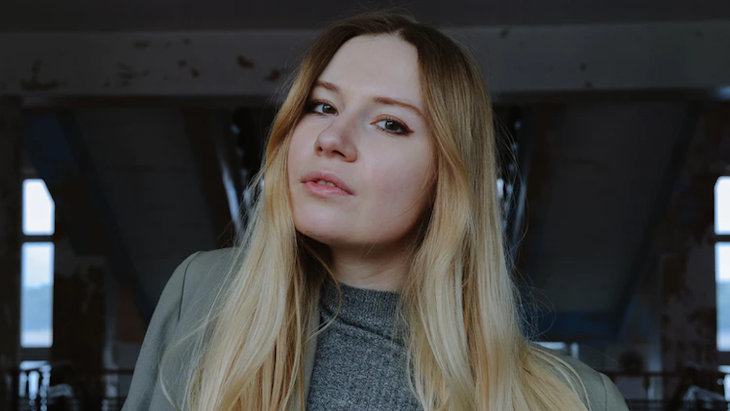 My encounter at a military museum left me shaken, confused and alarmed.

As the daughter of Holocaust survivors, my nervous system is on high alert. The growing rate of antisemitism in the world feels dangerously familiar. Am I ignoring the same warning signs that so many of Europe’s Jews did in the early 1930s?

Before the pandemic, when I traveled to Georgia for vacation, I had no idea that I would come face to face with my personal history in a small, privately-owned military museum.

Southern hospitality is not a myth, nor is its reputation exaggerated. As soon as I walked through the museum door on that hot and humid August morning and felt the relief of the air-conditioned room, a gentleman stepped forward to hand me a bottle of chilled water. I gratefully accepted it. At that moment, I could not have predicted the chills I would feel later when leaving the premises in haste and confusion.

This man introduced himself by name and let me know that the museum was his. He gave me an overview of the exhibits and walked alongside me for several minutes as I started the tour. I stopped at all the display cases, viewing the artifacts, and reading about various wars the US had fought. Before leaving, I wanted to say goodbye to the owner, just as a guest might do before leaving a crowded reception hosted by a friend. I approached the front desk to thank the proprietor for the tour he had given me earlier.

Laura*, the woman standing behind the glass showcase that served as the front desk, introduced herself as the proprietor’s wife. I thanked her for the tour and we exchanged friendly chitchat.

After a few moments, Laura stopped talking and turned to her right and left, as if to make sure no one was watching her. She gave me a conspiratorial look and said, “Let me show you something we have but don’t put on display.”

Reaching under the counter, she pulled out an old, worn leather wallet, opened it and spread out its contents. I found myself looking at Deutschmarks, coins and photographs. She spread out the faded black and white pictures so I could get a clear view of each one.

“My uncle found this wallet in the woods during the war,” she said with a thrill in her voice. She pointed to a picture of five young officers wearing Nazi uniforms and began kvelling!

She talked about their loyalty to the Führer. She didn’t hide her feelings – it was obvious that she felt fondly towards them and these pictures made her proud. This confused me. Her uncle was an American soldier fighting the Nazis in Europe. Why was she telling me how handsome these boys looked? The longer she talked, the clearer it became that the woman I was talking to was a Nazi sympathizer.

Her mouth kept moving, but I stopped listening. My mind was racing and the voice in my head was shouting at me.

Say something! Don’t just stand there politely! You have to confront her. You’re stunned but say something!

“Excuse me,” I heard myself stutter. “Excuse me if I look at things differently. My father was a Holocaust survivor. He spent five years in the concentration camps. His family, my family, was murdered by soldiers like the boys you’re pointing to in these pictures. So you can understand why I don’t see them the same way you do.”

In another time and place, Laura could have been my grandmother’s neighbor, the one who told the Nazis where my grandmother and her daughters were hiding

When Laura saw the look on my face, she swept all the pictures together, as if they were a deck of cards and the game was over. Without another word, I turned, left the building, and made my way back to the car, shaken and upset. I was shaken by Laura’s attitude and upset with myself that I hadn’t said more.

I sat in my car and played in my mind, over and over again like a looping video clip, the encounter I had in the museum - the friendly greeting, the Southern hospitality, the tour, the friendly talk with a Nazi sympathizer, then finally my response to her.

It was the 21st century and I had come face to face with a Nazi sympathizer. Why hadn’t I displayed more rage? As I thought about it more, it dawned on me that in another time and place, Laura could have been my grandmother’s neighbor, the one who told the Nazis where my grandmother and her daughters were hiding… the neighbor who stood by and watched as my grandmother and her children were shot at point blank range…the neighbor who was congratulated for a job well done.

When facing a traumatic event, we respond by using one of three defenses: Fight, flight, or freeze. Each of us have our own way of responding to a threatening situation and my typical response is to freeze. At first, when I heard Laura talking about the Nazi soldiers, I froze in shock. Then, the voice in my head commanded me to act. I could have said more, but the little I did say took every ounce of courage I had. I looked evil straight in the eye and confronted it. In that moment, I converted the freeze response to a fighting one.

Like many Jews, I worry that the rising antisemitism may engulf the world again. I worry that even the strongest protest, in whatever form it takes, or whichever body espouses it, is not sufficient to quash it.

My anxiety doesn’t usually climb to unmanageable levels, but I do have my moments. And during my very worst moments, I think about my family’s history in the Holocaust, and tremble in fear– it’s the fear that my grandmother felt as she stood with her two daughters, facing the Nazi who killed them all.

But then I remind myself that I do have it within me to face evil, if necessary, and fight.

She Just Doesn't Get It
Should I Break Up, Get Engaged or Keep Dating?
Time Is Your Precious Commodity
A Constant World in Flux
Comments
MOST POPULAR IN Current Issues
Our privacy policy