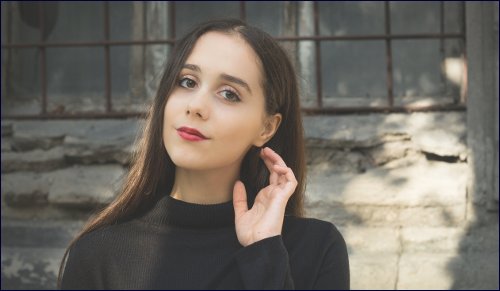 Was the problem me or her? Sometimes it’s hard to know.

“I noticed you had some nice suitcases when you moved in last week. We’re going on a trip overseas soon. Can we borrow a few?”

Standing at my door was my new next-door neighbor, Sara. We were both work-at-home moms and she was the only person in the building who shared my mother tongue. It seemed natural to me that we would cultivate a warm relationship.

“Certainly,” I replied with pleasure. I was already picturing our children playing together while we moms got to shmooze.

But when they returned, a funny thing happened. The neighbors parked our suitcases in the hallway and unpacked them there, slowly, over the course of a few days. And then they simply left them open in the hallway. The suitcases weren’t positioned next to my door, so they clearly hadn’t “returned” them yet. I felt funny just taking them back.

After a week of eyeing my suitcases every time I exited my apartment, I knocked on their door. “Are you done with the suitcases?” I asked in the most non-confrontational voice I could muster. “I was just wondering since they’ve been sitting in the hallway…”

“Yes, we are done with them,” Sara said simply as she closed her door.

I dragged the suitcases back to my house, wondering why she hadn’t even added a little “thank you.” Oh, never mind. They’re probably tired from their trip, I thought. Besides, we just moved in. I want to like these people.

A couple of weeks later, I hosted a secondhand sale in my home and Sara found a heater that I was selling at a great price. “This is great for my home office. Can I pay you later?” she asked me. I agreed.

The next morning, I was surprised when she handed me back my heater. “This is too small for me, so I’m not going to take it in the end.” I was a bit incredulous. Why didn’t she return it the previous day when I still had time to sell it? What would I do with it now? And she didn’t even apologize.

Oh, never mind, I told myself. Don’t rock the boat.

Over the ensuing months, I needed to adopt that “oh never mind, it’s not a big deal,” attitude over and over again. She borrowed things and never replaced them. She left large things in our shared hallway for weeks on end. When her freezer broke, her items became permanent fixtures in mine, and then she came knocking on my door at various times of day and night to retrieve them.

I had always prided myself on being a particularly giving person. Now I started to question my own self-image.

Sara seemed like a normal, with-it type of person who smiled easily. Perhaps I was just an overly rigid person who had trouble getting along with others? I had always prided myself on being a particularly giving person. Now I started to question my own self-image.

A couple of months after we moved, I woke up at 6:30 AM to the most horrible sounding noise that was much too close for comfort. “What is going on?” I asked my husband frightfully. It sounded like someone was breaking down my living room wall, the wall I shared with Sara. I threw on some clothes and raced over to her apartment in a panic. “Sara, what’s going on?”

It would have been nice if she had let me know in advance! “How long do you plan to be doing this construction?” I asked masking my annoyance.

That was a gross underestimation, and the timing couldn’t have been worse. I had a new baby at home, and the noise and dust were a terrible combination for her. I didn’t expect Sara to change her plans because of that, but it would have been nice to be prepared. I didn’t bother saying anything to Sara. What for?

I finally admitted that the problem couldn’t be me. Sara had blinders on and didn’t understand how her actions affected others. That was the more positive spin on things. The negative one was that she simply didn’t care.

When we hosted a “kiddush” in our home one Shabbat morning in honor of our new daughter’s birth, Sara didn’t even show up, despite my personal invitation. I knew she was home for Shabbat. How hard is it to come next door and wish mazel tov?

Knowing it would bother me if I just let it fester inside, I took a deep breath, gathered a plate of cake, and knocked on her door.

“Since you couldn’t make it to our kiddush, I brought the kiddush to you,” I told her graciously, as I handed her the plate.

“Thanks. I know I should have come over. I was just too lazy,” Sara said.

I smiled despite myself. What does one say to the undiluted, embarrassing truth?

Sara had made it abundantly clear that she had no excuse for not coming. After months of trying to be understanding, judging favorably, and stretching myself beyond my comfort zone, the façade came crumbling down. I had a lemon for a neighbor.

As I cleaned up my kitchen later that evening, my thoughts kept turning to Sara and how disappointed I was to accept the reality of our one-sided relationship. I called a mentor for a perspective on the situation.

Sara might be oblivious to the point of insult at times, but her obliviousness went both ways.

“Becca, the Torah’s obligation to judge another person favorably means you need to look at the whole person before you characterize them. Yes, Sara is not the neighbor of your dreams, but maybe those same traits that you find irritating in her really have a positive spin as well?”

I let that thought sit for a while. Sara might be oblivious to the point of insult at times, but her obliviousness went both ways. She was never rigid with me about anything: Not about my kids’ noise level, the mess, or anything else that neighbors might kvetch to each other about. True, I might prefer a neighbor who took responsibility a bit more seriously, but between the two extremes, laid-back wasn’t all that bad, was it?

It took some time, but after I made that mental switch, I slowly started appreciating Sara for who she was. I didn’t get bothered by her not returning things, her lack of gratitude for my favors, or her thoughtlessness. Rather, I focused on how lucky I was to have a neighbor who was never bothered by anything.

A couple of years later when Sara heard that we were moving, she approached me in the hallway. “I heard you are selling your place to the Goldbergs. We are so excited! Their kids go to the same school as mine. Maybe I’ll be able to carpool.”

Without missing a beat and ignoring the implication that she was glad I was leaving, I said, “I’m so happy for you, Sara.” And I really was.

Knocked Out by the Flu

My Mother, My Child
What Makes Eli Run?
The Tyranny of Materialism
Science Enters the Mysterious Inner World of Consciousness
Comments
MOST POPULAR IN Family
Our privacy policy