The Most Important Thing a Man Should Do for his Wife 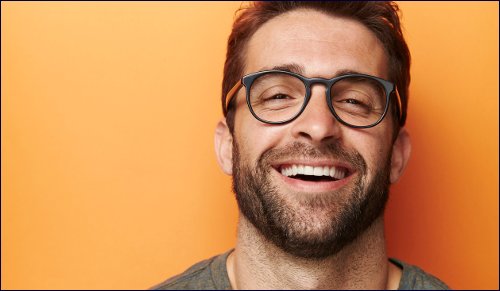 Giving in is a sign of strength, not weakness.

For the past two weeks I’ve been addressing wives about the singular importance of putting our husbands first. Since it takes two to tango, I would like to address the husbands. What is the one tool that men could implement that would make a significant difference in their marriages? To answer this question, I turned to my husband.

He actually suggested a long list of behavior and attitudes but when asked to boil it down to one, he said, “Always give in and always let it go.” Given my experience with him, I might amend it to “almost always” but that’s another conversation! But I can testify, he is very good at forgiving and letting go.

There are very few, if any, situations that are resolved by someone asserting that this is the way things are going to be done. The “my way or the highway” approach does not lead to successful relationships (did that really need to be said?). There may be sincere philosophical differences that require the intervention of a mutually agreed upon third party, but those situations are rare. Most disputes are over issues of relatively trivial value and giving in is the more generous approach. Does it really matter what color the walls are or which couch you choose? Can you trust your wife’s opinion about your children’s education? (If not, you may have a deeper problem that is beyond the scope of this piece.) Discussions are great; arrogance and assertions of power are not.

But what if you are a man who is all sunshine and light and yet your wife doesn’t always respond in kind? She’s a ….human being! She has her good days and her bad days and sometimes, despite all your best efforts, the conversation becomes contentious. The two of you get into a fight. How do you move on?

At this point, the best, the wisest, the most successful course is to let it go. The Torah admonishes us not to bear a grudge. If this is true for all of our relationships, how much more so for our marriages! Just let it go.

The more you hold on, the more resentment will build. The more resentment, the worse your marriage will be, until all you have left are the bad feelings with no memory of what caused them to begin with. Most issues are just not worth it. Maybe you lost your temper – apologize. Maybe she lost her temper. Yes, she should also apologize – but move on. Move past it. Whatever “it” was, it’s not worth holding on to. Not at the cost of your relationship.

Usually after a particularly heated discussion, my husband will say to me, “Are we friends again?” He is always willing to take the initiative. I confess to be less willing. Sometimes I’m grumpy and I mumble, “Not yet”. This is not the full credit response! But the point is, that even if you let go, your wife may still not respond in kind. It’s not magic. You’re not doing it to be noble or get your way or to get brownie points. You’re doing it because ultimately it’s good for your relationship and because that’s the kind of person you want to be.

So even if it takes her a little longer to come around, you’ve still taken the high road. You’ve still shown her that she and your marriage take priority over your ego, over proving who’s right, over your insecurities.

It is not easy. If it were easy everyone would be doing it. But just making the effort will make a big difference.

If this is new behavior, it might take a while for your wife to get used to it. She may be waiting for the other shoe to fall; it may take a few minutes, hours, days for your wife to recognize your silence and generosity. Don’t give up. You will be happy with the new man you have become – and chances are she will also.

Blame Game
Why Are The Prayers Of Yom Kipur So Repetetive?
Ha'azinu 5783: A Time for Unity!
Twisted Thinking
Comments