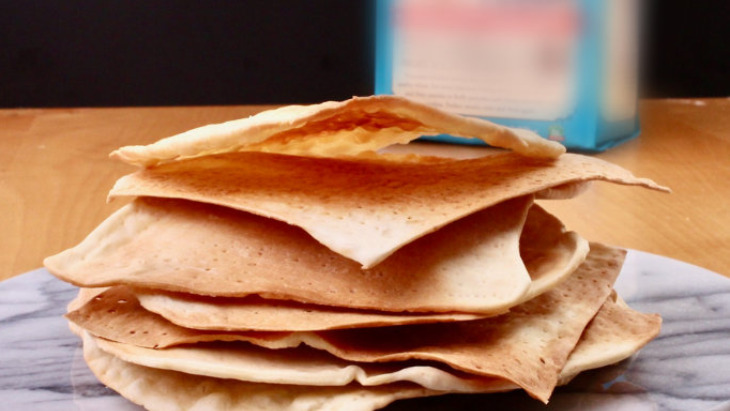 What no one told you about matzah.

Did you know that matzah represents humility?

In my humble opinion, the only difference between matzah and something fancy like a baguette is the amount of hot air it contains, and hot air (ego) is the opposite of humility. Humility is considered the best of all traits to acquire as it bolsters all of the other good qualities one already has. It also brings all kinds of benefits, including peace of mind, sound decision-making, and improved relationships. Since the Passover seder is about freedom, there is no more significant way to become free than by learning how to be humble. Matzah focuses us on humility and helps us get there.

Leavening agents (such as yeast) generate the hot air required to puff up bread. As such, it represents arrogance and self-fixation. There’s an idea that human beings are like dough, and we would be better people if not for that leavening. Matzah is only considered kosher for Passover if it’s made in 18 minutes or less - blocking off any chance of that leavening from doing its work and ensuring that our food and ourselves are all certified haughty-free. It’s no coincidence that the person who led the Israelites out of Egypt was Moses, who was called “the humblest of all people.”

At the beginning of the Seder, the leader breaks the middle of three matzos on the table in half. The smaller piece is left on the table while the bigger one is set aside and hidden as the “afikoman.” The meal is not allowed to conclude until that hidden piece is found and brought back to be shared by the group. The Aramaic word “Afikoman” actually means dessert. But who on Earth would want even more matzo after an entire meal? This helps to underscore the importance of humility to our growth as people and is one of the secret keys to achieving freedom on Passover and all year round. What could be sweeter?

Want to make your own matzah? If the Hebrew slaves could do it you can too.

7 Ways to Give Your Passover Seder a Unique World Cultural Experience
The Promise Of The Land
Which Chat Are You On?: Parshas Behar/Lag Ba’Omer
Do You Like Slow-Cooked Food? Thank the Jews
Comments
MOST POPULAR IN Food
Our privacy policy